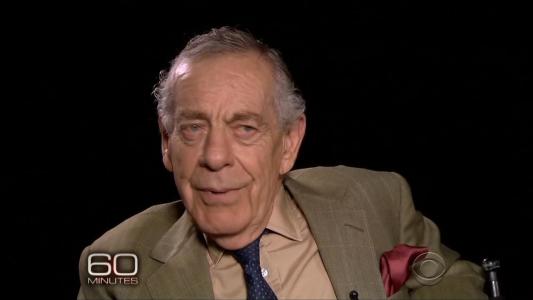 On Wednesday, CBS News announced that Morley Safer, 60 Minutes’ longest-serving correspondent, will officially retire this week. Safer’s first season with 60 Minutes was in 1970 and while the MRC’s archive is extensive, it doesn’t go back as far as Safer’s first year. But a review does find a few revealing examples of Safer’s liberalness over the years.

In 2004 Safer offered that he didn’t think much of former President Ronald Reagan as he determined: “I don’t think history has any reason to be kind to him.” More recently Safer bashed Fox News hosts who didn’t toe the liberal line, like he did, as he likened Sean Hannity to “junkyard dog” and praised comedian Stephen Colbert’s skewering of the “wildly inaccurate, but patriotic and combative” Bill O’Reilly.

Safer also denigrated the United States “as the most ill-informed nation about the rest of the world” and deemed the phrase “God bless America” was really just “code” for “God bless us and screw you.”

The following is just a few examples of Bill Moyers most liberal moments as culled from the MRC’s archive:

CBS’s Morley Safer: “You talk about a vision, and it’s some kind of abstract, vague idea. Did his [Ronald Reagan’s] vision include extraordinary deficits? Did his vision include cutting of the budgets for education and a back of the hand in terms of public education?”
CNN's Larry King: “History will not be kind to him?”
Safer: “No, I don’t think history particularly will be kind.”
King: “You don’t?”
Safer: “They’ll talk about all that superficial stuff that all of you have been talking about. But when it gets down to the real substance, I don’t think history has any reason to be kind to him.”
— CNN’s Larry King Live, June 14, 2004 discussion about Ronald Reagan’s legacy.

Correspondent Morley Safer: “Liberal politics has always been his [actor Alec Baldwin’s] passion....He has an impressive grasp of the issues and spends a huge amount of his time and money supporting causes he believes in....But his bare-knuckled approach to political discourse — ”
Clip of Alec Baldwin: “Not all Republicans are as insane as these extremist conservatives.”
Safer: “— has made him an easy target for conservative junkyard dogs like Sean Hannity.”
— From a 60 Minutes profile of actor Alec Baldwin, May 11, 2008.

“If you flip through the cable news channels any weeknight, you’re bound to see a collection of talking heads, or rather shouting heads, who draw large audiences with a diet of often wildly inaccurate, but patriotic and combative noise. The shows are not exactly news or entertainment, but are exactly outrageous. Bill O’Reilly perfected the formula on Fox, and others have successfully followed his recipe. With all of their excesses, it was only a matter of time before someone came along to skewer them. Well, the eagle has landed.”
— CBS’s Morley Safer during a profile of then Comedy Central host Stephen Colbert on CBS’s 60 Minutes, April 30, 2006.

“God Bless Us and Screw You”

“We’re the most ill-informed nation about the rest of the world, [CBS 60 Minutes correspondent Morley] Safer said....He watched the political conventions this summer from Europe and said he cringed at the ‘awful bravado’ he heard in speeches from members of both parties....By taking two minutes to acknowledge the international audience, Safer said, the candidates could have dispelled the air of superiority they emitted with their exhortation, ‘God bless America,’ a statement that he said seemed to be code for ‘God bless us and screw you.’”
— Story about CBS 60 Minutes correspondent Morley Safer’s December 5, 2004 appearance at the Stonington Free Library in Connecticut, as recounted the next day by Kate Moran in The Day newspaper in New London, Connecticut.

The Key to Happiness? Be More Like Socialist Denmark!

“The main scientific survey of international happiness, carried out by Leicester University in England, ranks the U.S. a distant 23rd, well behind Canada and Costa Rica. But you’ll be pleased to know we beat Iraq and Pakistan. And the winner is? Once again, Denmark....What makes a Dane so happy? And why isn’t he wallowing in misery and self-doubt like so many of the rest of us?...No student loans hanging over their heads — all education is free in Denmark, right on through university....Denmark also provides free health care, subsidized child care and elder care, a social safety net spread the length and breadth of the country....Wanting it all is a bacterium that stays with us from youth to old age — wanting a bigger house, fancier car, more stuff. And when we get more, there’s always someone with even more stuff who’s just as unhappy. Some suggest that the unhappiest zip codes in the country are the wealthiest, like the Upper East Side of New York.”
— CBS’s Morley Safer on 60 Minutes, February 17, 2008.

“No question that you’re conciliatory, that you like to have dialog, but underneath that you’re an old-fashioned conservative. I mean, in the sense of right-wing conservative....Despite the jolly open demeanor, he’s about as conservative as they come....He is unwavering on what he calls the ‘settled’ questions: abortion, birth control, ordination of women, gay marriage, and celibacy.”
— Morley Safer during profile of Catholic Archbishop Timothy Dolan on 60 Minutes, March 20, 2011.

“I resolve to never make resolutions. My sins are all pleasurable, my virtues impeccable. I love animals, small children and I am never cruel to grown-ups, unless it is absolutely necessary. I smoke too much and occasionally over-medicate on good red wine. Saints are the most tedious people, humorless and lacking in imagination. I have no intention of ever becoming one.”
— 60 Minutes correspondent Morley Safer quoted on TV Newser, January 3, 2007.