Not even a full vote by the House of Representatives to hold Lois Lerner in contempt can shake the networks out of their slumber in covering the IRS scandal. On Wednesday the House voted 231-178 (all Republicans voted yes with six Democrats) to hold Lerner in contempt for refusing to testify about the IRS’s targeting of conservative groups. Total coverage by ABC, CBS and NBC? Just a 15-second brief on Thursday’s edition of ABC’s Good Morning America.

However the Big Three networks did find the 110x more time this week to tout the “dire” and “alarming” findings from the White House climate change report.

In total ABC, CBS and NBC (from Tuesday morning through Wednesday morning) spent a whopping 27 minutes and 37 seconds on the Obama administration’s climate change scare-mongering.

ABC and NBC even sent their weather reporters to interview the president. ABC meteorologist Ginger Zee fretted: “Climate change is something that I think a lot of people don't put as a top priority. How do you change that?” NBC Today show weatherman pressed: “Why has it taken so long to get to this point where you’re sounding this urgency?”

But so far the following Amy Robach 15-second brief from the May 8 Good Morning America represents the total amount of coverage devoted to the Lerner contempt vote by the networks:

AMY ROBACH:  And in Washington, six Democrats have joined Republicans in the House, voting to hold a former IRS official in contempt of Congress. Lois Lerner has pleaded the Fifth and refused to testify about the agency’s targeting of conservative groups. That case will now be sent to the Justice Department.

While the Lerner contempt vote didn’t capture much attention from the Thursday morning shows there were some topics the networks deemed much more important. 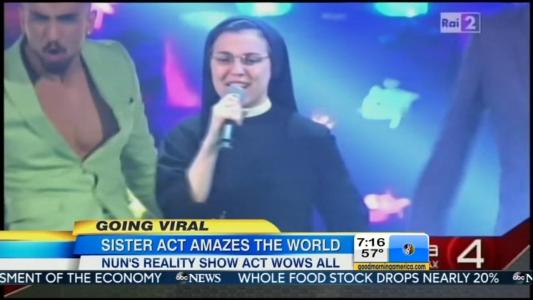 ■ ABC’s Good Morning America spent 1 minute and 19 seconds on the singing nun sensation that “blew away” the judges on Italy’s version of The Voice.

■ NBC’s Today show didn’t find time to talk about the Lerner contempt vote but did bring on their chief White House correspondent Chuck Todd to talk about a new NBC News/Wall Street Journal poll that finds there is a greater acceptance of tattoos. Total Today show tattoo time? 4 minutes, 30 seconds. 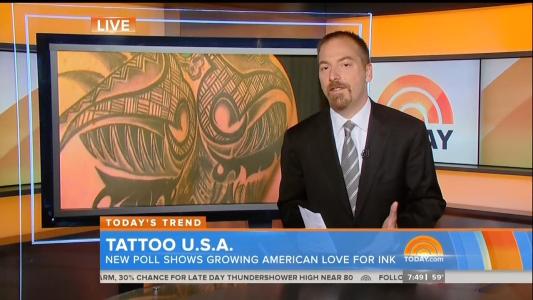 ■ CBS This Morning spent 1 minute and 45 seconds on an interview with Michael Douglas’s on the state of his marriage with Catherine-Zeta Jones.

It should be noted that back on April 10 CBS This Morning did devote 1 minute and 30 seconds to the House Oversight Committee vote to hold Lerner in contempt.