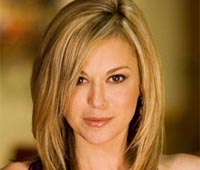 Attention middle-aged women: keep your young sons at home because your best friend might just want to date them.

That’s right. TV Land is set to premiere a new reality show on April 15 based on a 40-year old single mother of four who wants to find a younger man, “Bachelor” style.

“The Cougar” will feature 20 single men vying to be the soul mate of a woman twice their age. The field will be narrowed down through various weekly challenges. The men attempt to avoid the “kiss of death” from cougar “Stacey,” which signals their elimination from the show.

But ridiculous fantasy, er, reality shows featuring love are wildly popular, who can blame the producers for thinking, “If you build it, they will come.”

That must have also been the logic behind Fox’s new reality show “Osbourne's: Reloaded.” This latest venture is a variety show of sorts that aired March 31 in primetime after the true success that is, “American Idol.” The show features an assortment of four letter words flying out of the mouths of the dysfunctional family of rocker Ozzy Osbourne and turned out to be entirely inappropriate for a TV-14 audience.

So what happens if the Cougar finds her soul mate? Be sure to stay tuned for “The Cougar” reunion show slate to be titled “Cougar’s Cubs: Years of Counseling with Dr. Phil.”