On Tuesday, The Washington Post added a “clarification” to a local story Friday that claimed Virginia Republican Governor Glenn Youngkin’s proposal to set up a parental hotline to report “divisive” content in schools was wholly opposed by every single one of the commonwealth’s 133 superintendents even though, in reality, it was only a letter passed by their trade association’s executive board.

Reporter Greg Schneider has yet to formally correct its lede as he still alleged that “[a]ll 133 Virginia public school division superintendents” want Youngkin “to scrap the ‘tip line’...to...complain about teachers and principals,” even though, again, it’s not that straightforward.

All 133 Virginia public school division superintendents have urged Gov. Glenn Youngkin (R) to scrap the “tip line” set up to let parents complain about teachers and principals and have asked him to stop his campaign against the teaching of “divisive” content in schools.

The executive director of the Virginia Association of School Superintendents voiced the concerns in a letter Thursday to Jillian Balow, the state superintendent of schools, saying a recent administration report that rooted out policies aimed at racial equity was misguided and prepared without input from school districts around the state.

“Division superintendents disagree with your assumption that discriminatory and divisive concepts have become widespread in Virginia school divisions,” states the letter from Howard Kiser, executive director of the group, who said he was writing on behalf of the 133 school officials and later said he had not heard “any dissent from superintendents.”

The letter, which was approved by the board but not signed by every member of the group, faults Balow for condemning and discontinuing a slate of racial equity programs “without having involved educators in formulating that position or without having provided evidence to support that position.”

Paragraph four would seem to contain extremely pertinent information on how the letter doesn’t necessarily reflect the views of every superintendent, but the lead graphs and following headline don’t paint that picture: “All 133 Virginia school superintendents urge Youngkin to scrap tip line and content policy.”

We don’t claim to be the be-all, end-all on how to write news stories (bias aside), but that seems to have been what one might call a hack job.

The rest of the piece rehashed Youngkin’s opposition to critical race theory (CRT) in schools and excerpts from this Virginia Association of School Superintendents' letter that said his policies would negatively impact “student achievement in underserved communities” and “quality education” in Virginia.

In her opening graph, Strauss boasted that all “133 school superintendents are taking a strong stand against Gov. Glenn Youngkin’s move to end most education equity initiatives.”

However, a piece also posted Friday from Richmond ABC affiliate WRIC had the key line, but still had it in paragraph five: “VASS Executive Director Ben Kiser clarified that the letter was crafted and adopted by the 12 member board and doesn’t necessarily reflect a consensus among all of its members.”

Over at D.C.-area ABC affiliate WJLA, their story said two of the 133 weren’t even aware of the letter until it landed in The Post.

Not surprisingly, more than a few reporters still have tweets up with the misleading framing. Here are a few examples: 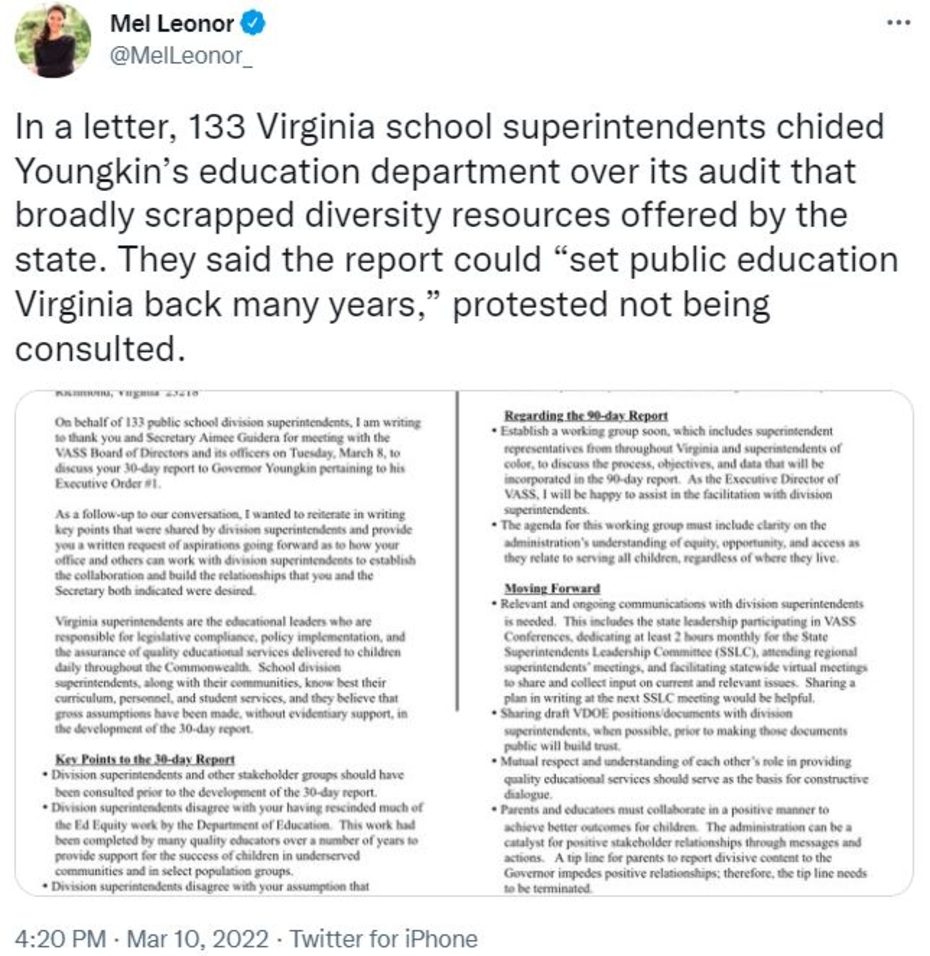 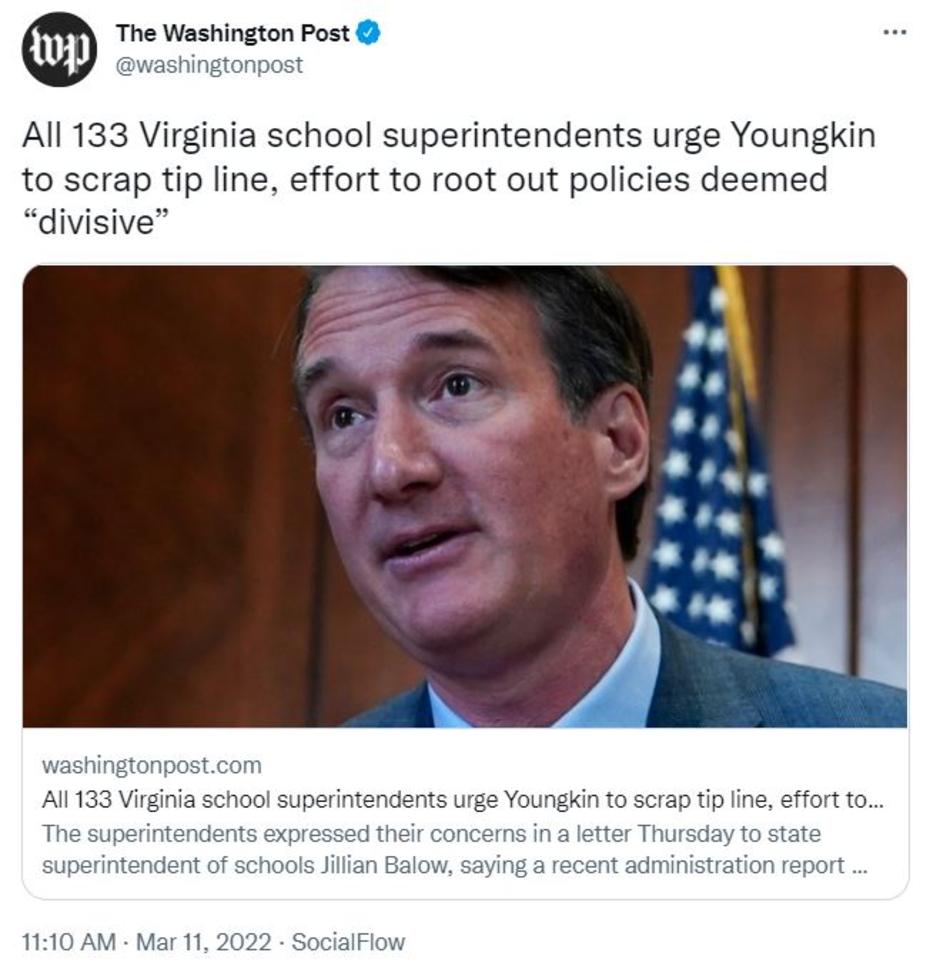 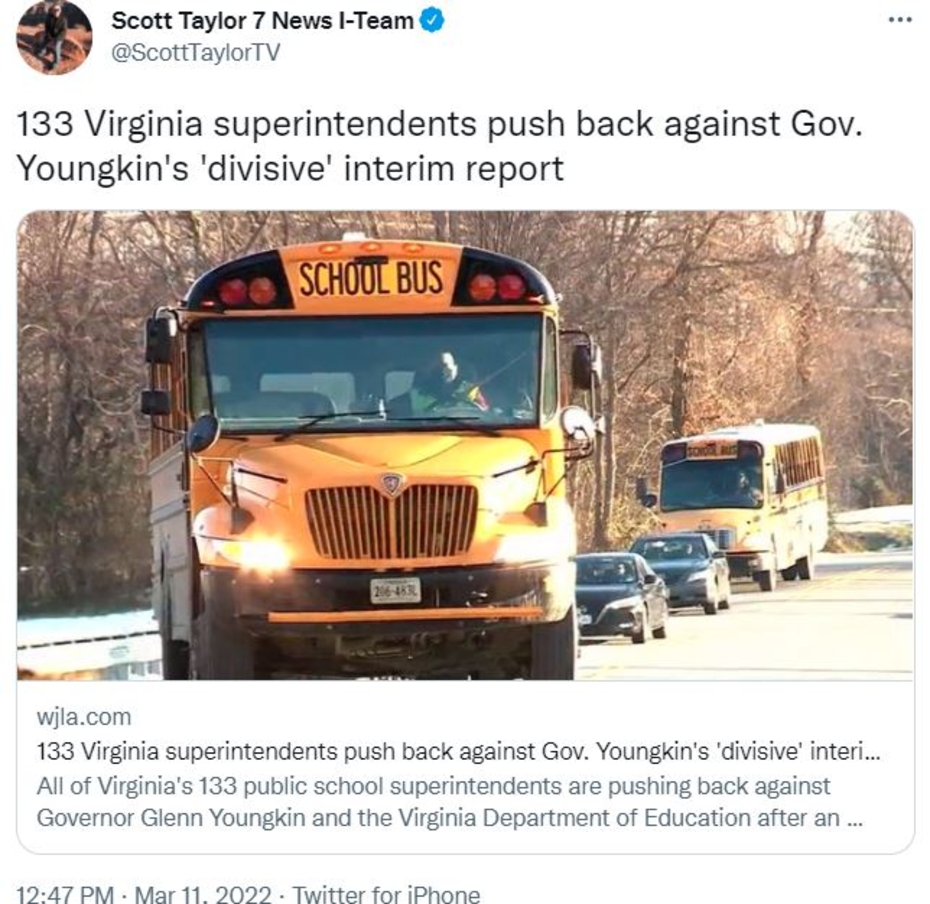 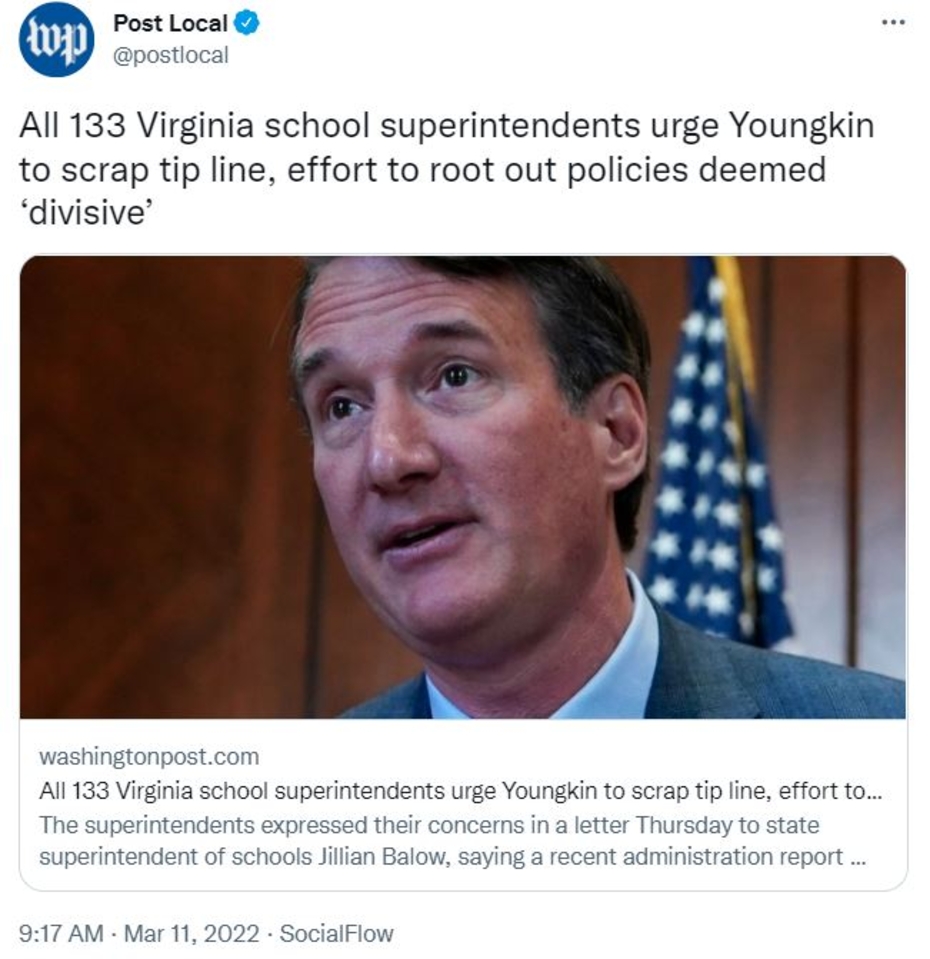 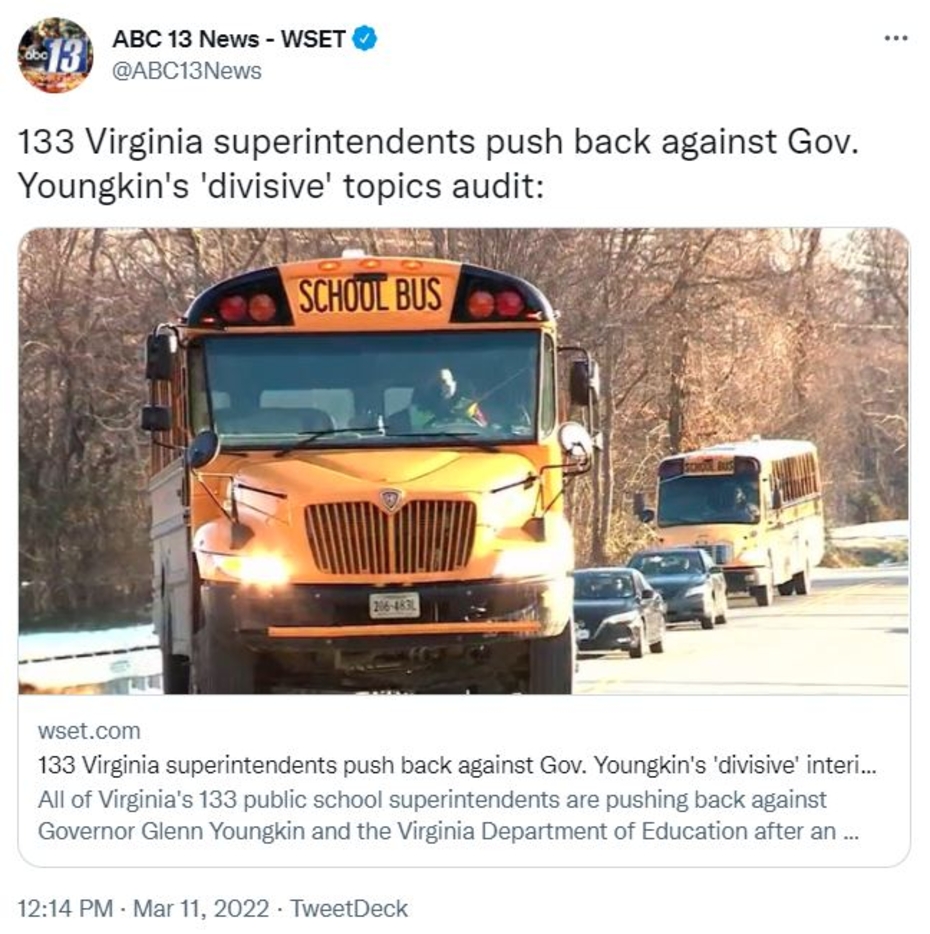 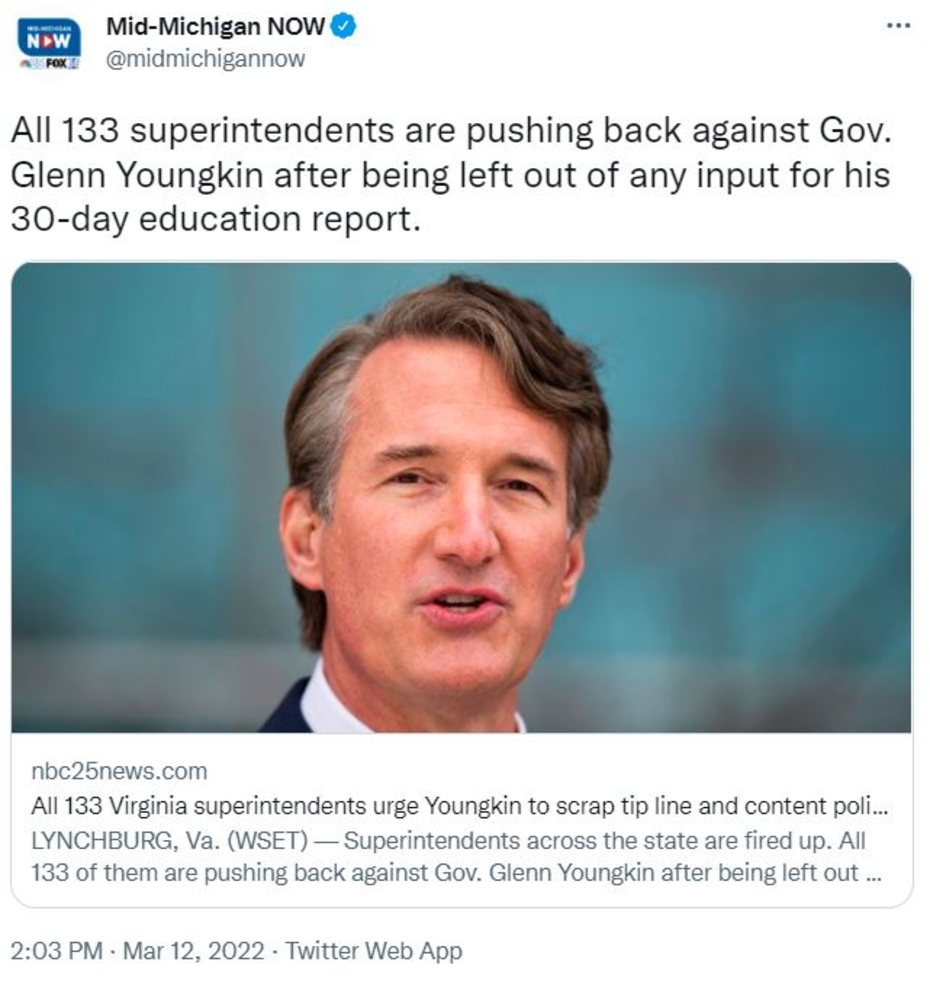