Your Move, CNN: New Yorker Fires Jeffrey Toobin for Exposing Himself on Zoom 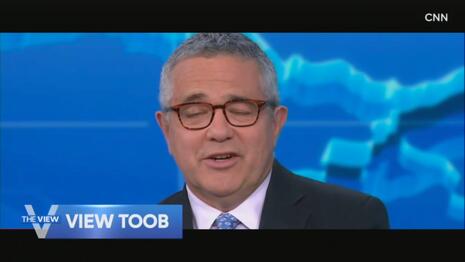 Warning: The following post contains information that is not suitable for children. Reader discretion is strongly advised.

Unfortunately, there was no word on his employment status at CNN (where he's currently on leave) other than an article from conservative media Benedict Arnold Oliver Darcy.

As The New Yorker’s parent company, Condé Nast chief people officer Stan Duncan announced the decision in a staff email: “I am writing to share with you that our investigation regarding Jeffrey Toobin is complete, and as a result, he is no longer affiliated with our company.”

Duncan added that “we take workplace matters seriously,” including “an environment where everyone feels respected and upholds our standards of conduct.”

Toobin chimed in on the firing, stating in a tweet:

But tell us more about how Fox News was evil, Jeffrey Zucker minions!