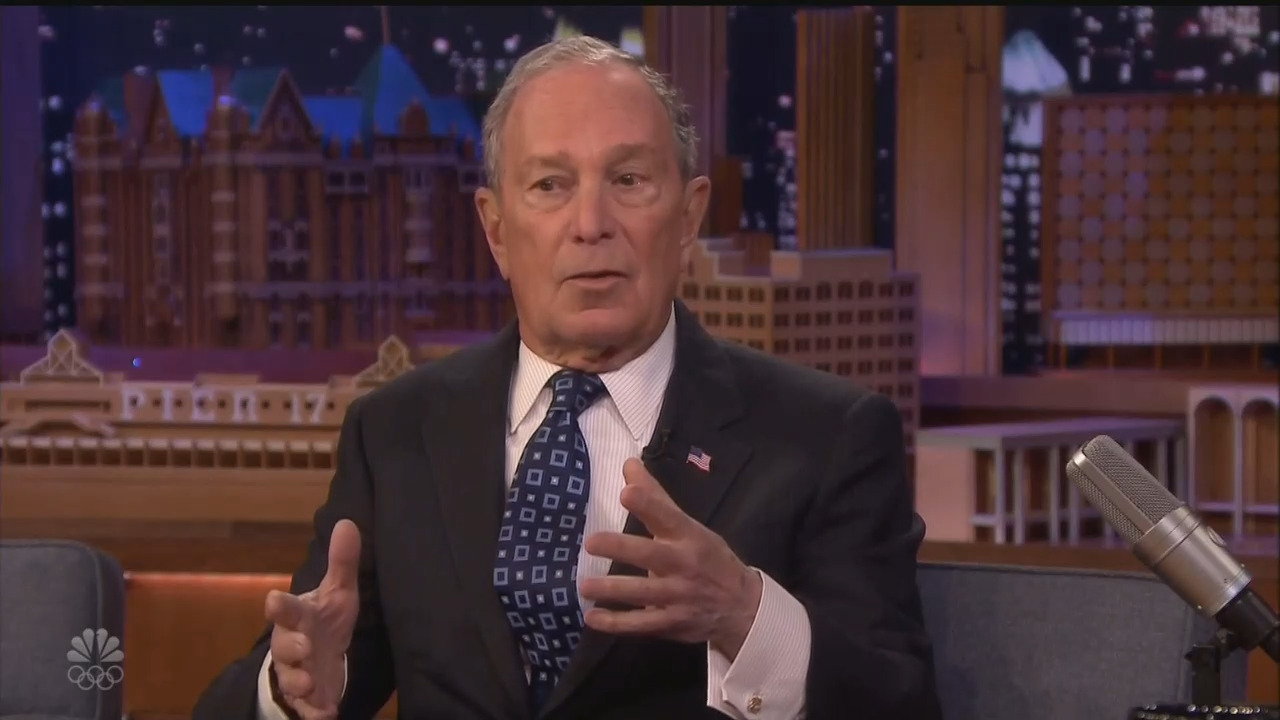 “Bloomberg News’s Dilemma: How to Cover a Boss Seeking the Presidency” dove in headfirst with a “previously unreported” December “town hall meeting” at the Washington bureau in which editor-in-chief John Micklethwait tried “explaining to his political reporters how to cover a presidential campaign when the boss is a candidate.”

Predictably, it didn’t put the concerns to rest (click “expand”):

Addressing roughly 100 journalists spilling out of a glass-walled conference room, Mr. Micklethwait said Michael R. Bloomberg’s entry into the Democratic race had not changed his commitment to skeptical coverage. “We always knew it would be tough,” he told the group. “But we are actually showing what we are: an independent news organization.”

Not every reporter was reassured. Rival candidates had attacked the journalists’ coverage as biased; some sources had stopped returning calls. One reporter said the bureau’s credibility was at stake, citing Mr. Micklethwait’s public memo that Bloomberg News would refrain from “investigating” Mr. Bloomberg and his Democratic competitors.

Mr. Micklethwait said he had been referring to a team of specialized investigative reporters and not the broader political staff, but he declined requests from the journalists in the room to issue a clarification. Many reporters left feeling unsure how to proceed, according to several people who described the previously unreported town hall meeting.

Two months later, the pressure and unease inside Bloomberg News have only increased. Journalists who hoped Mr. Bloomberg’s candidacy would prove short-lived have watched him vault to the upper tier of the Democratic race. Now there are discussions about what a President Bloomberg could mean for a news organization already grappling with a perceived conflict of interest.

Then came this hammer drop: “Now it is bordering on untenable, according to interviews with half a dozen Bloomberg journalists who requested anonymity, citing fear of retribution from bosses who emphasize discretion.”

Presumably, the Bloomberg News spin has been that the now-infamous proclamation about not probing the Bloomberg campaign applied to “the news outlet’s Projects and Investigations team.”

But Grynbaum made clear that hasn’t stopped the perception that it was “a signal that [they] would cease accountability coverage of the Democratic field.”

That’s in addition to the fact that “[t]wo opinion journalists,” a Bloomberg News editor, and “a handful of staff members on the TV and video production side” have joined the Bloomberg campaign.

Citing sources, Grynbaum added that political reporters “say the memo left them vulnerable to undue criticism from readers and campaign aides” plus “a level of internal censorship.”

But on what steps they’ve taken to prepare for a possible Bloomberg presidency, they didn’t have any (click “expand”):

And if a President Bloomberg held onto his media organization, how would Bloomberg News reporters cover Washington and a federal administration controlled by the man ultimately responsible for their paychecks?

The company declined to comment on those questions, and reporters there say it is too early to earnestly begin preparing for such an eventuality.

As for Mr. Bloomberg himself, he was asked by CBS News in December about his staff’s concerns about not being allowed to investigate his rivals in the presidential race.

“You just have to learn to live with some things,” Mr. Bloomberg told the anchor Gayle King. “They get a paycheck. But with your paycheck comes some restrictions and responsibilities.”

CNN’s Jake Tapper put it best when he said this over two tweets reacting to The Times story: “It remains untenable. The candidate and campaign should be firewalled from the newsroom, period. And again: the refusal to build this proverbial wall is only serving to hurt the hard-working & excellent journalists at Bloomberg who deserve better than this.”