Liberals, Media Types Lose Their Marbles Over Trump’s ‘Rocky’ Tweet; ‘Unclear Why’ He Did It

My goodness. The liberal media and their allies can’t seem to take a joke.

On Wednesday morning, President Donald Trump tweeted a photo with his face superimposed over Sylvester Stallone’s Rocky Balboa character in a shot for Rocky III.

The tweet was a clear attempt by the President to double down on his claim that doctors recently told him he has a “gorgeous chest.” More broadly amongst supporters, another symbolic extrapolation could be that Trump mirrors the epically tireless boxer amid the impeachment inquiry.

However, the liberal media didn’t think it was funny. The Washington Post tweeted that Trump had posted a “doctored photo of his head on Sylvester Stallone’s body, unclear why.”

In a post as part of their “Impeachment Live Updates” blog, John Wagner wrote that “it was not clear what inspired Trump’s tweet” and “[a] White House spokesman did not immediately respond to a request for comment.”

The horror! Presumably, democracy must have died in darkness today or something like that.

Wagner had plenty of fellow lefties who were triggered: 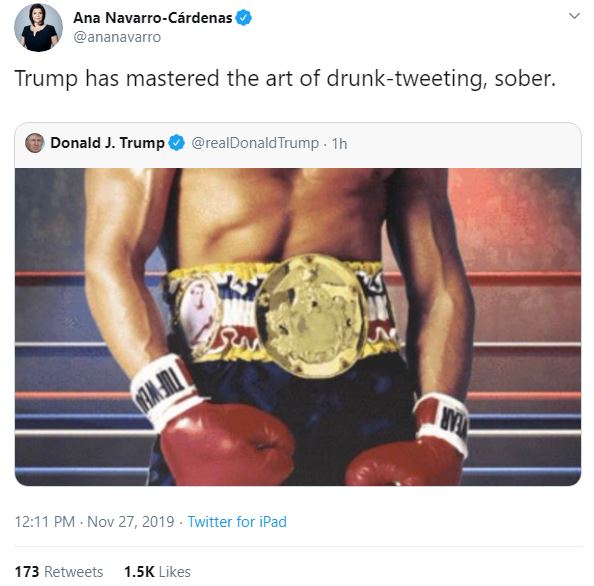 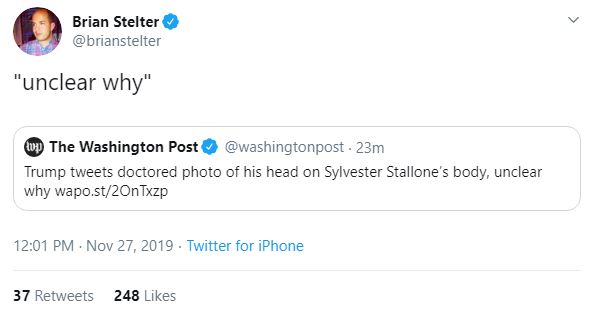 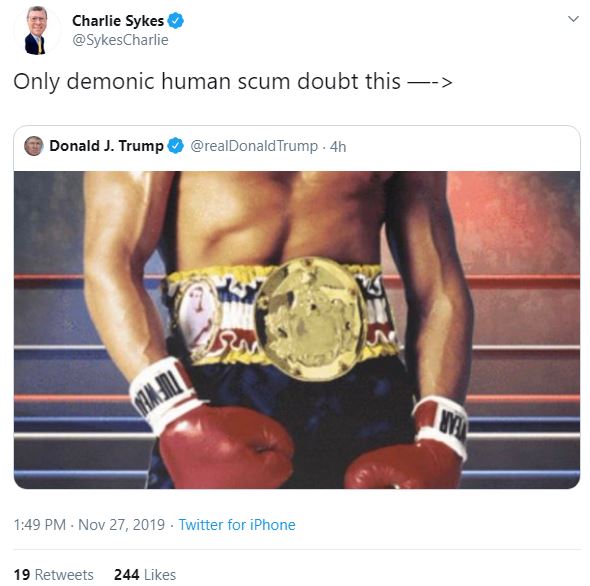 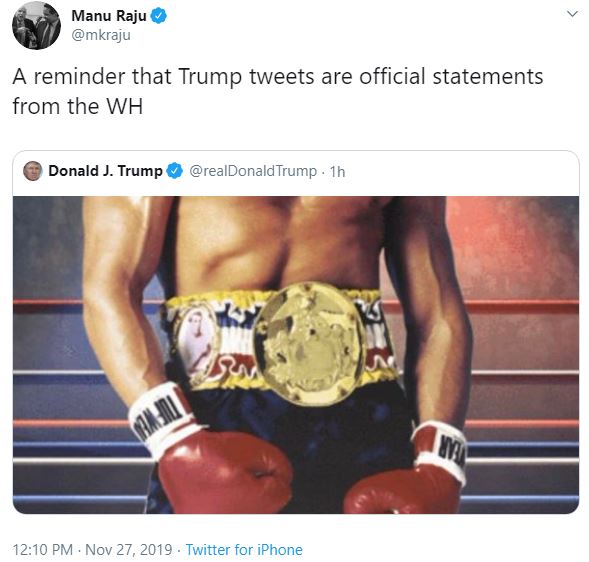 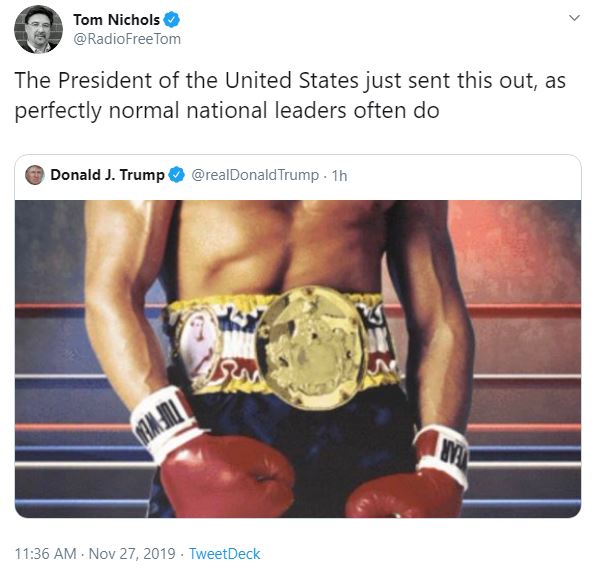 This hubbub came on the heels of Trump’s surprise visit last weekend to Walter Reed and the giddy assertions from lefties and pals like CNN’s Brian Stelter that he could have had a heart attack (so the same people repeatedly wondering if he has Alzheimer’s or dementia).

Fortunately for the rest of us, there were plenty who got the joke.

Here’s a small sample from a few of our friends who joined in on the fun: 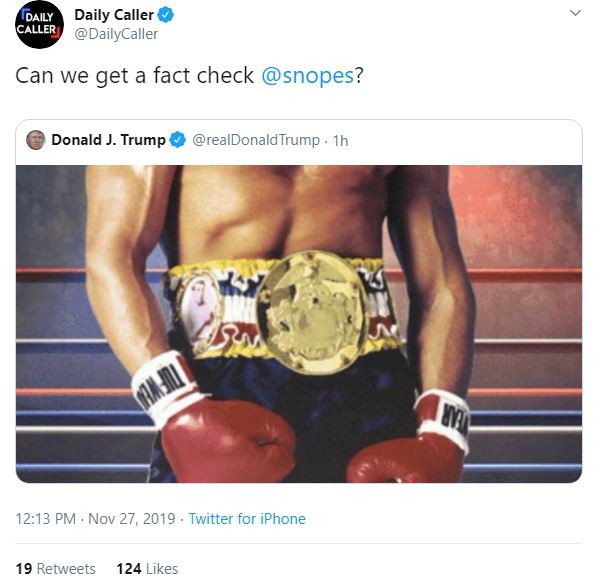 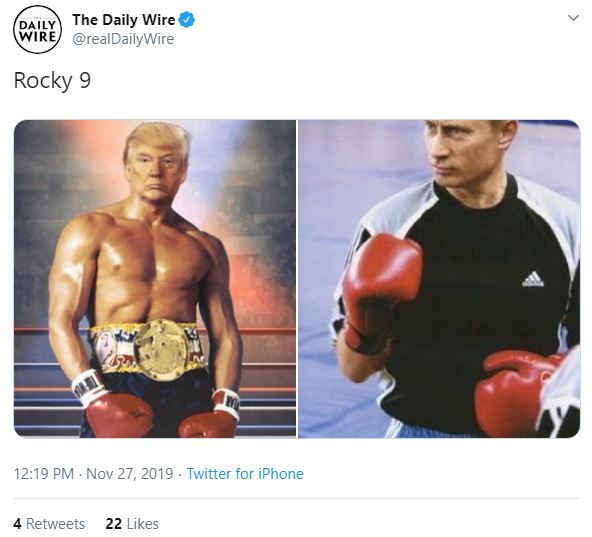 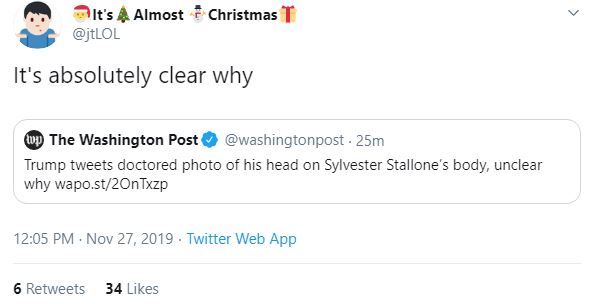 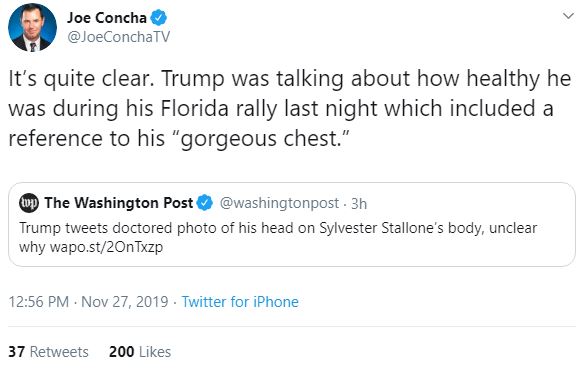 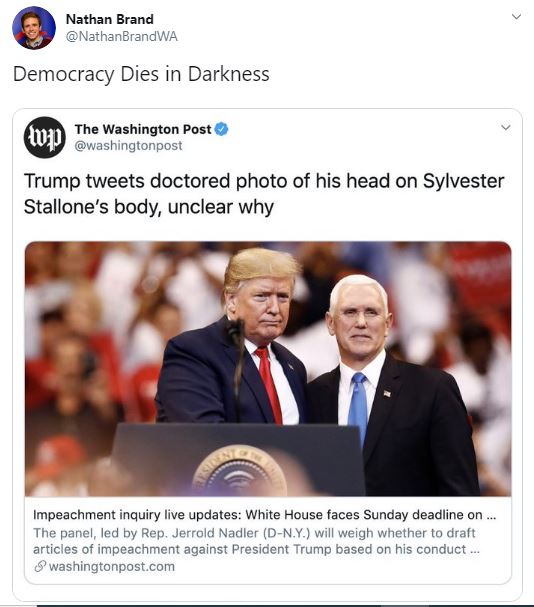 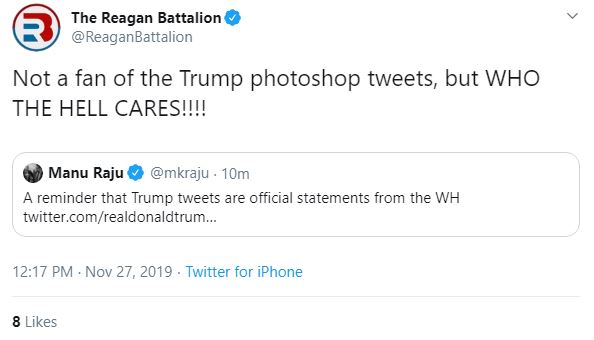