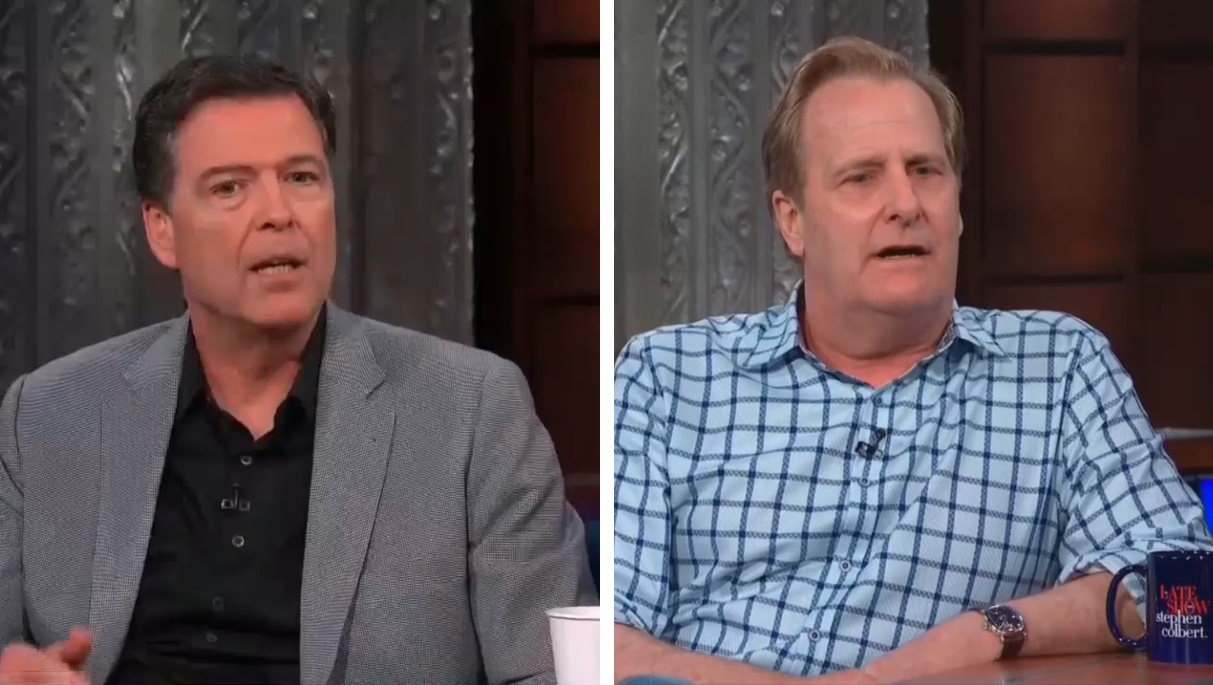 Here’s some important questions for CBS that America needs answers to: Will this self-righteous James Comey miniseries be a sitcom? If so, maybe someone like Brad Garrett should be cast as Comey?

Unfortunately, those answers will be no and no. According to a Monday morning announcement, CBS TV Studios will be crafting “a new four-hour...miniseries based on” the disgraced former FBI Director’s 2018 autobiography A Higher Loyalty: Truth, Lies, and Leadership.

Oscar-nominated screenwriter Billy Ray (“Captain Phillips,” “Shattered Glass,” and the upcoming “Richard Jewell,” directed by Clint Eastwood) adapted the book and will be directing the currently untitled miniseries, which is executive produced by Alex Kurtzman, Shane Salerno and Heather Kadin. The drama is slated to being production in November with an airdate to be announced at a later date.

According to Ray, “Jeff is so perfect for this part. Great actor, instant integrity, loads of warmth, intelligence, complexity and gravitas. We talked backstage after I saw him in ‘To Kill a Mockingbird’ on Broadway, and I knew I was looking at the only person who could play Jim Comey. Lucky for me, he said yes.”

Daniels is a five-time Emmy® nominee, winning in Best Lead Actor for “The Newsroom” and Best Supporting Actor for “Godless.” He has also received Golden Globe nominations on the big screen for his performances in “The Purple Rose of Cairo,” “Something Wild” and “The Squid and the Whale,” as well as one for “The Newsroom.”

Ray researched the project for over a year in order to make the drama a fair, responsible and comprehensively documented account of real-life events. He traveled to Washington, D.C. and several other cities to meet with Comey, his family, and many other key players, including prominent journalists, FBI agents, government officials from both political parties and others.

Aside from the gushy praise for Comey and how much research Ray has done in preparation for filming, co-executive producer Alex Kurtzman is a massive Democratic donor. Kurtzman’s resume includes shows like Alias, Fringe, Hawaii Five-0, Limitless, Salvation, Scorpion, Sleepy Hollow, and the upcoming Star Trek: Piccard.

Now, back to Daniels. In the last decade, Daniels starred as lefty journalist Will McAvoy in HBO’s anti-American show The Newsroom,an  Aaron Sorkin-created show that dubbed the tea party to be the “American Taliban” and compared them to sex offenders. Along with being hailed by fake newser Dan Rather, Daniels even thanked the now-shuttered Think Progress for their “vital” help on the show.

While promoting his current role as Atticus Finch in Broadway’s To Kill a Mockingbird, Daniels deemed America to be a racist place “since the Mayflower saw land” and lashed out at Trump voters as racists hellbent on advancing whiteness while putting “democracy at stake.” So that’s the kind of person CBS casted to lead another anti-Trump hatefest and Deep State love letter.

All in all, it’s not surprising given just how pompous Comey has been about lecturing the public about what an honorable life he’s led even though he stated at the 2018 Aspen Ideas festival that he “hope[s] to be forgotten” (h/t: CNN’s James Gagliano).

Just like whenever a journalist or politician insist that this legislation or that story isn’t about them or their legacies, the opposite is almost always true.