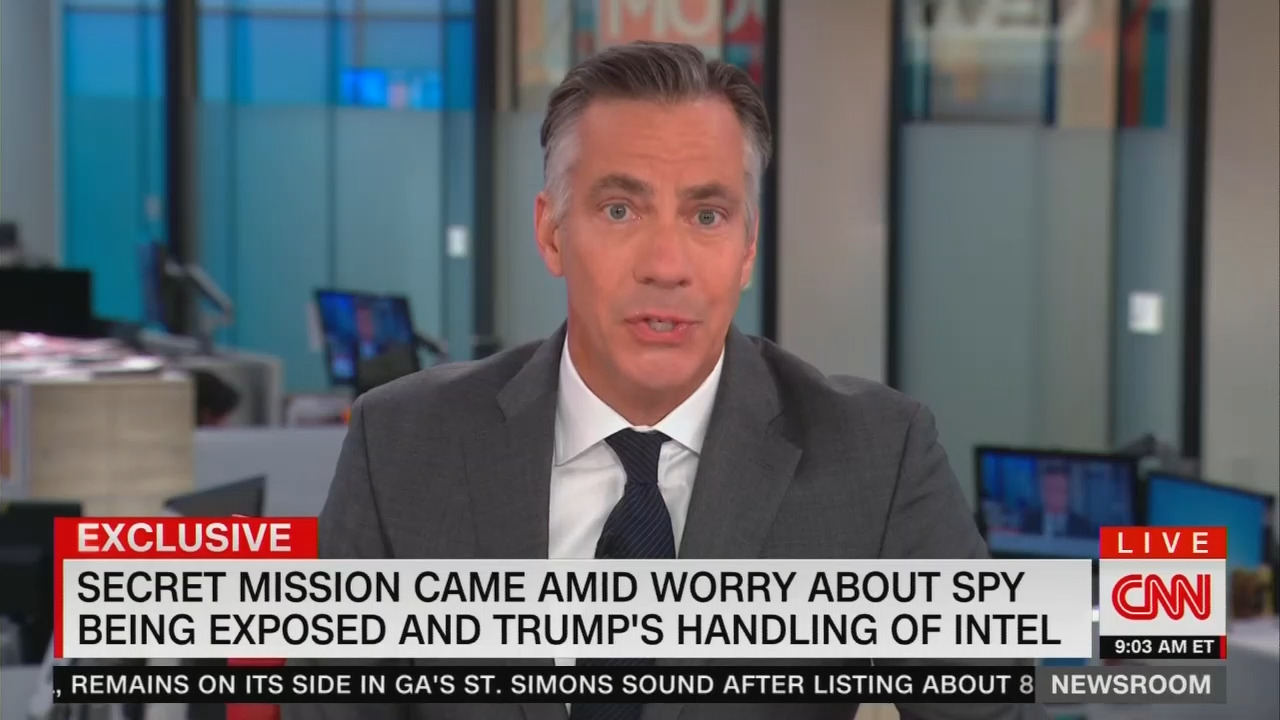 A Monday night New York Times story cast serious doubts on Sciutto’s emphasis on Trump’s behavior leading to the 2017 extraction, but CNN has unsurprisingly stood by Sciutto as he continued to promote Trump’s alleged culpability in the loss of a CIA asset (despite the fact that discussions began during the Obama administration).

Multiple Trump administration officials with direct knowledge tell me that in a previously undisclosed secret mission in 2017, the U.S. successfully extracted from Russia one of its highest-level covert sources inside the Russian government.....A person directly involved in the discussion said that the removal of the Russian was driven in part by concerns that President Trump and his administration repeatedly mishandled classified intelligence and could contribute to exposing the covert source as a spy. The decision to carry out the extraction occurred soon after a May 2017 meeting in the Oval Office in which Trump discussed highly classified intelligence with Russian Foreign Minister Sergey Lavrov and then Russian ambassador to the U.S., Sergey Kislyak. The intelligence concerning ISIS in Syria had been provided by Israel. The disclosure to the Russians by the president, though not about the Russian spy specifically, prompted intelligence officials to renew discussions about the potential risk of exposure according to the source directly involved in the matter. At the time then CIA director Mike Pompeo told other senior Trump administration officials that too much information was coming out regarding the asset.

It should be noted that this story came on top of his July 2018 fake news blunder about Michael Cohen and that infamous Trump Tower meeting (which he penned alongside Carl Bernstein and Marshall Cohen).

But like most things with the liberal media (especially with regards to Russian collusion), things were not what they seemed. Sciutto’s tale continued to receive anywhere between a news brief on Monday’s Inside Politics to well over 10 minutes on multiple shows. Only the 3:00 p.m. Eastern CNN Newsroom didn’t cover it.

But on Monday night, The Times directly took aim at Sciutto’s claims: “But former intelligence officials said there was no public evidence that Mr. Trump directly endangered the source, and other current American officials insisted that media scrutiny of the agency’s sources alone was the impetus for the extraction.”

For a further breakdown on how The Times torpedoed Sciutto, check out a write-up published here late Monday night by the Washington Examiner’s Daniel Chaitin and Jerry Dunleavy.

Throughout the evening, Sciutto unveiled more information about the asset and appeared on-air to assert that The Times had validated him. By day’s end, Sciutto’s story was discussed for a whopping 104 minutes (versus 77 minutes Tuesday from 4:00 a.m. to 8 p.m. Eastern).

Moving to Tuesday, the coverage began with 4:00 a.m. Eastern and ran throughout the day, including the spilling of more breadcrumbs for CNN’s Resistance audience as Sciutto and colleague Marshall Cohen stated on CNN.com (click “expand”):

President Donald Trump has privately and repeatedly expressed opposition to the use of foreign intelligence from covert sources, including overseas spies who provide the US government with crucial information about hostile countries, according to multiple senior officials who served under Trump.

These new details about Trump's approach to foreign intelligence follow CNN's exclusive report that the United States in 2017 removed one of its highest-level covert sources inside the Russian government. CNN reported on Monday that the asset provided the US with insight and information on Russian President Vladimir Putin and that the extraction was driven, in part, by concerns that Trump and his administration repeatedly mishandled classified intelligence and could contribute to exposing the spy. 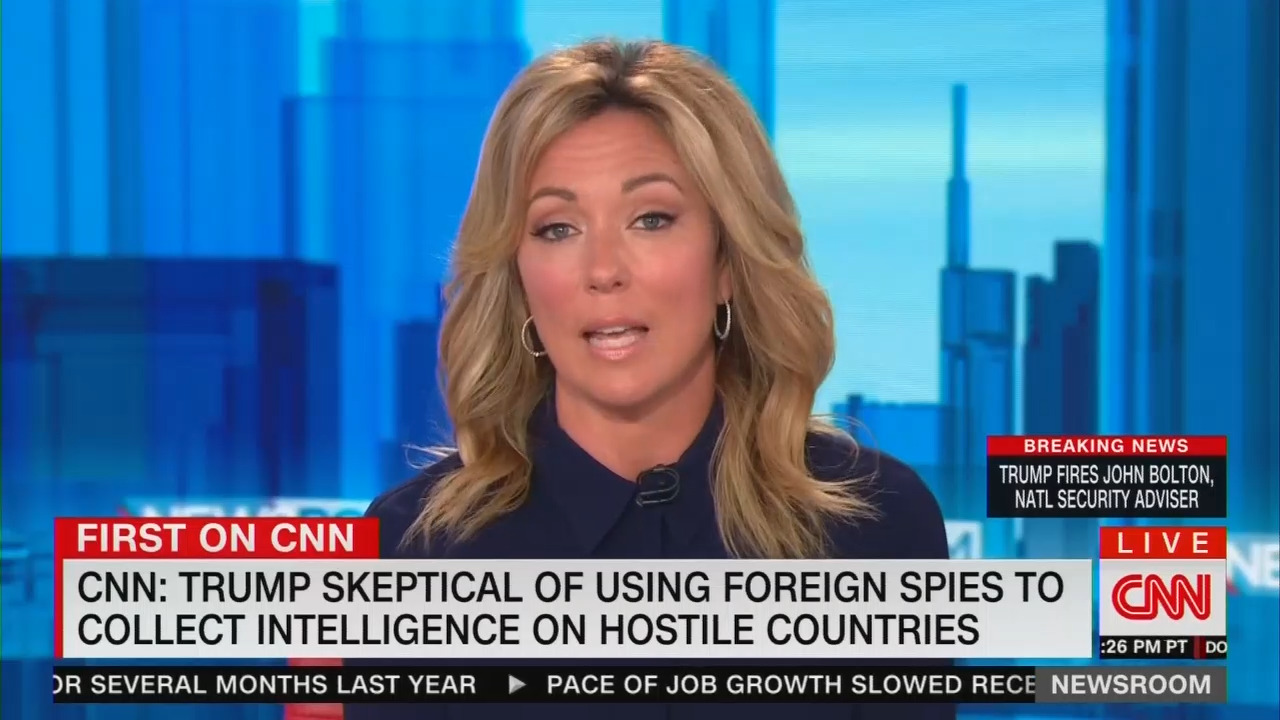 If such a story published by Fox News ran into problems, cries from the liberal media mob would be deafening. But because it’s CNN, the Daily Caller’s Shelby Talcott found that other establishment media outlets have yet to blow the whistle.

Perhaps it’s because they have strong fears of daring to criticize the Jeffrey Zucker-led outlet or having their reporters lose cushy contributor gigs. Because we all know how CNN hates criticism and equates it to receiving death threats.