On Monday morning, the broadcast network morning newscasts of ABC, CBS, and NBC refused to cover the latest flashes of anti-Semitism emanating from Democratic Congresswoman Ilhan Omar (MN) in which Omar suggested Sunday night on Twitter that politicians are being controlled by the American Israel Public Affairs Committee (AIPAC) to do Israel’s bidding.

To make matters worse, Omar retweeted a tweet in which the person (who’s Jewish) referred to his fellow Jews as “hook-nosed.”

It all started with a tweet by The Intercept’s Glenn Greenwald, who stated in a link to a Haartez article about House Minority Leader Kevin McCarthy (R-CA): “GOP Leader Kevin McCarthy threatens punishment for @IlhanMN and @RashidaTlaib over their criticisms of Israel. It's stunning how much time US political leaders spend defending a foreign nation even if it means attacking free speech rights of Americans.”

Omar then quote-tweeted it and said: 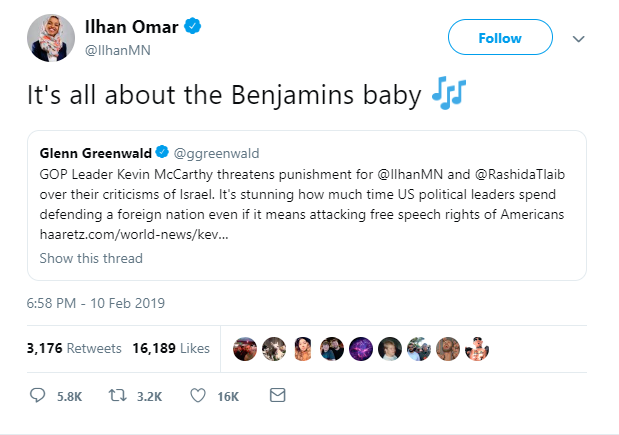 For those playing along at home, that’s one of the oldest and ugliest anti-Semitic tropes out there.

The Forward’s Batya Ungar-Sargon quoted tweeted at Omar, asking her: 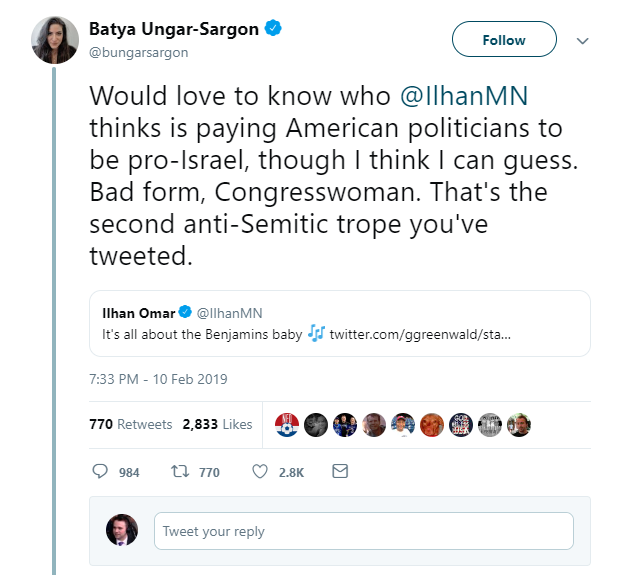 Just like in As Seen on TV product ad, wait, there’s more!

Omar doubled down, quote tweeting Ungar-Sargon with this addendum: “AIPAC!”

Amidst all this, Omar briefly retweeted (before undoing it) this doozy from Politico Magazine contributing editor Joshua Zeitz (h/t: Targeted Victory’s Caleb Hull): 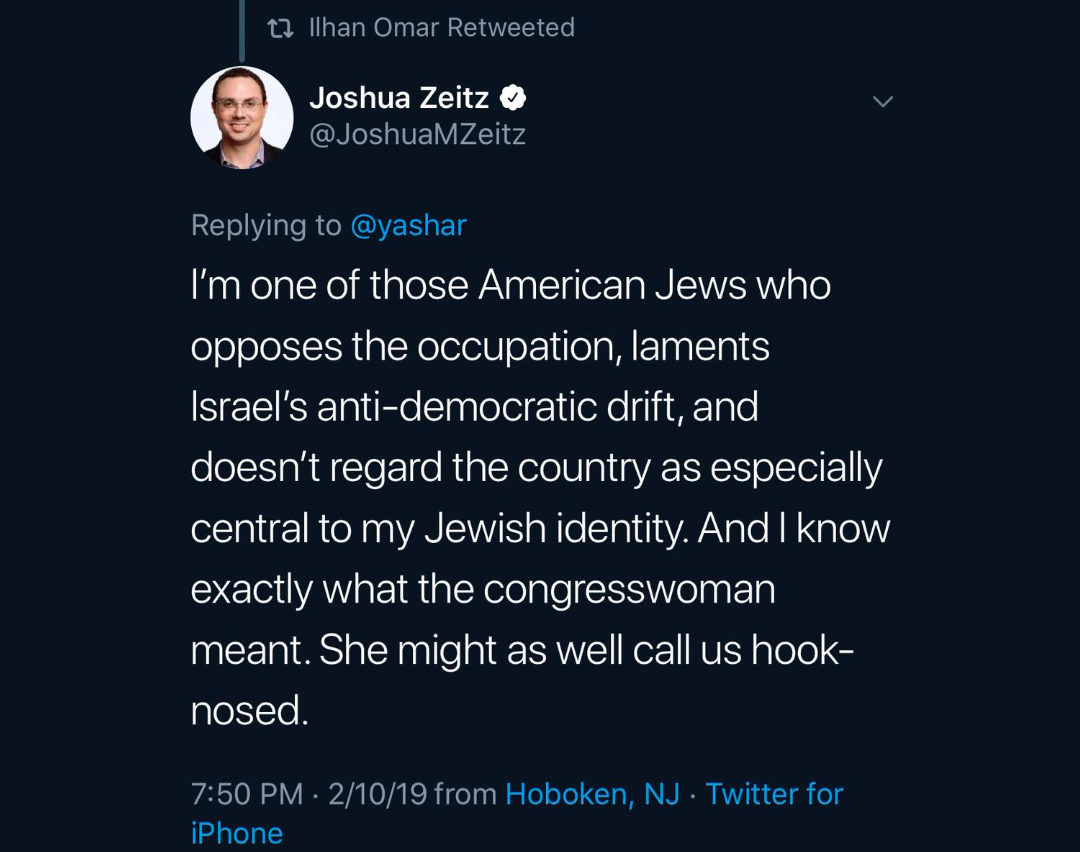 While CBS This Morning, Good Morning America, and Today ignored Omar, it’s received plenty of online coverage on each of their network websites (see here, here, and here) and attention throughout the morning on cable news, even though multiple CNN and MSNBC hosts fretted about the “backlash” against Omar.

At this rate, we’re one breath away from saying “Republicans pounced.”

Not surprisingly, CNN.com rushed to her defense: “Freshman Democratic Rep. Ilhan Omar says it's "exciting" her controversial views on Israel are sparking debate.” And Twitter Moments chimed in with how Omar “sparked debate about anti-Semitism and freedom to critique.”

In the course of gushing over Omar, CNN forgot to do some fact-checking which, thankfully, our friends over at Twitchy pointed out, which is that while AIPAC is a 501(c)(4), they don’t donate to campaigns.

Omar encountered some support from her side of the aisle, but there were others who condemned her, such as fellow House Democrats Josh Gottheimer (NJ), Jerry Nadler (NY), Max Rose (NY), and Donna Shalala (FL).

But perhaps the most impressive person of note calling out Omar was Chelsea Clinton, who demanded that “[w]e should expect all elected officials, regardless of party, and all public figures to not traffic in anti-Semitism” and that she would reach out to her because “we have to call out anti-Semitic language and tropes on all sides, particularly in our elected officials and particularly now.”

Showing her blindness and refusal to back down, Omar made her own controversy about Republicans in a response to Clinton. But as long as cable pundits and other lefties like Saturday Night Live are behind her, Omar looks like she’ll only be promoted within the party as her career moves along.