Throughout the week, CNN has been airing promos for a Saturday night reairing of its two-hour work of liberal propaganda falling in love head over heels for the Obama administration that first aired two days before Donald Trump’s Inauguration on January 18.

The End: Inside the Last Days of the Obama White House was a two-hour documentary of sorts without a narrator, but instead carried by behind-the-scenes monologues from various White House officials, ranging from speechwriter Cody Kennan to First Lady chief of staff Tina Tchen to Obama adviser Valerie Jarrett. Of course, Valerie’s daughter Laura became CNN’s Justice reporter soon after. 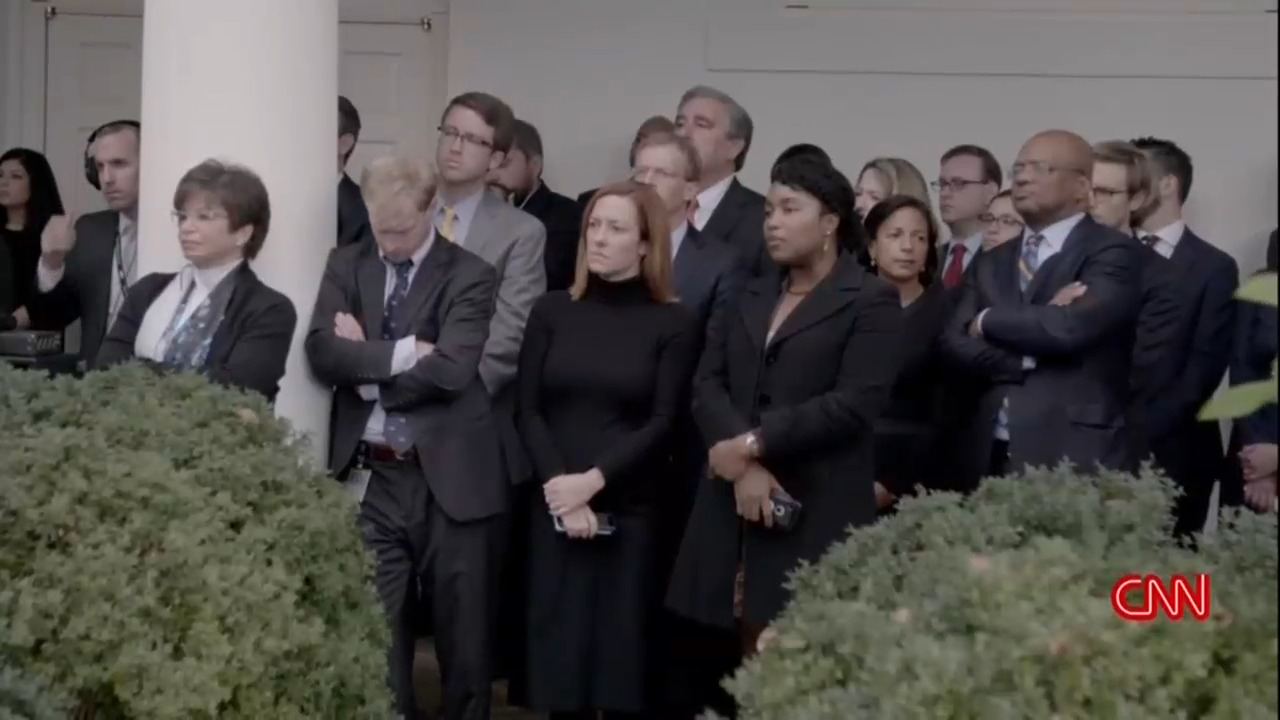 The film featured Obama officials giving self-tributes of sorts to their eight years in office and following them through the teary-eyed days after the 2016 election to a White House Christmas party to staff meetings to even happy hours where Obama staffers smugly reflected on their accomplishments. The two-hour piece ended with Obama’s farewell address.

Through it all, the staffers idealistically delivered lines like they were in a movie or TV show, ranging from gun control to health care.

As for the promo itself, it began with a CNN narrator gushing: “After an unprecedented election — before power changed hands, see how President Obama’s team raced to protect his legacy.” Of course, the framing was a clear shot at the Trump administration’s accomplishments.

Both during and after soundbites from Kennan, White House press secretary Josh Earnest, and then Chen, five mushy chyrons flashed across the screen: “Inside History,” “Inside Players,” “Inside Challenge,” “Inside Change,” and “From Inside Obama’s Inner Circle.”

Yeesh. If Fox News did this with the Trump White House, CNNers would be out saying this is the sort of thing you’d watch on state-run media in China or North Korea. 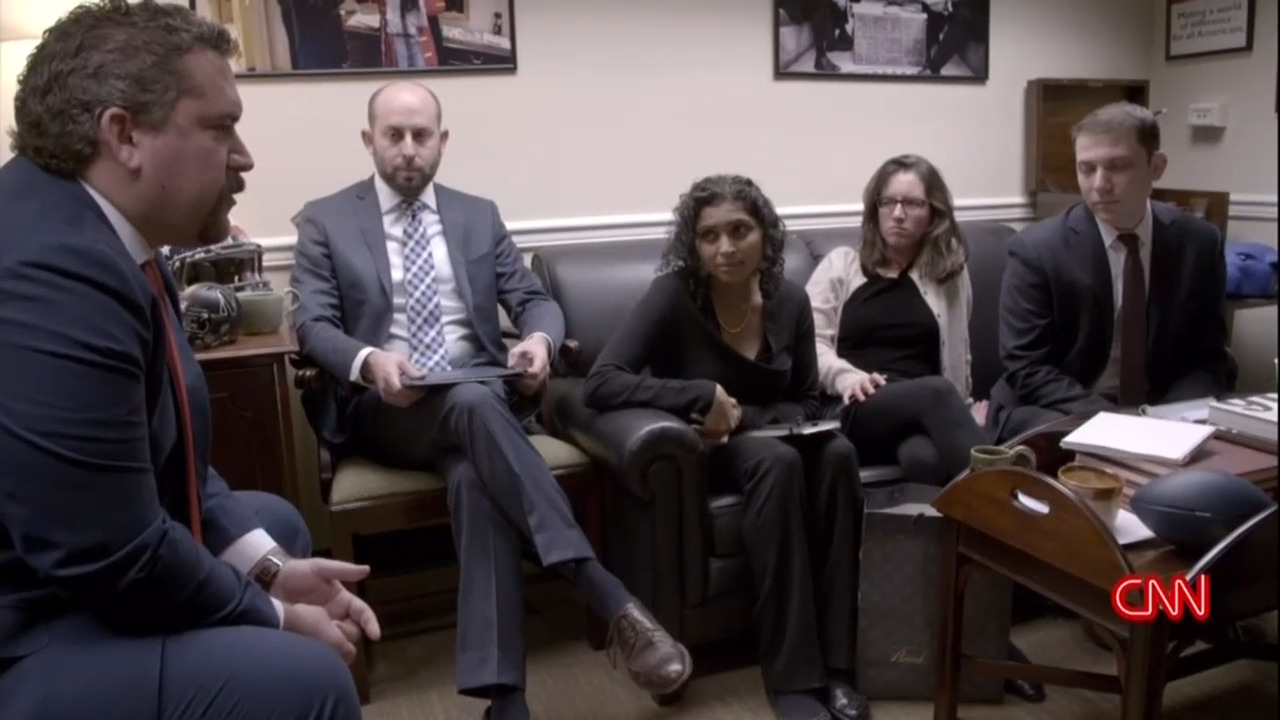 Of course, this was not the last time that CNN aired something that showed their far-left credentials. After seemingly spending months airing promos and on-screen graphics, CNN aired on September 9 another two-hour documentary on liberal icon and Supreme Court Justice Ruth Bader Ginsburg.

Somehow, CNN expects viewers to still trust them as a neutral arbiter when it airs criticism-free documentaries on liberal heroes, gives shows to former Obama administration officials (David Axelrod, Van Jones, and Jim Sciutto), and suffers temper tantrums when they’re not called on at White House Press Briefings or when Jim Acosta’s press credentials are taken away.

And on Acosta, it’s no secret their disdain for the President was on full display when they were more than a little ecstatic at a federal judge’s ruling on Friday that Acosta should have his pass returned.

To see the transcript of the promo that aired during October 16's CNN Newsroom with Jim Sciutto and Poppy Harlow, click “expand.”

NARRATOR: After an unprecedented election — before power changed hands, see how President Obama’s team raced to protect his legacy.

[ON-SCREEN HEADLINE: Inside the Transition]

CODY KEEENAN We didn’t come here to go with the flow. We came here to change the flow.

NARRATOR: The End: Inside the Last Days of the Obama White House. Tomorrow night at 10.