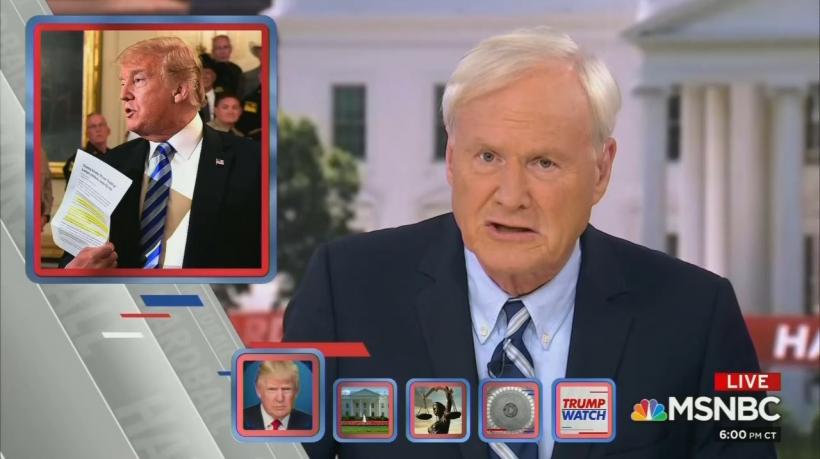 Often times when watching MSNBC’s Hardball, it’s one moment that stands out in the sea of liberal bias and tomfoolery from longtime host Chris Matthews. But in other instances, it’s a potpourri of lunacy with Matthews and guests trying to one-up each other as walking Notable Quotables.

Thursday’s show was a combination of the two with Matthews doing some heavy lifting with some help from New York Times columnist and Never Trumper Brett Stephens.

Click through to the next slide and we’ll get started with the latest case of irony from Matthews.