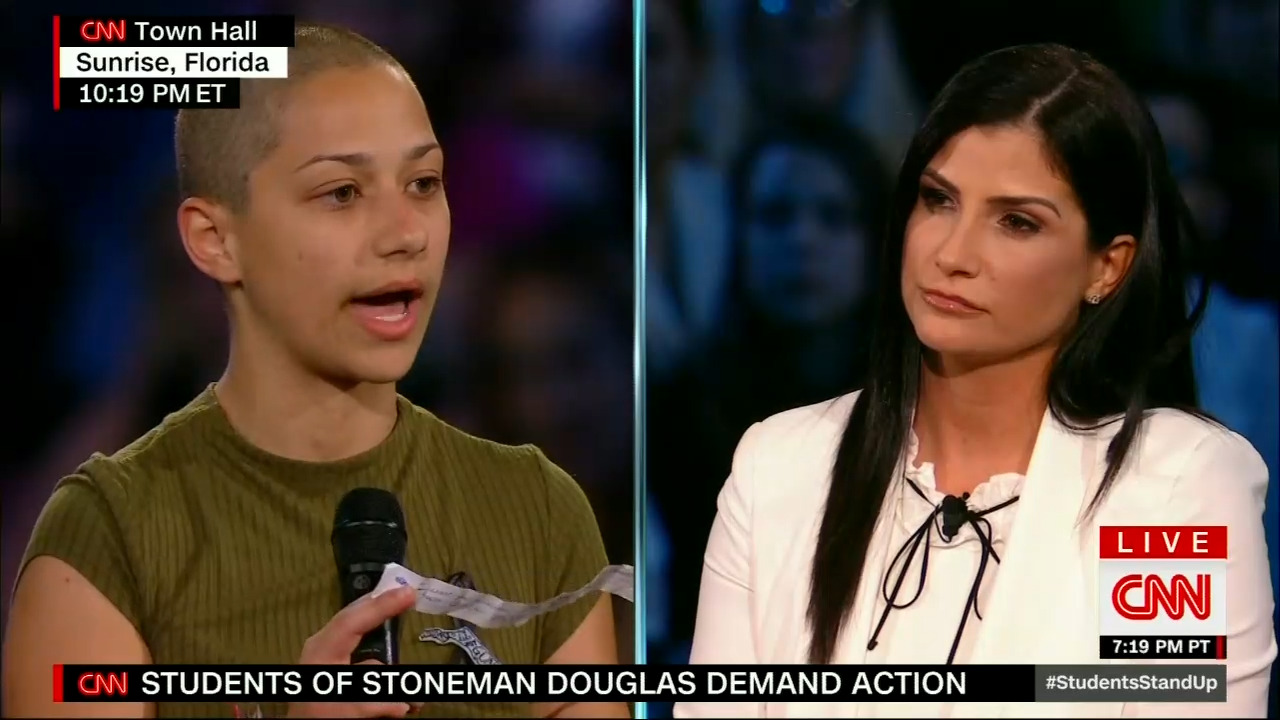 In Tuesday’s edition of CNN debasing itself, CNN.com flaunted Marjory Stoneman Douglas High School student Emma González surpassing Dana Loesch and the NRA in Twitter followers thanks to their criticism-free coverage of Parkland students who survived the horrifying February 14 shooting.

CNN.com and writer David Williams found it worthwhile to type a piece with the headline “Parkland shooting survivor Emma González has more Twitter followers than the NRA” as an indirect way of touting its network-wide lobbying effort for massive gun control initiatives.

Williams’s lede read like it was a postcard from Barack Obama’s 2008 campaign:

Emma González, a student at the helm of a burgeoning pro-gun control youth movement that erupted after a shooter killed 17 of her classmates and others in Parkland, Florida, now has more Twitter followers than the National Rifle Association.

González created her @Emma4Change account this month, using it for the first time on February 18 -- four days after the shooting at Marjory Stoneman Douglas High School.

Since then, she's built a legion of more than 1 million followers.

“Legion of...followers?” “Student at the helm of a burgeoning pro-gun control youth movement?” So much for objectivity and a commitment to all viewpoints from the #FactsFirst network.

Williams noted that NRA signed on to Twitter in 2009 and had 594,000 followers while Loesch possessed 787,000 followers (with both counts presumably as of the article’s publication).

As for González, Williams swooned:

González gave a powerful speech the weekend after the shooting that challenged the NRA and politicians who opted against passing tougher gun laws in response to previous school shootings.

Just like with interviews Parkland students have done with CNN personalities like Anderson Cooper, Brian Stelter, and Jake Tapper, Williams did nothing to push back on González for inflammatory comments that people opposed to their gun control advocacy hate children, oppose protecting them from violence, and are bad parents.

“All are advocating for tougher gun laws and other measures to increase school safety and are promoting March For Our Lives student rallies on March 24,” Williams concluded as if he had composed this 197-word screed on behalf of Everytown and Shannon Watts.