On Wednesday, NBCNews.com published an Associated Press dispatch on the bribery trial of Democratic Senator Bob Menendez (N.J.), but there was one huge problem in that Menendez was labeled a Republican. Translation? NBC News saw no reason to engage in basic proofreading or got caught red-handed in the act of liberal bias.

The unauthored post sat for well over two hours before being changed. NBCNews.com offered a correction at the bottom of the story: “CORRECTION (Sept. 6, 2017, 5:35 p.m.): An earlier version of this article misstated the party affiliation of Menendez. He is a Democrat, not a Republican.”

Seeing as how NBC’s Today wasn’t interested in the trial, it wasn’t shocking that they’d punt coverage to AP wire stories. Again, it’s still troubling that this liberal network didn’t engage in any serious proofreading.

Here’s a screen-cap of the NBCNews.com story with a time-stamp of 3:31 p.m. Eastern: 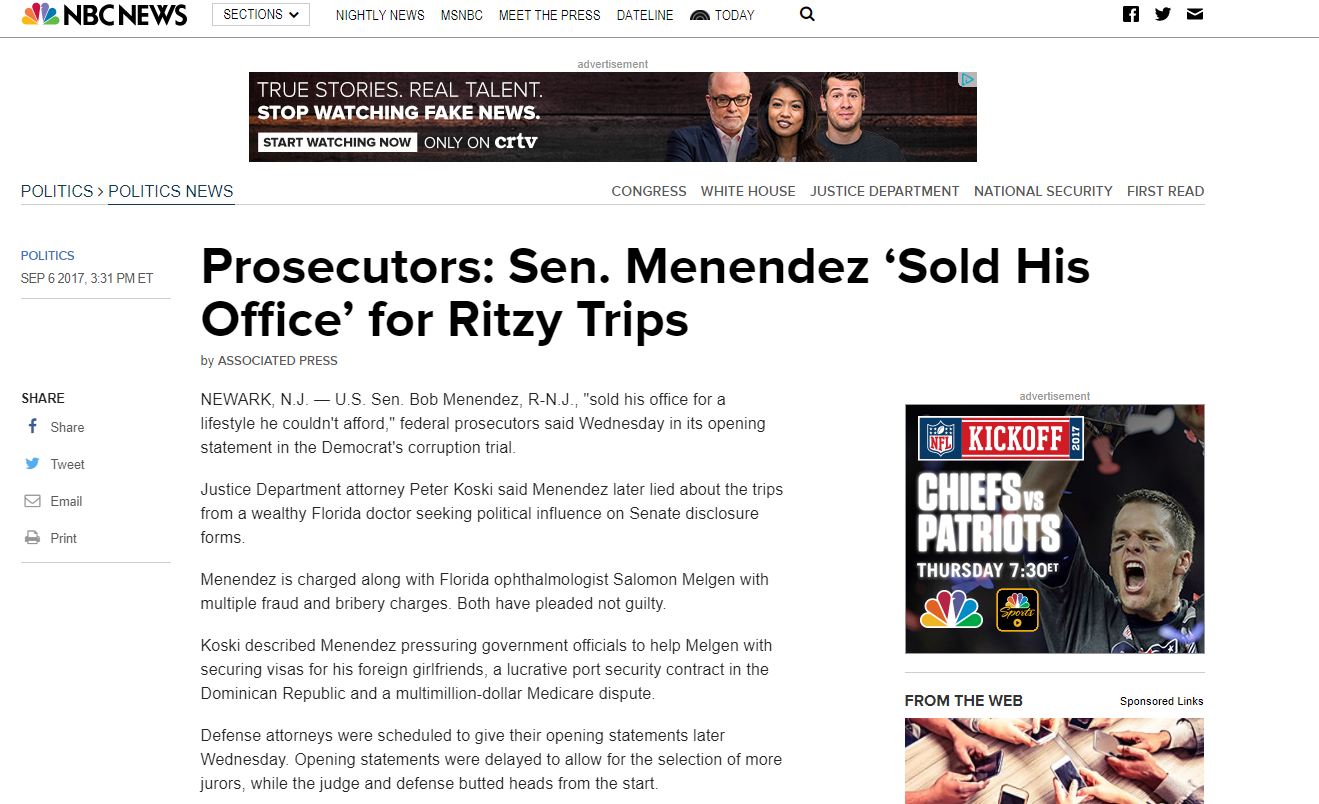 Likely attempting to stop the verbial bleeding from this embarrassment, NBCNews.com edited the story by changing the time-stamp to 5:26 p.m. Eastern and correcting Menenedez’s party label: 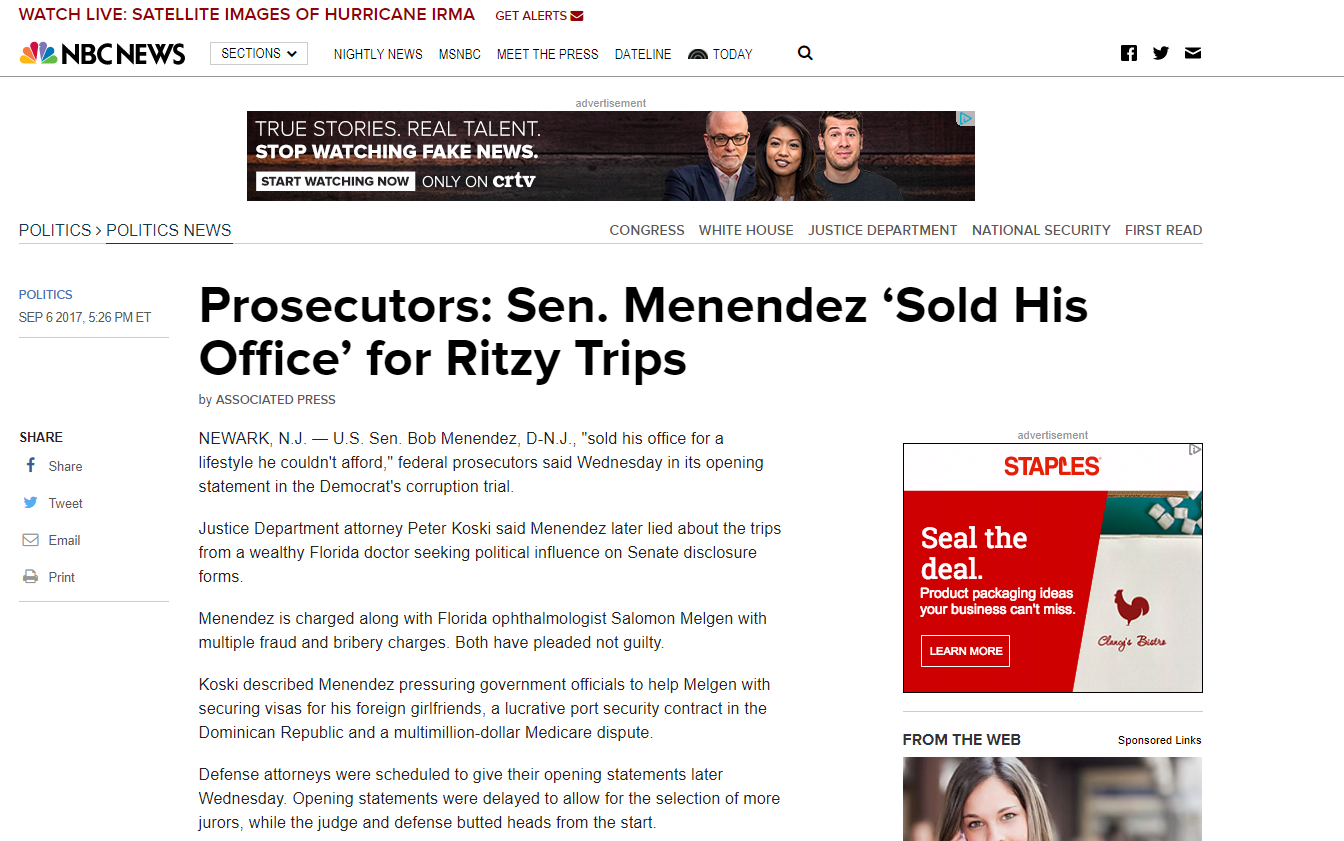 It was then changed again to a 5:35 p.m. Eastern publication time in order to add the correction at the bottom of the story.

A separate AP story had no such problem with party affiliation, as exhibited by the screen-cap below: 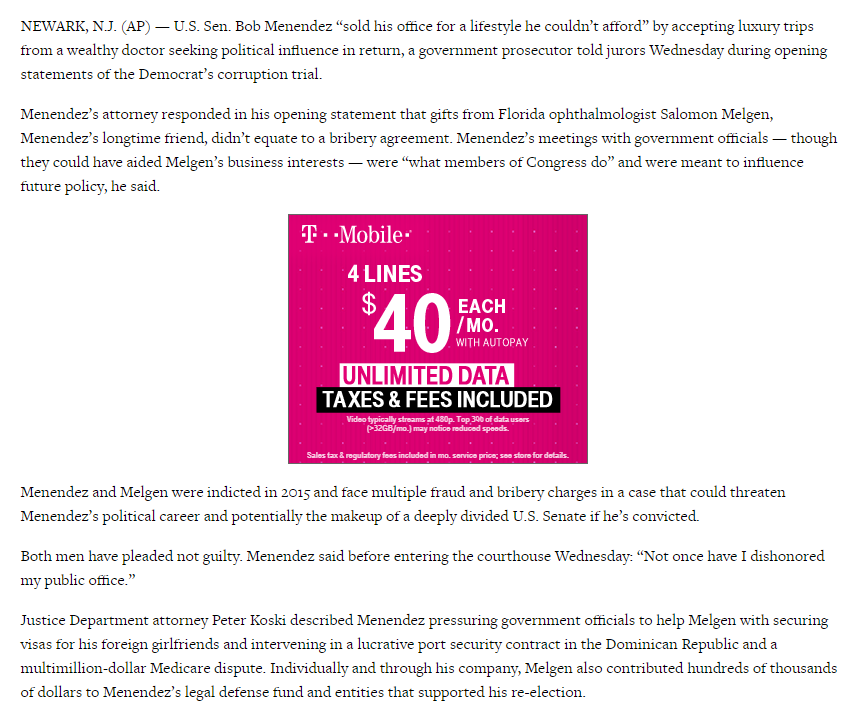