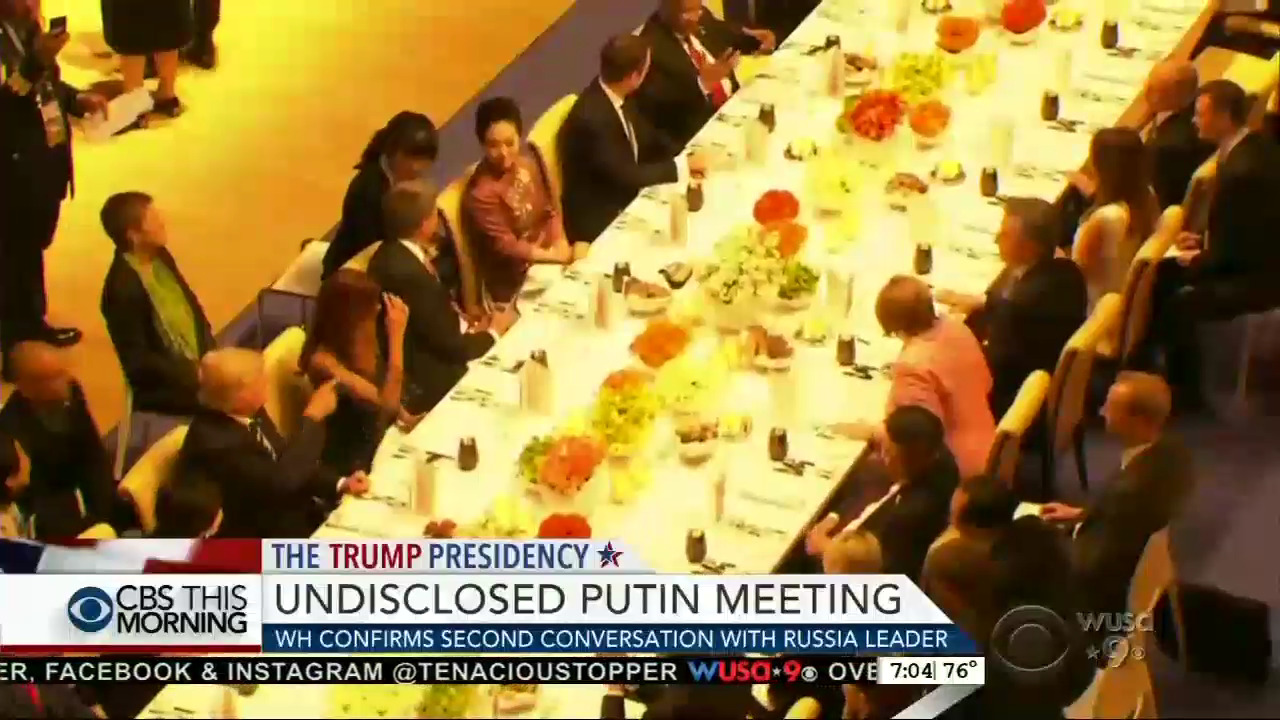 Media outlets ranging from CBS to CNN and MSNBC had egg on their faces Tuesday night after their bombshell revelations about a supposedly new, “previously undisclosed” meeting between President Donald Trump and Russian President Vladimir Putin fell flat upon reading a July 8 BuzzFeed news item.

The US president began the meeting by asking Putin directly about Russian interference in the 2016 presidential election, US officials said. However, Putin denied Russia was responsible, and the two camps would appear to disagree on exactly what was said during the two-hour meeting.

BuzzFeed News understands that the two leaders engaged in another “long chat” right after a G20 dinner on Friday night, according to a source present.

First lady Melania Trump had been seated next to Putin at the dinner. Trump sat next to Juliana Awada, the first lady of Argentina.

Sure, the meeting wasn’t discussed or reported by the Trump White House and those concerns are valid. That being said, the shock seen in the moments after it was floated by Ian Bremmer on PBS’s Charlie Rose late Monday night then confirmed to NBC’s Kristen Welker (among others) was something.

It turns out this meeting between President Trump and Russian President Vladimir Putin at the G-20 summit in Hamburg earlier this month was not the only one. Late today, the white house confirmed Putin and Mr. Trump had another previously undisclosed informal meeting that evening. We do not know what was discussed.

Bloomberg White House reporter Jennifer Epstein also tried to jump on the news a few hours earlier, though unsuccessfully after she wasn’t called on at Tuesday’s White House press briefing. She tweeted later once the White House acknowledgement came out: “White House confirms Trump & Putin met a second time at the G-20. @ianbremmer says it lasted an hour and only other was a Putin translator.”

The hysteria continued into the Wednesday morning newscasts. Appearing on NBC’s Today, MSNBC host and failed McCain campaign operative Nicolle Wallace sounded the alarm that such a meeting only added to “a cloud of suspicion over this White House” while co-host Savannah Guthrie breathlessly proclaimed that the Trump administration is “playing down a new controversy that erupted overnight involving Russian President Vladimir Putin.”

CBS News chief White House correspondent Major Garrett was beside himself during Wednesday’s CBS This Morning at this supposedly ground-breaking development:

Everything about this meeting is different and in some startling ways. No White House aide or national security adviser was present. Translation, typically the work of both countries, was provided solely by the Russians. It appears there's no recording or no notes were take oven this conversation and quite obviously the White House felt no need to disclose it to the White House reporters traveling with the President at the G-20.

For all the media did to defend BuzzFeed following their publication of the salacious and unsubstantiated Trump dossier, it’s quite something that BuzzFeed’s cohorts didn’t pay more attention to the July 8 post.

Facts are stubborn things and, as Ben Shapiro always says, don’t care about your feelings.