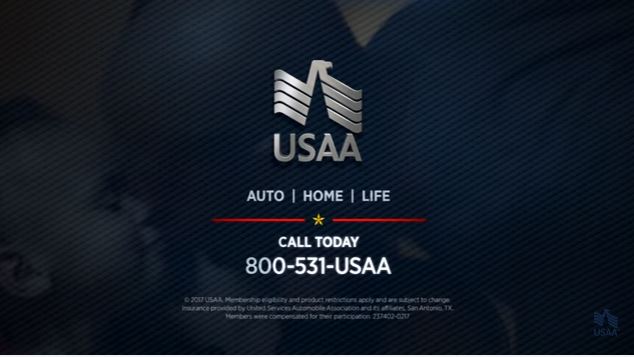 “The USAA financial services firm says it is reinstating its advertising on Sean Hannity’s Fox News Channel program after receiving heavy criticism from many of the military members and veterans that it serves,” the AP wrote.

In response, Media Research Center president Brent Bozell declared: “It goes without saying that USAA has not experienced this kind of customer outrage in its entire history.”

As readers may recall, USAA withdrew its advertisement spots on Thursday from Hannity’s FNC show after pressure from far-left organizations running a smear campaign in hopes of causing Hannity to lose his job.

USAA stated in a litany of tweets that they did so under the guise of being an “opinion” show and not one of the network’s “news programs.” The sorry excuse immediately backfired.

The Media Research Center’s Tim Graham wrote on Friday that this claim that they had advertised on “opinion shows” in error was dubious at best. USAA had prominently advertised on the eponymous shows of MSNBC pundits Rachel Maddow and Lawrence O’Donnell.

Here’s more from the AP story on the announcement:

USAA was one of 10 companies that had pulled ads from “Hannity,” who had been attacked for reporting a discredited story involving the death of a Democratic National Committee staff member. Hannity has said he will no longer talk about conspiracy theories on Seth Rich’s death last year.

USAA said it is continuing the commercials while reviewing its overall advertising policy.

This is quite a reversal from last Friday, when the AP began a report this way:

Financial services firm USAA, facing a backlash to its decision to pull advertising from Sean Hannity's show on Fox News Channel, says it is withdrawing from other opinion-based television programs.

The company, which sells insurance and other products to members of the U.S. military, veterans and their families, had cited its aversion to opinionated programming in backing away from Hannity.

Yet the conservative watchdog Media Research Center noted that USAA ads had run in recent weeks on left-leaning shows hosted by Rachel Maddow, Lawrence O'Donnell and Chris Matthews on MSNBC.