CNN’s Reliable Sources host Brian Stelter found himself in hot water on Wednesday morning as he met swift criticism on Twitter for sharing video of YouTube prank artist Adam Saleh being removed from a Delta Airlines flight because, according to Saleh, he was speaking Arabic.

Upon posting, the video went viral and, of course, was treated as serious to the point that a hashtag (#BoycottDelta) surfaced, so Stelter shared it in the following tweet: 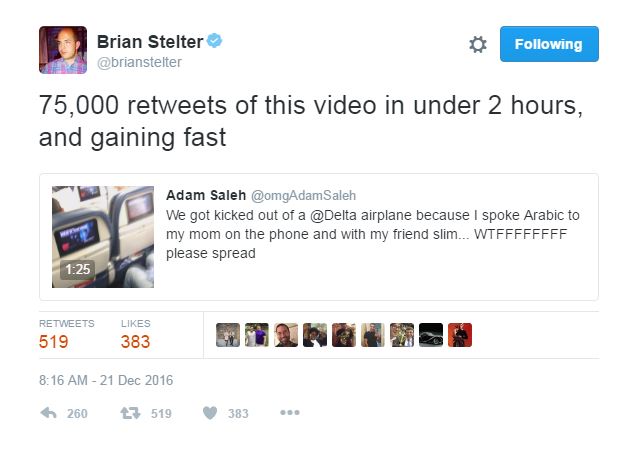 As our friends at Mediaite explained, anything Stelter tweets can have a massive impact because he has over 400,000 followers. Further, Mediaite’s Justin Bargona noted that Stelter has used his program Reliable Sources to wage war on fake news so this short-sightedness is quite interesting:

Stelter has over 400,000 followers and his tweet alone was reshared and liked hundreds of times, while also giving the clip tons of exposure due to his own high profile.

Stelter has used his program Reliable Sources to bring to light the dissemination of false stories. So, thus, it seems a bit ironic that he’d be involved in potentially spreading a hoax.

The astute Joe Concha from The Hill also promptly called Stelter out, ruling that he’s “not sure it's responsible to promote an unsubstantiated story with many Qs that may/may not be false regardless of motive for doing so.”

In one attempt to save face, Stelter claimed that he was “not ‘spreading fake news’” but instead “noting that a video is going viral to a degree that rarely happens” (as if he’s the arbiter of what’s real or fake). Additionally, he never provided followers with a caveat that Saleh has a history of claiming to be a victim of Islamophobia that turned out to be unfounded and/or staged.

Stelter’s defense only hindered an argument he frequently touted on CNN and Twitter which is that sharing of fake news is harmful with Trump supporters mostly likely to be “confused” by what should be considered “fake news.”

Those calling out Stelter only grew with everyone from Glenn Greenwald to Washington Examiner managing editor Philip Klein chiming in: 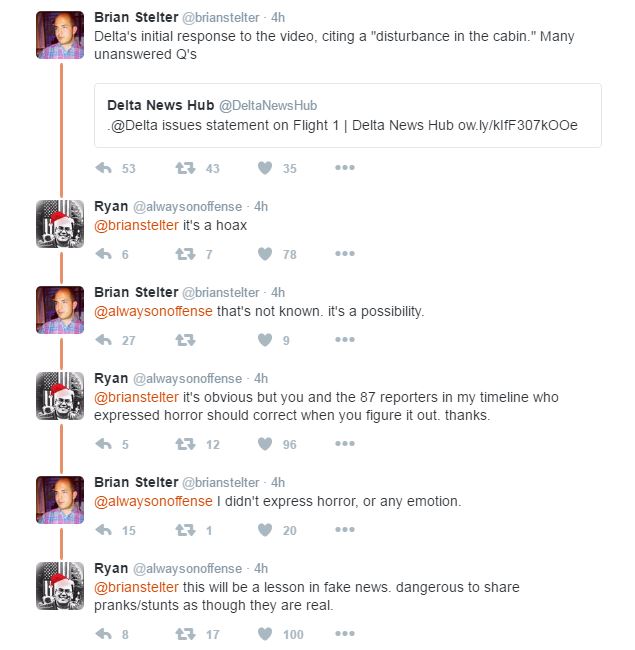 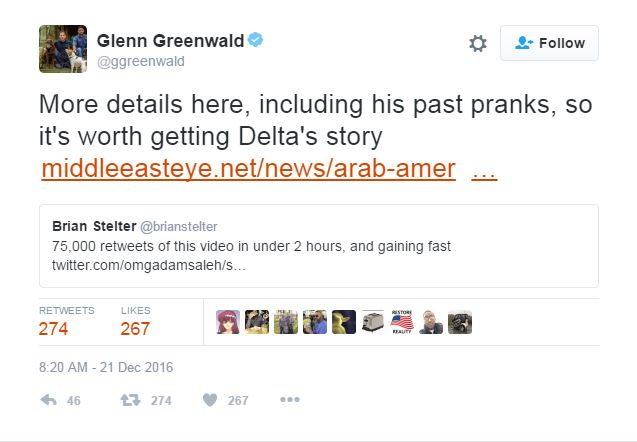 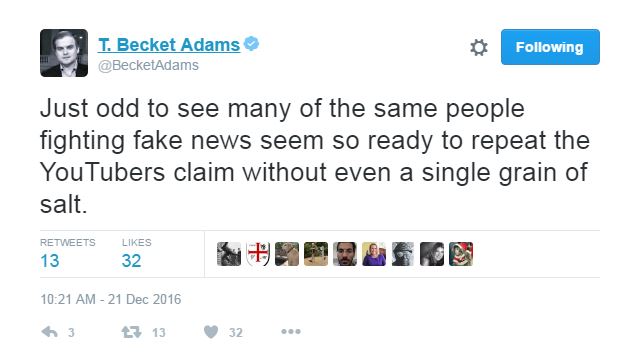 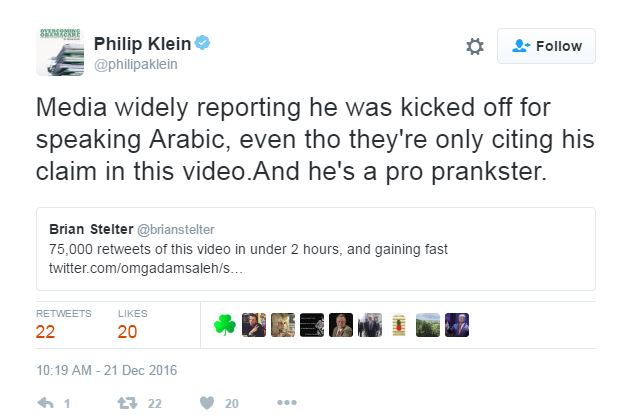 Once more, Stelter sought to find an exit ramp instead of admitting he made an honest mistake: 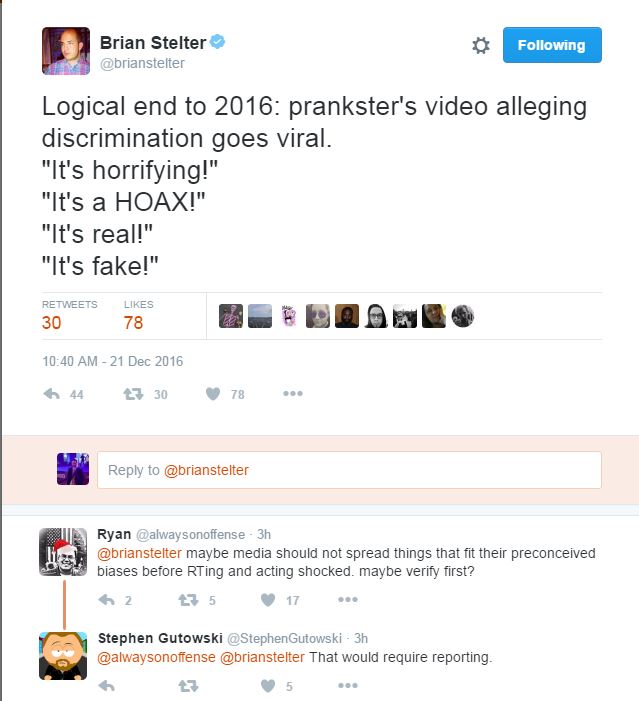 As a reminder to NewsBusters readers, this is the same person that lumped NewsBusters in as part of a “BS” “fake news” complex that sets out to publish false stories. Since that taped report on November 19, Stelter has yet to explain why he considers us a part of the problem even though members of our team have been welcomed as guests on his Sunday CNN show.