How the Media’s Infatuation with Eichenwald Overlooks His Sordid Past 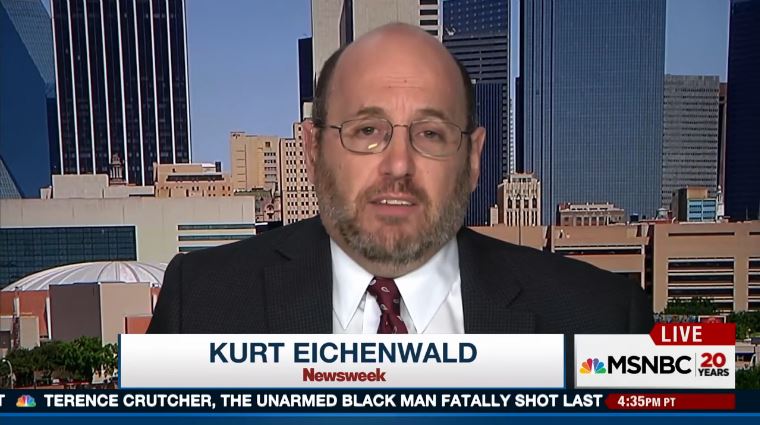 Late Thursday afternoon, freelance journalist and editor Sebastian Jones dropped a friendly reminder for Twitter users how the media’s neglecting to recount the disturbing past of Newsweek writer Kurt Eichenwald and instead praising him ad nauseam for his investigative reporting looking into President-elect Donald Trump’s finances and connections to foreign governments.

As Jones outlined, the mid 2000's saw Eichenwald embarrassed after it was discovered that, while at The New York Times, he had neglected to inform his editors, readers, and fellow writers that he had given thousands of dollars to gain the trust of a teenager connected to the dark world of child pornography for a December 2005 expose in the paper.

Jones provided a screen-cap from a New York magazine profile of Eichenwald’s blockbuster and how Eichenwald supposedly stumbled upon the story:

It was entirely by accident that he turned his talents to exposing the Internet-porn business, he says. Between investigations, he was Googling for a new project. “I was looking for something international,” he has said, and something involving dirty money. So he typed in Interpol, fraud alert, and investigations. That led him to a Website called MexicoFriends.com, which sounded to Eichenwald like it might involve cross-border money laundering but turned out to be an amateurish porn operation starring Justin Berry, who was 18 at the time, and a parade of beautiful Mexican women. His eye fell on the Website’s help icon. It was illustrated with the face of a young kid—Berry at about age 14.

While most reasonable people would contact authorities and ensure the site is shuttered, Eichenwald reached out to Berry and posed as Don Henley from the Eagles’ who was, in the words of the New York magazine piece, a “pervy fan” and “obsessed admirer.” Eichenwald claimed that he did so only out of his “increased...concern of the youth and his fears for the kid’s safety.”

The level of misbehavior and irresponsibility continued as Eichenwald wired cash to curry favor with this child-porn site without the knowledge or permission of The Times: 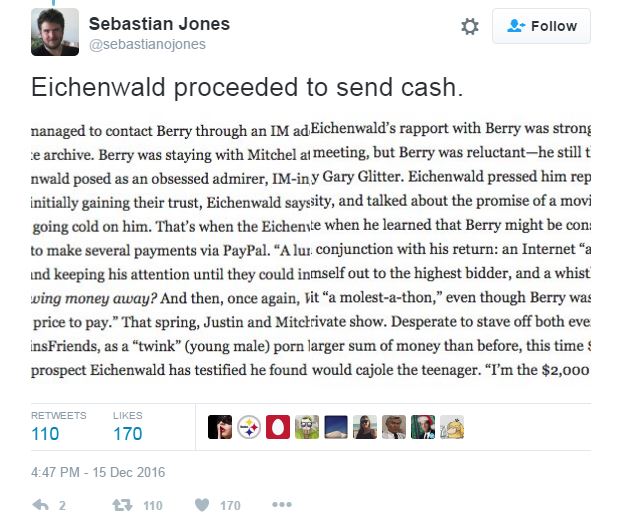 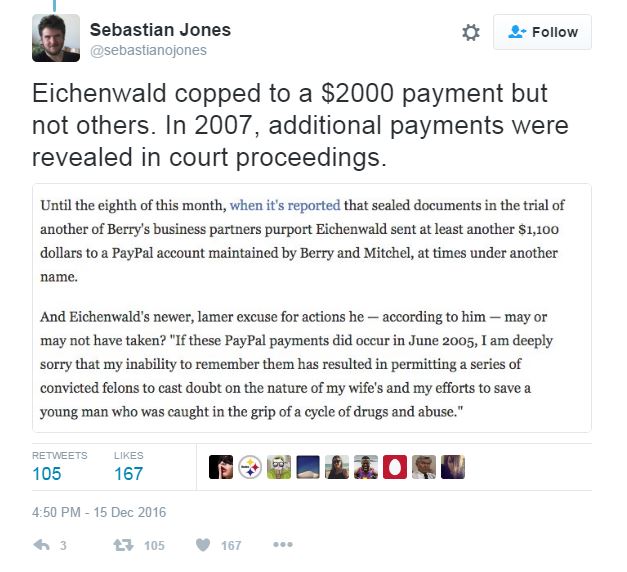 Not surprisingly, this became a disgraceful episode for the liberal paper while Eichenwald tried to slither his way out by arguing he was suffering from “significant memory disruptions” that kept him from being fully transparent:

A former New York Times reporter who wrote an article in late 2005 about a teenager who operated a pornographic Web site may have sent more money to the young man than he had previously acknowledged, according to people familiar with sealed documents filed with a court in Tennessee.

The reporter, Kurt Eichenwald, acknowledged this year that on June 8, 2005, he sent a $2,000 check to Justin Berry, the subject of that and later articles, but later demanded repayment and received it.

But several people involved in the court case say the sealed documents indicate that Mr. Eichenwald made at least $1,100 of additional payments in June 2005, some not in his own name, to a PayPal account controlled by Mr. Berry and another man who helped him operate his Web site. These people spoke on the condition of anonymity.

Despite all this, Eichenwald has been routinely championed both online and on television for his work going after Trump’s finances. Later on Thursday, Eichenwald lashed out at Jones for blowing the doors off this ordeal: 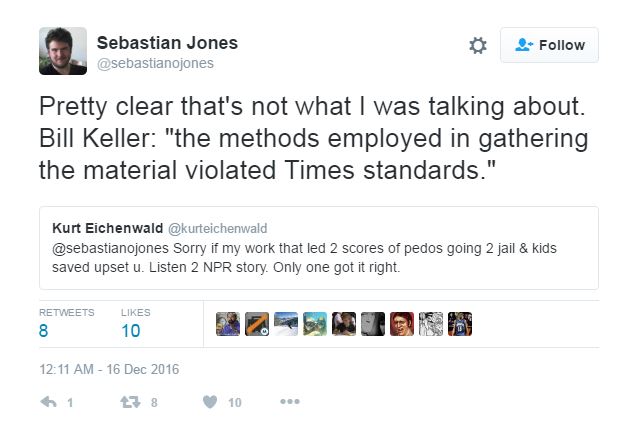 As for the quote Jones referenced, then-Times executive editor Bill Keller said the following in an August 2007 statement:

What we published in December 2005 was a disturbing portrayal of a pernicious online world. It is clear, however, that the methods employed in gathering the material violated Times standards. Had Kurt disclosed to us the full extent of his involvement with his sources and subjects we would have been obliged, at least, to have his work verified by another reporter.