ThinkProgress LGBT editor Zack Ford went on an anti-police, vile Twitter tirade Sunday afternoon in reaction to the deadly ambush of Baton Rouge, Louisiana police officers by touting how “it’s no surprise some are taking justice into their own hands” considering “how police haven’t been held accountable for murdering black people.” 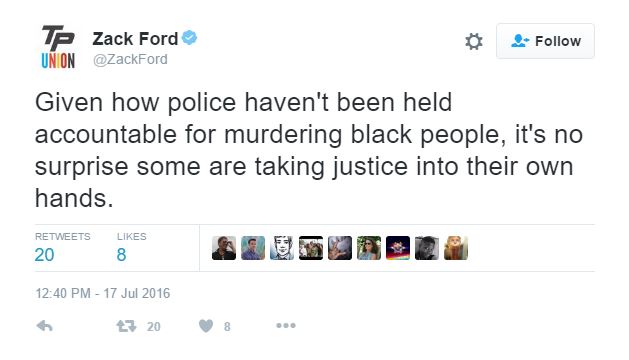 Naturally, Ford tried to backtrack in the time since (and delete the original tweet) as he ruled that he “abhor[s] all violence, but that doesn’t mean there isn’t something important to be learned from how these incidents keep playing out.”

Ford put out a series of other tweets attempting to explain himself, but he dug himself further down the proverbial hole and included one where he whined that “[a] lot of people think I support murder now”: 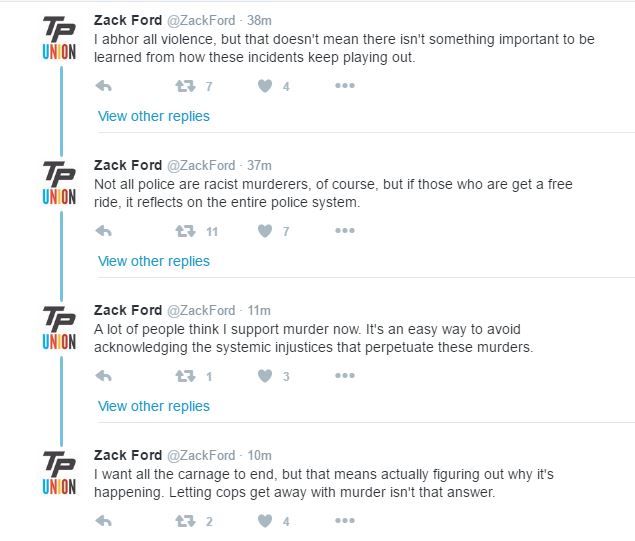 Following a myriad of backlash on Twitter, he accosted such critics by demanding that “[i]f anyone wants me to see a substantive reply, you’d best wait awhile” because “[t]housands of people are busy claiming I support cop killing.” 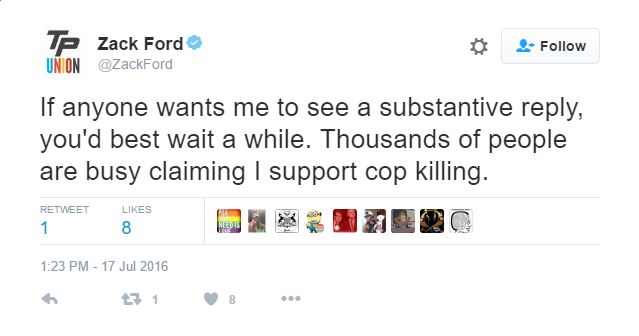 Needless to say, Ford only had what was coming to him in terms of the responses to his initial tweet and it’d be difficult to defend oneself whenever they rule after police officers have been murdered that they view the perpetrator(s) as “taking justice into their own hands” for the Black Lives Matter movement.