Commenting in a tweet showing video of a female Trump supporter having eggs hurled at her, Crawford opined that “[t]his is incredibly disturbing” and asked followers to “[i]magine the reaction if she'd been leaving an HRC [Hillary Rodham Clinton] rally and assaulted [sic] like this.”

Along with the link above, we’ve provided a screencap below in case Crawford decides to (or is told to) delete this tweet pointing out the double standard in how the media would react to the violence if the roles were reversed: 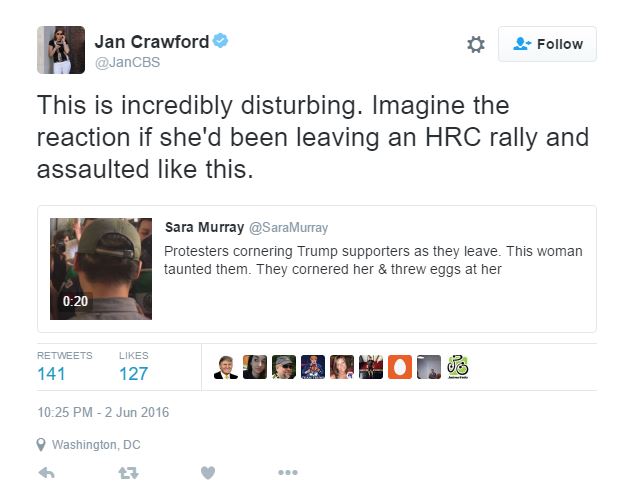 Also watching the scene unfold via Twitter was MSNBC’s All In host Chris Hayes, who observed that what was happening in San Jose resembled “despicable mob violence” that struck at the heart of an individual’s “right to attend a political rally”: 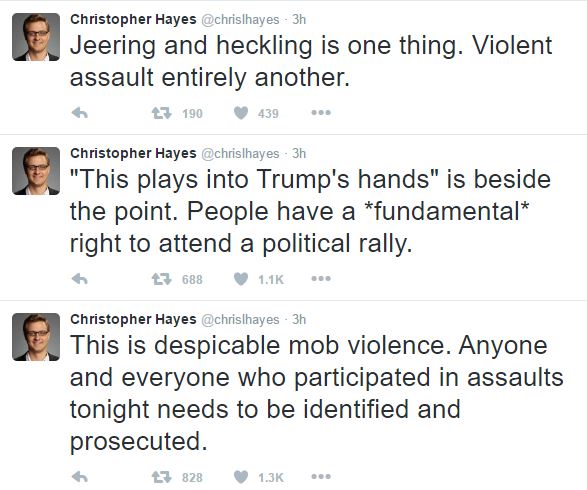 There were, of course, others who tweeted their approval of Trump supporters being viciously attacked, punched, and harassed. Huffington Post writer Jason Cherkis wondered if the protesters had thought about the possibility that their actions were “turn[ing] bigots into martyrs.”

In a tweet seconds before that, Cherkis ruled that since the billionaire candidate “incites violence,” what had happened afterward outside “[s]eems pretty obvious” to him: 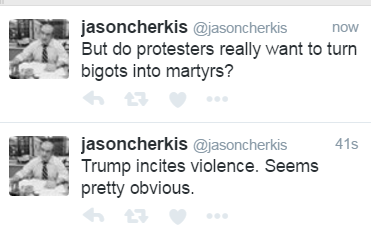 Despite having a Twitter account that’s locked, SiriusXM personality Michael Morales had this to say about it all plus some anti-Semitic material too (thanks to MRC’s Dan Gainor for these): 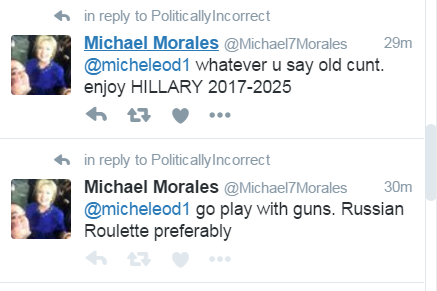 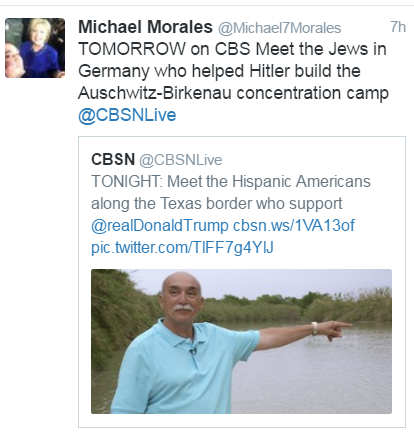