CNN on Hillary Before Benghazi Hearing; She’s ‘Battle Tested’ Who ‘Makes Even a Hot Seat’ ‘Cooler’

Previewing Hillary Clinton’s testimony Thursday morning before the House Select Committee on Benghazi, CNN’s Anderson Cooper 360 did their best on Wednesday to paint the most flattering picture possible of Clinton being “battle tested” with “steady nerves” despite “withering attacks” and the ability to turn “even a hot seat, if not comfortable, at least cooler.”

With the exception of her infamous outburst about “what difference does it make” in January 2013, Foreman explained that her history of congressional testimony “has historically been marked by steady nerves even amid withering attacks.”

Foreman later took viewers back to Clinton’s initial testimony in 1993 during her husband Bill’s failed push for health care reform and gushed that “[h]er composure and command drew rave reviews even if the legislation did not.”

Following years of being on the other side as a Senator asking questions, Foreman touted her performance in the 2013 Senate Benghazi hearing as “rarely...pushed off talking points” despite being “sharply challenged.”

Telling viewers that this “all comes down to a simple fact” that she has “more experience with congressional hearings than most of the people” who will question her, Foreman concluded that she “can make even a hot seat, if not comfortable, at least cooler.”

As part of a liberal panel with Donna Brazile and Jeffrey Toobin, Cooper also brought in former Clinton adviser David Gergen to continue the pro-Hillary cheerleading. Gergen began by hyping that “[s]he’s on a roll” because “she’s going to come in a much more confident position than she would have a few weeks ago.”

Predicting that the former secretary of state will “be very much in command of the facts,” Gergen further oozed that Clinton will maintain “her temperament” because “she'll come in respectful but she’ll be tough if she has to be.”

Gergen added that it would be unwise for anyone to come out and criticize dear Hillary: “She'll let them hit her first. Their worst mistake will be to try to bully her.”

The relevant portions of the transcript from CNN’s Anderson Cooper 360 on October 21 can be found below. 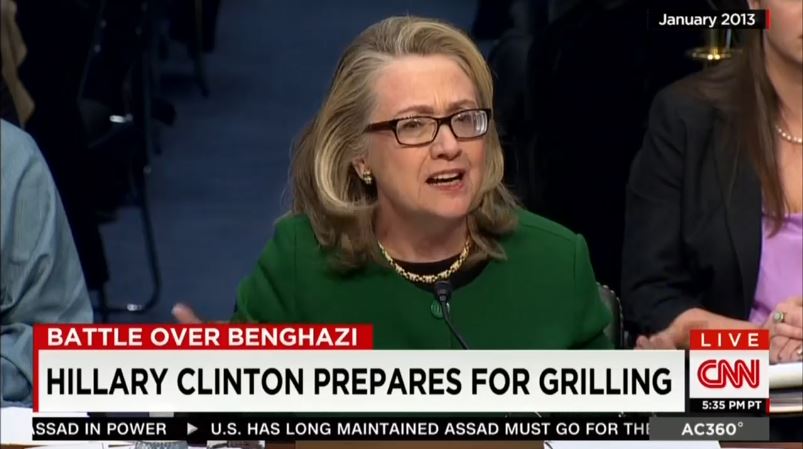 ANDERSON COOPER: Tomorrow morning at 10:00, Hillary Clinton is going to take her seat at a table across from the House Select Committee on Benghazi and the grilling will begin. Now, it’s expected to be a grueling hearing, lasting at least hours. The committee’s stated mission is to find out what happened before during and after the deadly 2012 attack on the U.S. Consulate in Libya when Mrs. Clinton was secretary of state. It’s also now longest running investigation in U.S. history and been accused of targeting Clinton to hurt her presidential campaign. Mrs. Clinton has spent the week preparing instead of campaigning. She knows she'll face tough questions but she's also, of course, battle tested. Tom Foreman takes a look.

TOM FOREMAN: Since the killing of four Americans in Benghazi in 2012, in all the congressional grilling, Hillary Clinton has let her frustration show in a big way only once.

HILLARY CLINTON [in January 2013]: Was it because of a protest or was it because of guys out on a walk one night and they decided they’d go kill some Americans. What difference, at this point, does it make?

FOREMAN: Aside from that, her testimony has historically been marked by steady nerves even amid withering attacks –

FOREMAN: Malpractice, health and insurance is what led her first to the witness chair.

FOREMAN: In 1993, she was the first First Lady to face Congress over massive pending legislation making the case for her husband east health care reform plan.

CLINTON [in June 1993]: The benefits package is a fair one particularly because it emphasizes primary and preventative health care

FOREMAN: Her composure and command drew rave reviews even if the legislation did not.

THEN-DEMOCRATIC CONGRESSMAN DAN ROSTENKOWSKI (Ill.): I think in the very near future, the President will be known as your husband who is that fellow? That's Hillary's husband.

FOREMAN: Since then, she has been in congressional hearings dozens of times, often fielding the questions sometimes as a senator asking them.

FOREMAN: In the Benghazi inquiry, even when sharply challenged, she's rarely been pushed off talking points.

CLINTON: With specific security requests, they didn't come to me. I had no knowledge of them.

FOREMAN: It all comes down to a simple fact. When Hillary Clinton walks into that room, she will have more experience with congressional hearings than most of the people there and that can make even a hot seat if not comfortable at least cooler. 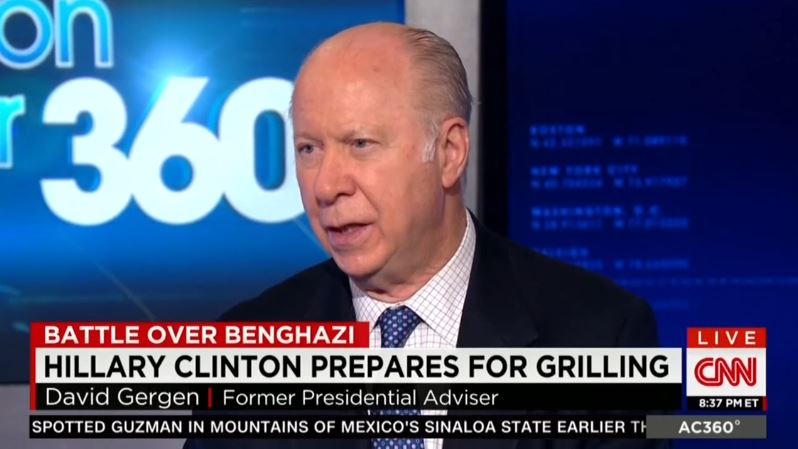 DAVID GERGEN: She's on a roll, Anderson. You know, she’s going to come in a much more confident position than she would have a few weeks ago. She's got the debate, Joe Biden dropping out and very importantly too Republicans undermining the credibility of the investigation itself, so I think she's going to come in, you know, I haven't gone through this, she'll be very lawyered up. They will spend a lot of time with her. I think David Kendall from Williams & Connolly will be right there at her side and he's been with her on this whole e-mail controversy. She'll be very much in command of the facts but mostly I think her temperament. I think she'll come in respectful but she’ll be tough if she has to be. She'll let them hit her first. Their worst mistake will be to try to bully her.