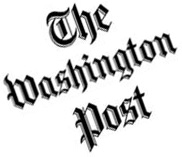 Despite a claim by Washington Post Ombudsman Andrew Alexander, that "accusations of journalistic overkill" in the newspaper's recent coverage of same-sex marriage are "off-base," the Post itself keeps piling up evidence of its pro-gay agenda.

The Culture and Media Institute found that between March 3, the day after same-sex couples could being applying for marriage licenses in the District of Columbia, through March 10, one week later, the Post devoted nearly 543 inches of column space (almost four full pages) to the new law and what it meant for local gay couples. Supporters of the changed policy were quoted 10 times more than opponents.

Alexander spoke with CMI last week about its review of the Post's coverage, but between March 18 and March 25, the newspaper devoted another 191 inches of column space to gay rights. Thirty-four different pro-gay quotes appeared in four stories, one of which was written by a bisexual, while the opposing view did not appear at all.

The articles ranged from features about a gay man who attempted to plan the world's largest mass-marriage and the problems lesbian women face in their desire to dress in men's clothing, to brief write-ups about a Department of Housing and Urban Development study on discrimination LGBT individuals face when looking for places to rent or buy, and the Pentagon's relaxing of "Don't Ask, Don't Tell" requirements.

Monica Hesse, who is now married to a man, but says she previously was in a relationship with a woman, penned the March 23 Style section piece, "Changing Aisles, Butch Lesbians Strive to be Well-Suited for Marriage." Five color photos accompanied the article, which featured six lesbians bemoaning the lack of options in formalwear for women who prefer to wear men's clothing.

"Women like me haven't necessarily had a community. We haven't shared information." complained Susan Herr. "Do we shop in the women's department or the men's? How should a good suit fit? We had to figure this all out on our own."

Hesse maintained that Herr wasn't trying to make a "political statement" with her style of dress, but that "she just wanted to feel comfortable in her own clothes."

What was portrayed as a human interest story, quickly became propaganda upon learning about Hesse's past.

"My current partner is a man," she disclosed in September 2009 after the LGBT community accused her of writing a "puff piece" profile on Brian Brown, the executive director of the National Organization for Marriage. "Before him, my partner of two years was a woman with whom I discussed health insurance, kids, houses and marriage. You can bet that I found the fact that our marriage wouldn't have been legal to be wrong as hell."

The Post ran a photo of Hesse in 2004, at a Guerilla Queer Bar event, and further indicated she's an advocate for gay and lesbian rights.

Hesse wrote the April 2009 obituary for the Guerilla Queer Bar, an LGBT event in which numerous gays and lesbians would "invade" a "straight bar."

Dubbing the event, "the friendliest of activist movements," Hesse reported of the very last organized Guerilla Queer Bar, "Boys dance with boys, girls dance with girls,[Chad] Kampe dances with two women who were earlier dancing with a straight guy and before that were dancing with each other. Who's straight? Who's gay? Who knows? And frankly, who cares?"

Style editor Lynn Medford claimed in September 2009, after criticism of Hesse's profile of Brown that "the lesson is to always, in some way, represent the other side."

But Post reporter Ellen McCarthy must have missed that memo. Her March 20 Style section profile of Mike Wilkinson's failed attempt at setting the record for the largest mass-marriage contained mentions of "negative feedback" about the event, but it was all from the LGBT community. No opponent of same-sex marriage appeared in her article.

"We have been waiting a long time for gay couples to be able to marry, so people are focused on creating events that are going to be really special," Mike Crawford, co-chairman of DC for Marriage, told McCarthy. "And it's hard to be special when you're getting married with hundreds of couples you don't know."

"Weddings are sacred gatherings," she said. "It's the joining of two soul mates. That's a very personal thing for gay couples as well as lesbian couples ... A mass wedding doesn't lend itself to that kind of intimacy."

And the Pentagon's scheduled announcement of its decision to relax requirements of the U.S. military's "Don't Ask, Don't Tell" policy, garnered only 432 words on March 25. The only quote came from Pentagon spokesman Geoff Morrell who said the changes would "provide for a more humane enforcement and application of the law."