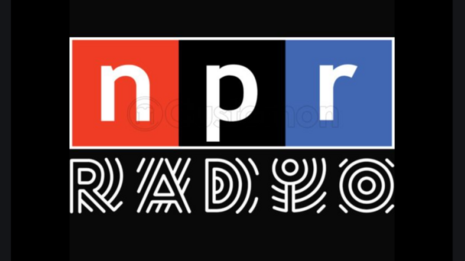 Suddenly, the liberal press is worried about disease-related stigma.

During the Covid hysteria, the press, including National Public Radio, pushed mask and vaccine mandates and contributed to the liberal dehumanization and banning from public spaces of the unvaccinated via vaccine passports, while pushing for school closures that deprived public-school children of education and milestone events.

But when it comes to the gay community, the emphasis is on reserving judgment and preserving personal freedom: No shaming, no lectures about even temporarily reining in promiscuous behavior, or else you risk “stigmatizing people” with homophobia.

Rachel Treisman, an NPR writer for Morning Edition, warned on Tuesday: “As monkeypox spreads, so do concerns about stigma.”

The lead, relying on the unreliable World Health Organization, was just as anti-science.

When the World Health Organization declared monkeypox a public health emergency over the weekend, it also warned of another threat to society:

"Stigma and discrimination can be as dangerous as any virus," said WHO Director-general Tedros Adhanom Ghebreyesus.

In fact, the WHO emergency committee that had previously considered whether to issue such a declaration was unable to reach a consensus in part because of concerns about the risk of stigma, marginalization and discrimination against the communities hit hardest by the virus.

The global monkeypox outbreak appears to mostly affect men who have sex with other men. A study published in the New England Journal of Medicine found that 98% of people diagnosed with the virus between April and June in more than a dozen countries identify as gay or bisexual men, and the WHO says that 99% of U.S. cases are related to male-to-male sexual contact.

That means that the public health systems can target their messaging and interventions to the specific communities most at risk. But it also carries the risk of stigmatizing those populations, while sowing complacency in others that could still be vulnerable.

Public health experts stress that monkeypox is relevant to everyone, since it can spread through skin-to-skin contact and potentially contaminated objects like clothing or towels. And viruses can infect anyone. The U.S. has already documented two cases of monkeypox in children, for example.

NPR kept at the monkeypox misinformation:

At a Tuesday briefing, White House adviser Dr. Ashish Jha urged people not to "use this moment to propagate homophobic or transphobic messaging," instead encouraging them to stick to evidence and facts, and to do so respectfully.

NPR couldn’t ignore the politically inconvenient truth that “about 95% of infections are transmitted by sexual contact,” mostly among gay men, but discouraged public health from admitting it, in order to avoid “stigma."

Titanji, the clinical researcher, says it's dangerous for public health messaging to falsely suggest that monkeypox is not an issue of concern to anyone other than men who have sex with men.

Treisman quoted a spokesman for Gay Men's Health Crisis, who ironically noted the importance of not shaming people over disease, and how the gay community should be given the chance to approach decisions about sex “with self-love and acceptance,” whatever that means.

A shame the left and its media allies didn’t follow that advice before shrieking about “killing grandma” at people who dared show their faces in public or engage in human companionship during the height of Covid hysteria.