CNN senior writer Brian Lowry, and by extension CNN media reporter Brian Stelter (host of the reliably slanted Reliable Sources), mocked right-of-center New York Times columnist Ross Douthat for daring to write about two new movies in his latest column, even though he’s been a movie critic for National Review for over a decade. It’s the latest demonstration of the mainstream press failing to follow or try to understand conservative media.

Stelter’s June 19 newsletter included a snotty take from Lowry that suggested Times op-ed columnists, and Douthat in particular, should stick to their knitting and leave pop culture analysis to the so-called experts, i.e. credentialed film critics. 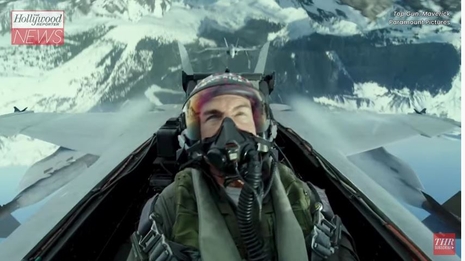 I hereby (half-jokingly) suggest a pact where film critics swear off politics if New York Times op-ed columnists stop writing about movies. Without refuting or dissecting them point by point, the shortcomings in Ross Douthat's latest column -- essentially envisioning two very different films, Top Gun: Maverick and The Northman, as a portal to Hollywood’s past -- underscore what can happen when news-based columnists choose to dabble in pop culture, a beat where (much like sports) everyone presumes that they're an expert...

So confident was Lowry he didn't bother to “refute or dissect” Douthat at all.

So what did Douthat do? He dared to suggest the two new movies “succeeded artistically because they are spiritually and artistically akin: two dramas of masculinity and heroism, shot through with powerful -- and very different -- moral and metaphysical worldviews.”

One can see what annoyed the liberals at CNN. Of The Northman, Douthat wrote: “You can see alternative perspectives -- Christian, liberal, feminist -- flickering in the background of the story, but the movie declines to pander to them, declines to wink broadly to modern sensibilities.”

Of Maverick: “The aviator blockbuster, in which the unidentified enemy exists primarily as a testing for the heroes, offers chaste romance, adoptive paternal and filial relationships, and a message from the New Testament: Greater love hath no man than this, that a man lay down his life for his friends.”

In their attempt to tell a right-leaning voice to stay in his lane, Lowry and Stelter demonstrated their own ignorance and incuriosity . The film critic credit is even in Douthat’s Twitter bio, if CNN had bothered to look!

Truly amazing face-plant by Brian Lowry of CNN when he says @DouthatNYT should stick to politics and not write about film. Ross has been the film critic for National Review magazine for nearly 15 years.

At least Lowry apologized to Douthat in the Monday edition of Stelter’s newsletter.

On the other hand, Times film critics A.O. Scott and Manohla Dargis never "swear off" spewing their personal political opinions all over their movie reviews, not just while praising liberal documentaries, but when finding scary “fascist” themes in superhero movies.

For years, Scott and Dargis conducted a semi-annual handwringing discussion in the pages of the Times, lamenting racism, sexism, etc. among current Hollywood offerings, offering up scoldings like Dargis’s “White people just need to do better,” or criticism encapsulated by a headline, “Watching a White Academy Squirm.”

When the verdict in the Johnny Depp-Amber Heard case didn’t go the way he wanted, Scott declared “Misogyny isn’t the subtext of American political rage and social dysfunction; all too often, it’s the plain text….” No reporters scolded movie critic Scott for "dabbling" in civil law or feminism.

But let Douthat work in traditional sociological points while talking about a Viking flick and suddenly CNN feels the need to police opinion lanes for verboten topics.