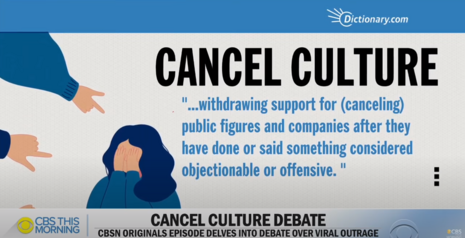 The New York Times has a gross double standard on “cancel culture,” or what it called “digital shaming,” as evidenced in a Sunday Business section story by tech reporter Kashmir Hill, “Our Digital Pasts Weren’t Supposed to Be Weaponized – A recent firing is the latest example of how we can’t outrun our old posts.”

The internet is a fossil machine. It preserves our thoughts, our political positions, our jokes, our photos, our triumphs and our mistakes in silicon amber, just waiting to be dug up. And that has led to a kind of modern sport: Find an outrageous piece of a person’s past that can be weaponized, put it on display for all to see and hope for the worst.

The most surprising thing, though, is that this is still happening.

But Hill’s two examples are both against the usual grain of intolerant liberals getting conservatives canned. She managed to find only two Democrats who suffered consequences from old social media posts.

The latest target of adversarial archaeologists is Emily Wilder, 22, who was fired by The Associated Press just three weeks into the job after the Stanford College Republicans surfaced her pro-Palestine activism and social media posts while in college…. 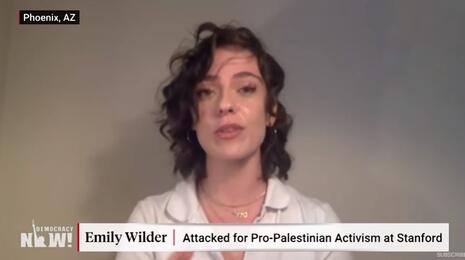 Another liberal, another anecdote:

….She said in a recent interview that she thought her so-called scandal would be a temporary blip before society adjusted and “that people would grow more accepting” of photos or problematic comments from the past.

Why haven’t repeated calls to replace digital shaming with empathy and compassion resonated? Or at the very least, why hasn’t a fear of mutually assured destruction set in?

“I think it’s because it’s worked, so partisan operatives and actors are going to continue to use the technique,” Ms. Ball said. “They ginned up this outrage to get Emily Wilder fired. And then they have the temerity to cry about ‘cancel culture.’”

That is the current phrase used by the political right to describe punishing people for “wrongthink.”….

Hill’s story blaming the right for cancel culture conveniently left out myriad examples of  “cancellation” of both conservative writers and activists, and people outside the political arena.

Journalist Kevin Williamson’s move from conservative journal National Review to mainstream-liberal The Atlantic was squashed after his strongly held views against abortion were revealed.

When past comments by young Second Amendment activist Kyle Kashuv were dredged up that denied him a place at Harvard, the Times covered the controversy on the front page.

The paper also fronted a story about a high school senior who withdrew her college application after her classmate Jimmy Galligan released a three-second clip of her rapping a racial slur years before, in a nasty act of vengeance solely to wreck her college chances.

None of the above cancellation victims garnered sympathy from the Times.