Editor's Note, 03/11/21: Tucker Carlson addressed the meltdowns from Lorenz, The Times, and like-minded media elites. Our Nicholas Fondacaro has a full recap here. In a statement, Fox News added: “No public figure or journalist should be immune from legitimate criticism of their reporting, claims or journalistic tactics.”

Lorenz displayed a ridiculous martyr complex in a tweet on International Woman’s Day on Tuesday, making herself out to be a victim, from her lofty Times perch.

For international women’s day please consider supporting women enduring online harassment. It’s not an exaggeration to say that the harassment and smear campaign I’ve had to endure over the past year has destroyed my life. No one should have to go through this.

Too bad she didn’t stop to think before trying to destroy other people’s lives with falsehoods or hit pieces, as Tiana Lowe argued at the Washington Examiner under the headline “Taylor Lorenz did this to herself.”

On his Tuesday night show, Fox News host Tucker Carlson pointed to her privileged position at the New York Times while noting Lorenz actually has “one of the best lives in the country.”

Carlson’s commentary offended the Times public relations department, which responded in a huff on Wednesday afternoon, with embarrassing results: 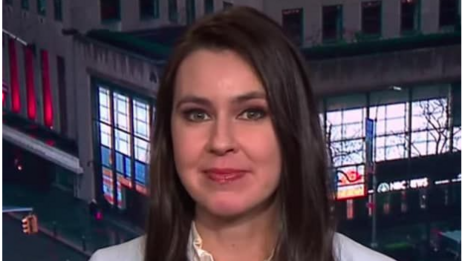 “In a now familiar move, Tucker Carlson opened his show last night by attacking a journalist. It was a calculated and cruel tactic, which he regularly deploys to unleash a wave of harassment and vitriol at his intended target.

Taylor Lorenz is a talented New York Times journalist doing timely and essential reporting. Journalists should be able to do their jobs without facing harassment.”

The Times obviously can’t tell criticism from “harassment.” They and Lorenz can’t take criticism, but they can sure dish it out to people they don’t like. After all, Lorenz, one of the paper’s tech journalists waging a strange war on internet privacy, notoriously smeared famed venture capitalist and Netscape co-founder Marc Andreessen while stalking his talks on the new social media app Clubhouse, which allows people to host conversations that go unrecorded.

Lorenz doesn’t like that part, immaturely bragging about getting a “Clubhouse burner account” to spy on Andreessen in a chat room. Lorenz falsely claimed he used “the r-slur” (“retard”) during a Clubhouse chat while discussing how a stock-chat forum on Reddit escalated the price of GameStop stock.

By the way, if the Times is mad at how Tucker Carlson treated one of their journalists, they should see how the paper itself treats them: Robert McNeil, Bari Weiss, James Bennet, Bret Stephens, etc., all either canned or censored for anti-woke wordcrime. Or how Lorenz treats those she doesn’t like, like Andreesen, smearing them with falsehoods.

The most extraordinary part of all this is that the only reason anyone is talking about Taylor Lorenz is because she twice fabricated serious accusations about someone, so by equating criticisms of her with "abuse," she gets to somehow become the victim and her sins are absolved.