With Reade, NYTimes No Longer Believes All Women: 'Doesn't Mean Every Woman Is Right' 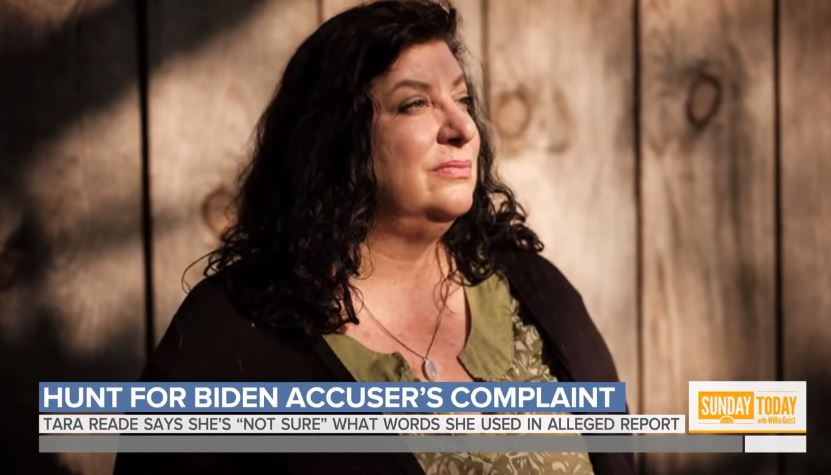 The New York Times is waking up to Tara Reade’s accusation of sexual assault against likely Democratic nominee Joe Biden. Yet the paper is still flattering Biden's party with its concern over #MeToo issues, “vitally important to many members of his party.”

They actually gave Biden credit for his response.

Mr. Biden, in arguing that victims should be heard while trying to defend himself, also further sharpened the already stark distinctions between the pressures facing him and the president on matters of gender and sex.

Mr. Trump has been accused of more than a dozen allegations of sexual harassment, assault and rape, and in the 2016 election confronted the release of a recording in which he was heard in his own voice boasting about groping women.....Mr. Biden, meanwhile, has faced a single allegation of assault -- Ms. Reade’s -- that has flummoxed the former vice president and his campaign....

So “a single allegation of assault” is insufficiently concerning. How many does the Times require?

A front-page “news analysis” Sunday by Jessica Bennett and Lisa Lerer sympathized with the feminist hypocrites now obliged to have an opinion on a sexual assault case against a Democratic candidate: “The Allegation Is Against Biden, but the Burden Falls on Women.”

And so, the burden has been placed on women to defend Mr. Biden, and to face accusations of hypocrisy from some on the right, that progressive men have not had to endure.

As many conservatives have noted, the response to Ms. Reade has appeared in stark contrast to the way that Democrats rallied around Christine Blasey Ford during the 2018 confirmation hearings of Justice Brett M. Kavanaugh, with Mr. Biden himself saying he believed that Dr. Blasey “should be given the benefit of the doubt.”

With Mr. Trump in the White House, and a country that is learning -- very slowly -- to reconsider the form that harassment and assault can take, Democrats have staked their political brand on the idea that all allegations should be taken seriously and that every woman has a right to be heard. But that doesn’t mean every woman is right when she speaks.

One can’t imagine the paper even hypothetically posing this next question to Republican senators voting on Brett Kavanaugh, courtesy of Cornell professor Kate Manne:

Do progressive voters put aside an accusation they may believe is credible for the sake of what they believe to be the greater good of the country?

Even as prominent Democratic politicians have endured sexual harassment scandals, the Times consistently places the Democratic Party on moral high ground, just too tough on itself. Meanwhile, the paper carefully elides the party’s fierce defenses of Sen. Ted Kennedy and Bill Clinton, and the partisan sliming of Clinton’s accusers.