On 'Chinese Virus,' NY Times Sucks Up to 'Chinese Officials' Over 'Racist' Trump 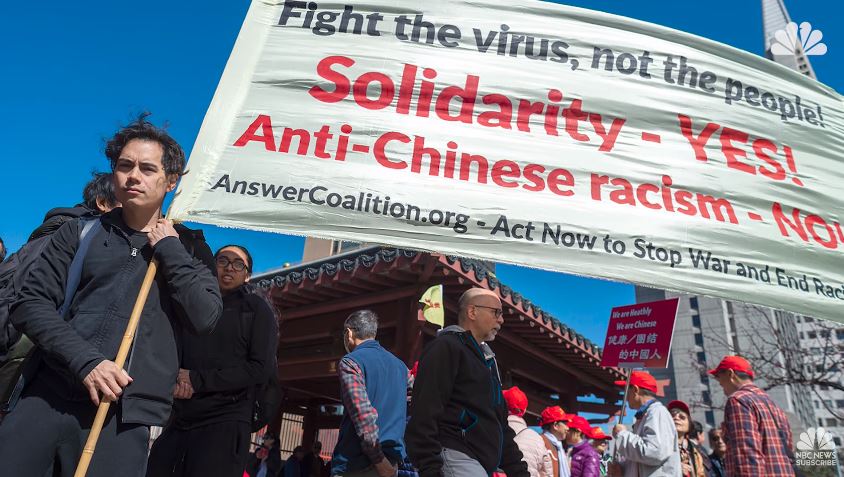 President Trump on Wednesday defended his increasingly frequent practice of calling the coronavirus the “Chinese Virus,” ignoring a growing chorus of criticism that it is racist and anti-Chinese.

“It’s not racist at all,” Mr. Trump said, explaining his rationale. “It comes from China, that’s why.”

But the term has angered Chinese officials and a wide range of critics, and China experts say labeling the virus that way will only ratchet up tensions between the two countries, while resulting in the kind of xenophobia that American leaders should discourage. Asian-Americans have reported incidents of racial slurs and physical abuse because of the erroneous perception that China is the cause of the virus.

The virus originated in China, perhaps at an outdoor live-animal market.

“The use of this term is not only corrosive vis-à-vis a global audience, including here at home, it is also fueling a narrative in China about a broader American hatred and fear of not just the Chinese Communist Party but of China and Chinese people in general,” said Scott Kennedy, a China expert at the Center for Strategic and International Studies.

....after the briefing, the White House on Twitter criticized what it called “the media’s fake outrage,” pointing to other illnesses that had been named after places, including the Ebola virus and the West Nile virus.

(Not to mention Zika, Lyme Disease, and others.)

Does the Times think China has earned the benefit of the doubt, based on their despicable behavior so far?

The paper stacks its coverage so Trump can be faulted both when he dawdles and when he clamps down.

...Mr. Trump has repeatedly signaled in his public remarks that he viewed the virus as a foreign threat, and has repeatedly highlighted his early decision to close American borders to Chinese travelers.

But Yanzhong Huang, a senior fellow for global health at the Council on Foreign Relations, said Mr. Trump’s travel measures fell far short of a comprehensive approach that would include testing and quarantines, and overall were “too little, too late.”

Perhaps no administration official has been as consistent in connecting the virus to China as Secretary of State Mike Pompeo....Even as he said that “now is not the time for recrimination,” Mr. Pompeo also again accused China of initially playing down the threat posed by what is now a pandemic.