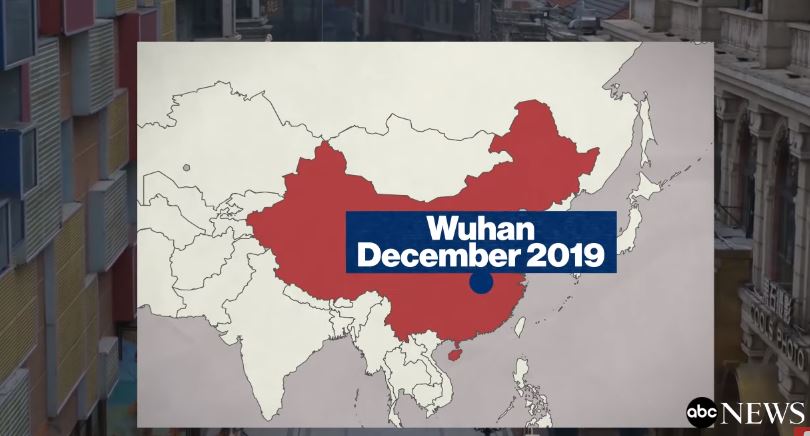 Demonstrating that the paper’s priorities remained in perfect order, New York Times reporter Katie Rogers nailed the real coronavirus crisis: “Politicians’ Use of ‘Wuhan Virus’ Starts a Debate Health Experts Wanted to Avoid -- Despite the recommendations of health officials, some conservatives are using the term to describe Covid-19, prompting a blame game over who is politicizing the coronavirus.”

The name Covid-19 was clinical and nondescript, and that was exactly the point when the World Health Organization revealed it to guard against stigmatization of the place from which it originated. But a month later, the recommended terminology for the coronavirus has not extended to every corner of politics.

Some conservative politicians and officials, including Secretary of State Mike Pompeo, are using “Wuhan virus,” a term that proliferated on news sites and in political commentary, mostly before the virus received an official name....Representative Paul Gosar, Republican of Arizona, used it when announcing that he and several staff members had come into contact with a person who attended the Conservative Political Action Conference and tested positive for the virus.

What followed was a torrent of online criticism that his comment was xenophobic and racist, and that attaching geography to a virus that was first detected in Wuhan, China, will lead to continued stigmatization of the Chinese....

She noted “health officials have tried to avoid since releasing more stringent guidelines for naming viruses in 2015.”

Rogers, whose reporting is among the most rhetorically distorted against Trump, managed to skip the Ebola epidemic, named after a river in Zaire, Africa, where the first outbreak occurred in 1976.

In this outbreak, Mr. Gosar and members of his congressional staff have been aggressive in pushing back against criticism of their use of “Wuhan virus.” They have also shared screenshots of news articles that used the term in headlines, many from the weeks before the virus received an official name.

Including the Times itself, though of course Rogers failed to mention it. A striking example from a January 24 tweet:

The Wuhan virus has turned up in Japan, South Korea, Thailand, Singapore, Taiwan, Vietnam and the United States. Investigators in other countries, including Mexico and Saudi Arabia, are evaluating possible cases...

She even defended the conspiracy-spreading Chinese Communist regime against Secretary Pompeo.

For Mr. Pompeo’s part, a State Department official said on Monday that the secretary was using this language to counter Chinese Communist Party disinformation. This echoes public remarks made by Mr. Pompeo, when he rejected a suggestion made last week by Zhao Lijian, a Chinese Foreign Ministry spokesman, that the coronavirus may not have originated in China, and that it was “highly irresponsible” to connect the two.

In a slate of interviews, Mr. Pompeo did just that. He also accused the Chinese of withholding information as the virus spread and conspiracy theories proliferated, some claiming the virus had actually come from the United States.

The virus is considered to have originated in Wuhan, China, perhaps at a live-animal market.