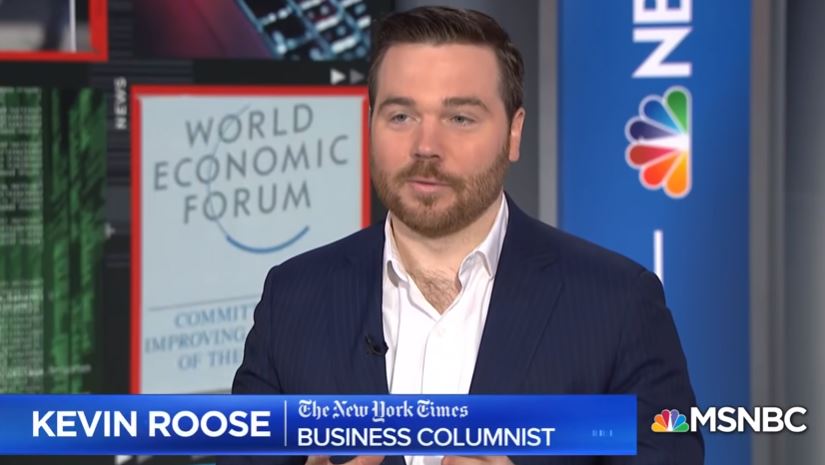 On Monday's front page, New York Times reporters Mike McIntire and Kevin Roose went after the “pro-Trump” QAnon cult, which spread the discredited “Pizzagate” conspiracy and a myriad of others. They tried hard to tie QAnon to President Trump in “Web Delusion Oozes Offline To Real World.”

But what about the wide world of left-wing conspiracists? For the Times, it either doesn’t exist, or is treated affectionately.

A city council member in California took the dais and quoted from QAnon, a pro-Trump conspiracy theory about “deep state” traitors plotting against the president, concluding her remarks, “God bless Q.”

But the paper has ignored crazed statements from local politicians harmful to the left’s reputation. Trayon White Sr., who remains a Washington, D.C. councilman, posted a video during a 2018 snowstorm asserting that Jewish financiers control the weather. That controversy merited only a stray mention in a nytimes.com opinion piece.

What began online more than two years ago as an intricate, if baseless, conspiracy theory that quickly attracted thousands of followers has since found footholds in the offline world....

The Times has also acknowledged some form of the anti-Trump “Deep State,” and wholly approves. They can't see that claiming the Russians colluded with the Trump campaign in 2016 is "conspiracy theorizing," spread repeatedly across the front page of the nation's most prestigious broadsheet. But only Trump pushes groundless conspiracies.

The seepage of conspiracy theorizing from the digital fever swamps into life offline is one of the more unsettling developments of the Trump era, in which the president has relentlessly pushed groundless conspiracies to reshape political narratives to his liking. In promoting fringe ideas about deep state schemes, Mr. Trump has at times elevated and encouraged QAnon followers -- recirculating their posts on Twitter, posing with one for a photograph in the Oval Office, inviting some to a White House “social media summit.”....

Some QAnon fans are hardened conspiracy buffs who previously believed other fringe theories, such as the bogus claim that the Sept. 11 terrorist attacks were an “inside job.”

The Times has been quite kind to that "bogus claim" before, in a 2006 profile of "Bush-caused-9-11” conspiracy nuts at a Truther convention, even printing this supportive text box: “Some participants see an American tradition of questioning concentrated power.”

McIntire and Roose carefully constructed a link from QAnon to Trump.

With its core belief that the president is heroically battling entrenched evildoers, QAnon may be the ultimate manifestation of Trump-inspired conspiracy mongering....

This from the same paper that sold the conspiratorial, anti-Semitic, sidewalk-shouting Black Israelite groups as “harmless,” before someone inspired by their rhetoric massacred Jews and others in New Jersey.

The QAnon craze even briefly surfaced at a community college: "The theory also showed up at Mesa Community College in Arizona, where an adjunct professor of English, Douglas Belmore, began working it into classroom lectures. He was fired last summer after students complained."

One awaits the paper’s expose of Marxist nuttiness from college professors.

In 2019 Roose issued a 4,000-word front-page smear of conservative social media, embodied in the form of an alleged YouTube “radical.” Among subject Caleb Cain’s extremist acts: “He spent much of the night watching clips of Ms. Clinton’s supporters crying after the election was called in Mr. Trump’s favor.” How terrifying!