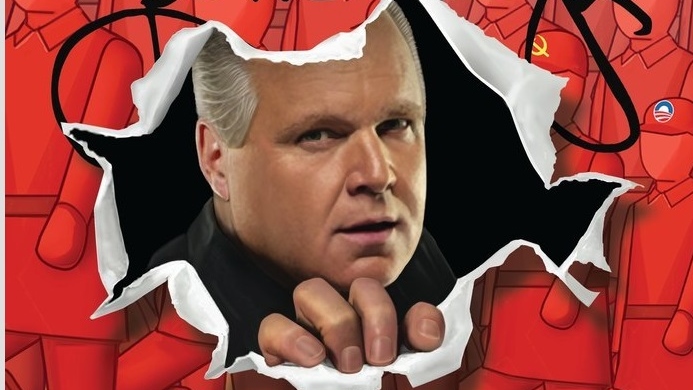 Reporters at ABC and CBS went offensive over the sad news that renowned conservative radio host Rush Limbaugh is fighting lung cancer. An ABC News writer posted an extraordinarily hostile article Wednesday afternoon, after Limbaugh was awarded the Presidential Medal of Freedom during Tuesday night’s State of the Union: “Rush Limbaugh's Medal of Freedom from Trump draws backlash over past comments -- The move drew ire from Democrats and advocates.”

Things took a sour turn right from the lead in Ella Torres’ story.

In a night full of divisive moments, President Donald Trump's decision to award the Presidential Medal of Freedom to conservative talk show host Rush Limbaugh -- a polarizing figure who has insisted it was unfair to blame white Americans for slavery, blamed gay marriage for the decline of Christianity, and attempted to slut-shame a woman seeking coverage for contraception -- stood out.

....While Limbaugh's diagnosis drew well-wishes from some on both sides of the political divide, it also prompted a conversation about his past comments and views on topics such as immigration, women's rights and race.

“Well-wishes” from the left? Torres skipped the many nasty cracks from celebrities and liberal journalists.

As many other critics who made statements or posted on social media noted, Limbaugh has made numerous derogatory comments about minority groups as well as offensive comments about AIDS and the LGBTQ community, suicide and many other sensitive topics and marginalized communities.

It is easy to get offended if you assume any race-related comment by a conservative is racist.

Limbaugh said on his talk show in 2013 that "white guilt needs to end."

She even clumsily managed to accuse Limbaugh of anti-Chinese bias.

Just a little more than a week before Limbaugh was presented with the Presidential Medal of Freedom, he suggested on his radio show banning Chinese citizens from entering the U.S. amid the coronavirus outbreak, which has prompted anti-Chinese racism around the world.

"This is a serious thing that could be brewing out there, and just a question that I'm asking," Limbaugh said.

The director of the National Center for Immunization and Respiratory Diseases last week called for people to not discriminate against Chinese people.

Mr. Trump's decision drew fierce blowback from critics who pointed to Limbaugh's decades of bigoted rhetoric and spreading conspiracy theories and misinformation on his show....

It's safe to assume Limbaugh is the only Medal of Freedom recipient who publicly compared black athletes to thugs, mocked a celebrity for having Parkinson's disease and suggested that smoking and an impending hurricane weren't really that dangerous.

One simply cannot imagine the press treating a prominent left-wing host this way after being stricken with a life-threatening illness.