Chuck Todd surely knows the reputation of Rolling Stone in 2019, and yet there's this amazing headline from the interview he granted them:

How Disinformation Spreads, According to Chuck Todd

Chuck Todd has had a front-row seat for the spread of disinformation. Here’s how he sees it happening and the media’s role in it 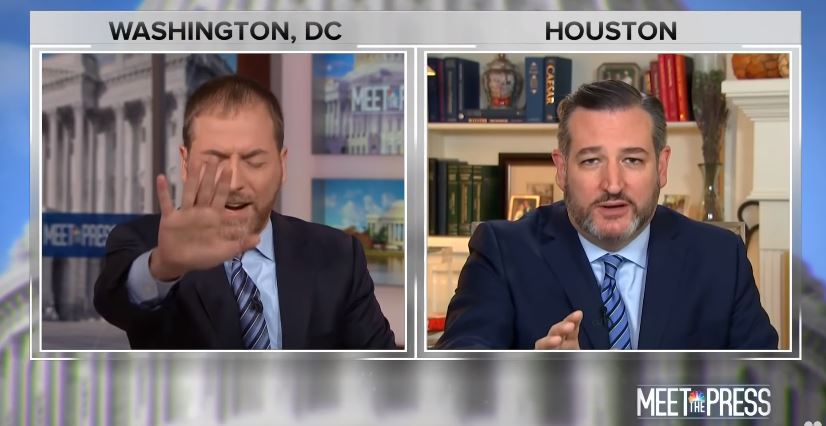 Wade’s examples were all Republicans. No mention about the myriad falsehoods confidently proclaimed by the press and Democrats about Russian “collusion," nothing about Democrats spreading rumors from a phony dossier paid for by the Clinton campaign, or false assurances about the integrity of the FBI asking judges for FISA warrants to spy on Trump staffers.

Chuck Todd: ....If you choose to advertise on cable or television, on linear television, there’s a certain set of standards on fact that you have to surpass in order to get your ad on television. Not the case on social media....

Broadcast networks (i.e. "linear televison") are actually required to sell advertising time to all candidates for federal office and are not allowed to alter the content, at least when they come from the candidates themselves.

Wade mentioned Trump exaggerating the size of the crowd at his inauguration, giving Todd a chance to bring up a blast from the past.

Todd found problems solely on the right end of the spectrum.

....One of the things we don’t fully appreciate in mainstream media on these attacks is that it’s become fun to attack the press, if that makes sense, on the right. It doesn’t matter if we’re right or wrong, attack them anyway.

....People that are the loudest chanters of fake news and accusatory of us are the ones who, under a lie detector, would probably take our word over any word they’ve heard from the other side on whether something was poisonous or not. Hannity says drink it, and so-and-so says don’t. Who do you trust? So I do think that is something that this sort of cheering on falsehoods for sport, wow, have we gone off the rails on the right side of the silo of the conversation that’s taking place.

Wade even suggested the media employ what they would ordinarily call “McCarthyism,” by questioning Republican patriotism for not signing on to what they are spouting.

Wade: What surprises me most is the lack of fear of being called out as unpatriotic.

Todd: Yeah, I know. You would think it would....I don’t get why so many people are comfortable uttering stuff that they may know will look ridiculous in three or four years....