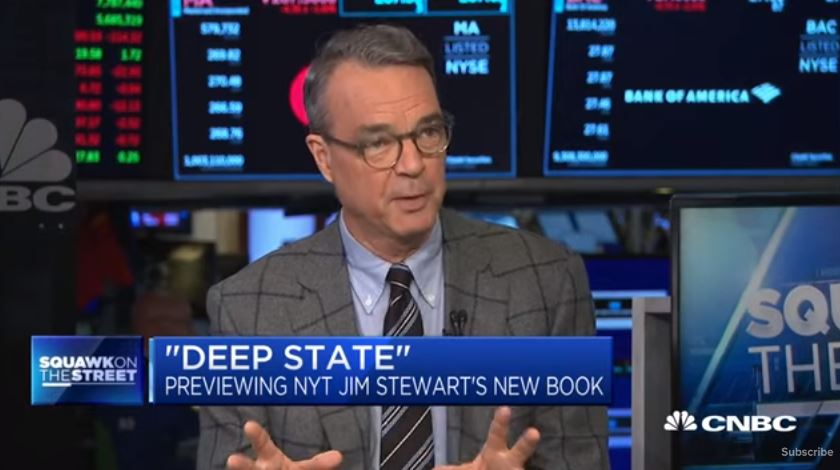 Between an impeachment process that has failed to stir public outrage, and an Inspector General report that condemned the F.B.I.’s disreputable handling of surveillance of a Trump staffer, Donald Trump had a decent week politically.

So the Democrats have been weaponizing impeachment since before Donald Trump was even in office -- but suddenly an accurate summation of the ethical meltdown by the F.B.I., as revealed by the Inspector General report, is “weaponizing” and badly political?

Media coverage and Senate hearings quickly shifted to the F.B.I.’s procedural failings, which Mr. Horowitz labeled “gross incompetence.” By the end of the week, Americans could be forgiven for thinking that the F.B.I. was indeed part of some sinister coup attempt -- precisely the opposite of what Mr. Horowitz had concluded.

So much for the supposedly nonpartisan and independent office of the Department of Justice Inspector General -- which, before the Trump administration, most Americans hardly knew existed. To a striking degree, Mr. Trump and his allies have turned the post into a potent weapon aimed at his supposed enemies in the federal law enforcement agencies.

He also soft-pedaled the dishonesty exhibited by the F.B.I. Stewart, the newest journalistic member of the F.B.I.’s fan club, even blamed the media for reporting on the allegations!

Yet there’s just enough in the Horowitz report to fuel “deep state” conspiracy theories. Mr. Trump has seized on reports from the inspector general to excoriate James Comey, Andrew McCabe and other former F.B.I. employees as “traitors.” Many media reports have focused on Mr. Horowitz’s “scathing” criticism of the F.B.I. rather than his broader conclusions.

Mr. Trump can be confident that few people will actually read the dense, legalistic prose of the Horowitz report -- just as relatively few Americans read the entire Mueller report -- which shows the F.B.I. largely fulfilling its mission in extraordinary circumstances.

“Largely” is doing a lot of work in that bolded sentence above.

In the same Sunday Review, columnist Michelle Goldberg’s “Democracy Grief Is Real” expanded upon her copious, embarrassing  revelations about how Trump in the White House has ruined her life. The text box: “Seeing what Trump is doing to America, many find it hard to fight off despair.”

Lately, I think I’m experiencing democracy grief...When I contemplate the sort of illiberal oligarchy that would await my children should Donald Trump win another term, the scale of the loss feels so vast that I can barely process it....The entire Trump presidency has been marked, for many of us who are part of the plurality that despises it, by anxiety and anger. But lately I’ve noticed, and not just in myself, a demoralizing degree of fear, even depression....