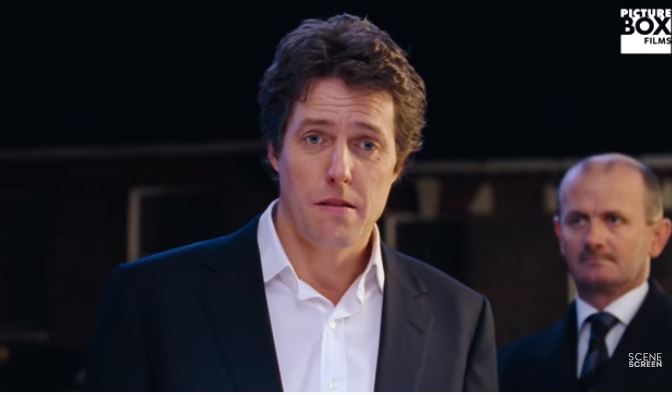 Ever since the surprise referendum result in June 2016 called for the United Kingdom to exit the European Union, the New York Times and the rest of the mainstream press has been virulently anti-Brexit. More recently, that has translated into hostile coverage of Conservative Prime Minister Boris Johnson, who has called an election, scheduled for next week, to strengthen his political position as he attempts to make Brexit a reality.

The Times is clearly stretching to attack Johnson with any weapon at hand, even actor Hugh Grant literally going door to door (as he did in a scene in the Christmas movie Love Actually), canvassing for votes. On Saturday, reporter Megan Specia gushed over the shallow appeal to star-struck Londoners in “Using Star Power to Fight Brexit, One Door at a Time.”

He has campaigned with candidates for Parliament in at least four different London-area constituencies, and he has been spotted on the city’s Underground trains, headed to and from political events.

At the very end came a paragraph that could have been the lead: "But the lack of a prominent celebrity endorsement doesn’t seem to be affecting the party’s popularity. Though recent polls have shown Labour narrowing the gap, the Conservatives have consistently held a wide lead."

Also on Saturday, reporter Mark Landler made a non-event into something potentially harmful to Johnson’s prospects: “Skipped BBC Interview Amplifies a Skewering Johnson Tried to Avoid.”

Prime Minister Boris Johnson has methodically shielded himself from the scrutiny of the news media during Britain’s general election campaign, becoming the latest populist political leader who has tried to bypass journalists and take his message directly to the people.

But Mr. Johnson’s refusal to submit to a TV interview with a famously forensic BBC interviewer, Andrew Neil, has blown up as an issue in the final days of his campaign, illustrating not just the similarities but also the differences between Britain and other democracies where the press is under strain.

This part should raise eyebrows for anyone with any familiarity with how President Trump is treated by the broadcast networks, MSNBC, or CNN. Neil installed an empty chair in the studio to dramatize Johnson's absence:

Yet the episode also illustrated the peculiarly democratic nature of the relationship between British reporters and their leaders.

It is hard to imagine an American broadcaster, no matter how influential, taking the peremptory tone with Mr. Trump that Mr. Neil did with Mr. Johnson. Reporters at all levels in Britain still gleefully hurl combative questions at public officials when they have a chance.

Actually, it never stops happening here! Landler made a feint toward ideological balance in a single paragraph.

Few emerge from the experience unscathed. Mr. Neil’s recent interview with the Labour Party leader, Jeremy Corbyn, was widely judged to have been a disaster for Mr. Corbyn after he declined four times to apologize for accusations of deep-rooted anti-Semitism in his party.

Landler considered the bizarre idea that the ultra-liberal BBC was somehow pro-Johnson in its campaign coverage, which would be equivalent to the even more ludicrous idea of the BBC as being pro-Brexit. He channeled complaints from the Left that the BBC used crisper 2016 footage of Johnson laying a wreath at a monument for the war dead, and edited out footage of audience members laughing at Johnson during one of the debates.

Landler insisted the incident demonstrated Johnson’s “contempt on the part of the government for the media.” An awfully strong judgment based on a single skipped interview.