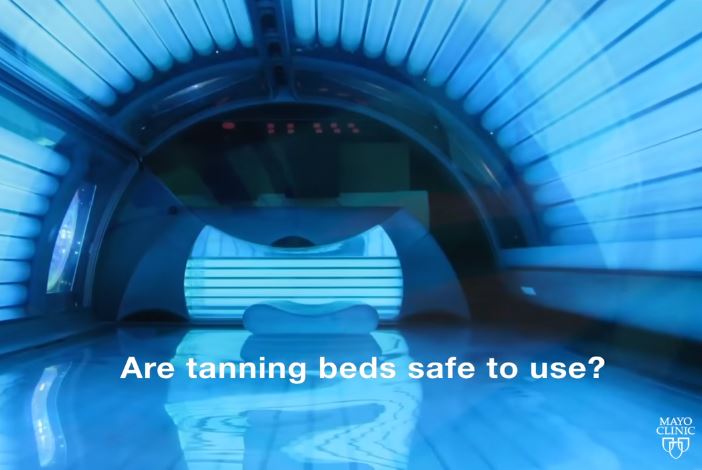 The latest brand of anti-gay hate crime is sinister in its stealth, as reported by Kashmira Gander, features writer at Newsweek: “Tanning Salons Could Be Targeting Gay Men by Opening in LGBT Neighborhoods, Putting Them at Risk of Cancer.”

“Targeting”? Homophobia has certainly had to adapt in this day and age; instead of committing hate crimes, gay-bashers are apparently investing in tanning salons.

It’s not just an over-dramatic headline writer at fault. The bizarre “targeting” accusation recurred several times in the text itself, a story based on an academic study:

Tanning salons are more likely to be located in U.S. neighborhoods with higher numbers of same-sex male couples, according to scientists who fear the industry could be targeting the demographic.

By studying census data on 10 U.S. cities, researchers found tanning salons were twice as likely to be found within one mile of a neighborhood where 10 percent of households were made up of same-sex male couples, compared with areas of less than 10 percent....

This pattern remained regardless of the income or ethnicity of the residents in a neighbourhood and the proportion of young women, who are also more drawn to such salons on average. The findings were published in the journal JAMA Network Open.

The authors of the study at Stanford University previously found gay men are more likely to use tanning beds and to have skin cancer, and be drawn to tanning salons if they are convenient in terms of price and location.

"Convenient in terms of price and location"? What will those salon fiends think up next?

Each year, indoor tanning is thought to cause over 460,000 cases of skin cancers in the general population. Compared with heterosexual men, gay and bisexual men are believed to be twice as likely to have skin cancer, and six times more likely to use a tanning bed over the course of their lives.

"In addition, gay men have disproportionately higher rates of skin cancer. Our study is the first to show that indoor tanning⁠ -- a known carcinogen -- is more readily available in neighborhoods with more gay men."

Linos acknowledged that her team only looked at major U.S. cities so it's unclear if the same pattern is seen worldwide.

She added that it's unclear if the tanning industry is deliberately targeting these communities, but said, "It's definitely something I am very worried about.”

“Targeting these communities” is otherwise known as supply and demand, and giving people what they want, concepts Newsweek has failed to master of late. One can imagine how Newsweek would react to businesses that absolutely refuse to serve gays, but in this case it’s damned if you do, damned if you don’t.

Skin cancer is nothing to make light of, and everyone, gay or straight, should exercise caution. But Newsweek’s exaggerated tone, bizarre phrasing, and failure to question Dr. Linos’ radical worldview undermines that message.