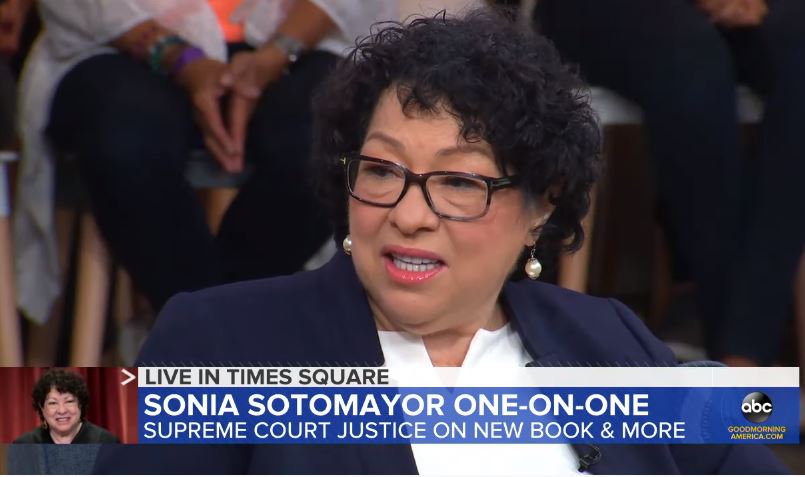 The terse Supreme Court rulings arrived in the evening, in time to allow an execution later that night. There were three rulings in the last month or so, at 5:52 p.m., at 7:01 p.m. and at 10:13 p.m. They were bland and formulaic, saying only that the court had denied an “application for stay of execution of sentence of death.” The inmates who had filed the applications were put to death within hours.

In all three cases, only one member of the court bothered to write an opinion, to give a hint about what was at stake. That was Justice Sonia Sotomayor, who maintains a sort of vigil in the capital cases other justices treat as routine. She described shortcomings in the trials the inmates had received and oddities in the laws the courts below had applied.

On Wednesday, for instance, she wrote about the trial of Robert Sparks, in Texas in 2008. One of the bailiffs had worn a black tie embroidered with a white syringe, later admitting that he wanted to express his support for the death penalty.

There is a precedent for Justice Sotomayor’s attention to capital cases, said Jordan M. Steiker, a law professor at the University of Texas and an author, with Carol S. Steiker, of “Courting Death: The Supreme Court and Capital Punishment.”

“Justice Sotomayor is carrying forward the tradition of Justices Brennan and Marshall,” Professor Steiker said, referring to Justices William J. Brennan Jr. and Thurgood Marshall, who came to adopt a practice of dissenting in every death penalty case.

Justice Sotomayor’s sustained attention to the capital justice system, Professor Steiker said, was part of an effort to speak to many audiences.

“She recognizes the institutional limits of the court in correcting every injustice or every misreading of federal law, yet she wants to communicate the wrongness of those injustices and misreadings despite the court’s inability to intervene,” Professor Steiker said. “Justice Sotomayor is speaking to institutional actors -- judges, prosecutors, defense lawyers -- to make clear that the court, or least some portion of it, is keenly aware of problems that it is not presently able to correct.

Liptak shows passionate devotion to the liberal side of the judicial decisions he covers, even or especially when that side loses, giving inordinate attention to the losing (and by definition less newsworthy) side of the argument, especially when Sotomayor is on the losing side. In 2014 he quoted her dissent in an affirmative action case the "most passionate and most significant dissent of her career."

In an April 2018 “Sidebar” Liptak focused almost solely on the liberal dissenters in “Supreme Court Sides With Police Officer Accused of Using Excessive Force.” Ten paragraphs of the 20-paragraph story were devoted to Sotomayor’s dissent, heavy on impassioned quotes.

In his July 2016 “In Dissents, Sonia Sotomayor Takes On the Criminal Justice System,” Liptak was again enraptured by Sotomayor: “Read together, they are a remarkable body of work from an increasingly skeptical student of the criminal justice system, one who has concluded that it is clouded by arrogance and machismo and warped by bad faith and racism.”