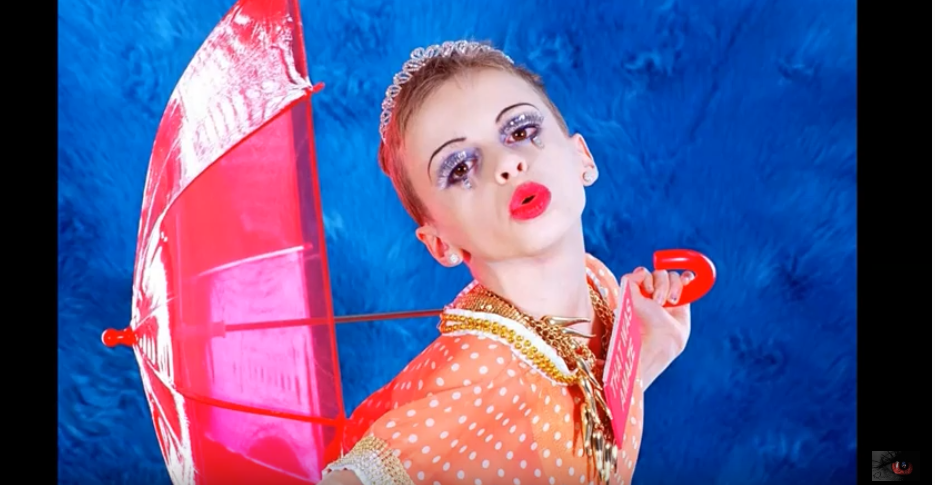 Demonstrating the New York Times’ eagerness to ingratiate with the LGBTQ left, Alice Hines eagerly explored the world of pre-teenaged “drag stars” in “Sashaying Their Way Through Youth -- Among the rising stars of drag are some who are not even old enough to drive” for the New York Times on Sunday. The main focus was the now-12-year-old “drag star” Desmond Napoles, aka “Desmond is Amazing.” The online subhead was promotional: “Meet the rising drag stars of America. They’re tweens.”

Desmond pegs his start in the world of drag to 2015, when videos of him vogueing at the New York Pride parade went viral; at one point, a high kick sent a flip-flop soaring over the crowd. Next came gigs channeling Gwen Stefani and David Bowie, along with runway shows for Gypsy Sport and the Blonds.

As recently as the 1970s, when dressing as another gender could lead to arrest on charges of vagrancy or “perversion” in many jurisdictions, drag was an adults-only affair, relegated to underground spaces and rich in sexual innuendo.

But as gay culture has gained mainstream acceptance, the number and variety of locations where drag is welcome have grown. G-rated story hours are now offered at public libraries. Kids -- and parents intent on raising them outside of traditional gender norms -- are keen to perform.

Criticism of kids performing in drag (while being avidly pushed and managed on social media by “drag mothers”), which could have been included for balance, was cast aside as something to be filtered out.

The job consists largely of filtering comments. An active subset of the internet sees kids in drag not as “the future of America,” as RuPaul has said of Desmond, but “socially accepted child abuse,” in the words of Elizabeth Johnston, a vlogger who “daily tackles the left on abortion, feminism, & gender insanity,” according to her social media bios.

Her network also helped call for the cancellation of several drag queen story hours at local libraries. Among their criticisms are that exposure to drag sexualizes children and leads to confusion around gender roles.

Nina West, a queen who appeared on “Drag Race” and who has often performed for kids, said that while drag is a form of gender protest, it is not inherently sexual....

That’s an easier argument to make if you skip the facts about a “Desmond Is Amazing” performance in a Brooklyn gay bar.

“I truly think 10 percent of his followers are there to watch every move he makes because they hate him,” Ms. Napoles said. In January a talk radio host reported Desmond’s family to Child Protective Services after he performed at 3 Dollar Bill, a queer bar.

That’s the only mention of the event in Brooklyn, described by The Daily Wire as “an 11-year-old boy dressed in drag danced on stage in a sexual manner at a gay bar in Brooklyn, NY, called 3 Dollar Bill. The child, Desmond Napoles, was dressed as a Gwen Stefani-lookalike -- full drag make up, a blonde wig, and crop top included -- as he bounced around onstage to No Doubt's 'Just a Girl' and collected dollar bills from male adults viewing the number.”

Hines ignored the obvious sexualization of the then-11-year-old boy mimicking the tropes of a stripper routine to adult approval.

The paper was not always so copacetic about the sexualization of children. The paper was far more moralistic in its past coverage of the murder of the six-year-old “beauty queen” JonBenet Ramsey, and condemnation of the children's pageant circuit in which she spent her short life. Here’s an excerpt from one of several disapproving news articles from the late 1990s: "Since JonBenet died, and endless photographs of her carefully made-up face and coquettish pageant dance routines became mawkish fodder for tabloids, the children's beauty pageant circuit has watched the number of contests plummet. After her death, JonBenet became for many Americans a poignant symbol of parental manipulation and child exploitation.”

Yet no concern was raised in 2019 about “child exploitation” regarding an 11-year-old acting out stripper tropes at a gay bar to the amusement of adults.

National Review has more about some of Desmond’s dubious “friends” in adult drag culture.