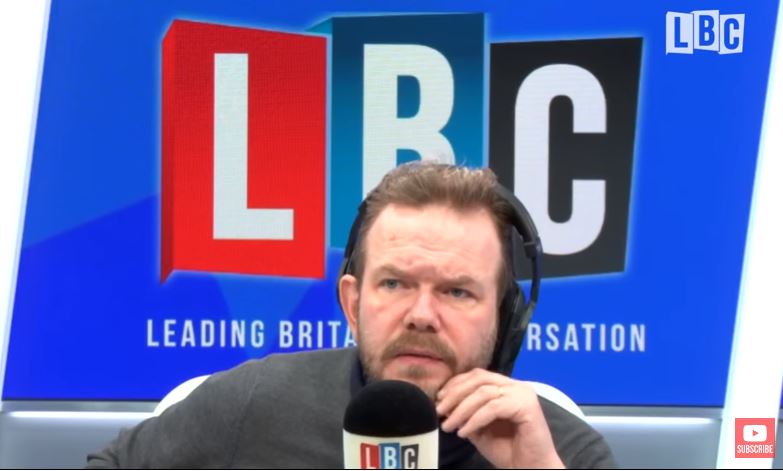 New York Times’ reporter David Segal jeered supporters of Brexit, the 2016 vote in which Britain voted narrowly to leave the European Union, with a profile of a London radio host: “The Fame and Folly of Fighting Brexiteers With Logic -- A talk radio host wields facts, eviscerating Leavers and racking up YouTube clicks.”

It seems like a strange story selection, until you remember that mocking Brexiteers and portraying them as ignorant racists has been stock in trade for the New York Times ever since the vote, and the paper wouldn’t miss another go at it.

Segal is condescending and snide on the front page of Sunday Business, comparing Brexit voters to suicide attempters, while relishing host O’Brien owning the stupid Leavers.

The talk radio host James O’Brien generally speaks to callers in the calm, resolute tone of a guy working at a suicide prevention hotline. Many of those callers ardently want Britain to leave the European Union, an idea that Mr. O’Brien regards as an economic calamity in the making. To him, the upsides of staying in the union are a matter of irrefutable logic.

But logic is of surprisingly little help in the epic, quasi-comical confrontations he has with listeners. Typical was a recent exchange with a caller named Julian, who contended that the Tory government had failed to convince the bloc that it was ready to leave without a deal -- a common lament among Brexiteers unhappy with the government’s negotiating tactics.

“March 2018, the European Union published 80 ‘no deal’ notices explaining the preparations they were making,” Mr. O’Brien said. “That’s nearly a year ago.”

Julian was unpersuaded. Mr. O’Brien repeated his case, then dropped the placating approach. He raised his voice and brought out the shiv.

“For you to sit here on national radio and say we never really made them fear that no deal was a possibility, it’s not even silly, Julian,” Mr. O’Brien said, barely suppressing his anger. “It’s like arguing that the moon is made of cheese” -- and the next words he seemed to put in italics -- “while sitting on the moon.”

There was a long pause.

....His guiding premise is that ideological opponents simply have not grasped or heard the facts, and that once they do, they will change their mind, live on the radio.

It never happens. On some level, this is surprising because in the two and a half years since a slim majority of voters backed Brexit in a referendum, many of the arguments for leaving the European Union have been discredited and abandoned by high-profile advocates.

He switched to channeling O’Brien’s condescension toward Leave voters.

Mr. O’Brien often expresses great sympathy for Leavers, many of whom he believes have been lied to by political opportunists. That said, his show is hardly a venue for national reconciliation. His audience is mostly Remainers; many tune in to eavesdrop on the public eviscerations of Leavers.

Spiked editor Brendan O’Neill has a less sunny view of the radio host, calling O’Brien a “professional snob” and accusing him of misleading anecdotes, such as falsely blaming a move, by Nissan from Sunderland to Japan, on Brexit.

Segal expressed similar contempt for Leavers in April 2018, in the snidely titled “In Brexit Vote, Town’s Nostalgia for Seafaring Past Muddied Its Future.” Segal explained that “facts” can’t compete with “sentiment and history.”