What pop culture moments of 2018 revealed deeper truths about political life in America?

After a year covering politics, President Trump and Washington, we recently shared our takes with Patrick Healy, the Politics editor and a former deputy Culture editor.

Katie Rogers: As someone who is ensconced in the All-Trump-All-the-Time orbit as a White House reporter, I think 2018 was the “reality-is-stranger-than-fiction” year. Justice Brett Kavanaugh’s confirmation process -- and the “S.N.L.” bit that followed -- and Kanye West’s visit to the Oval Office were two huge moments where I couldn’t tell where reality ended and a cultural dialogue began.

The paper’s political reporters once again were clearly picking sides regarding Brett Kavanaugh’s Supreme Court hearings where he dealt with unsubstantiated accusations of an attempted sexual assault. 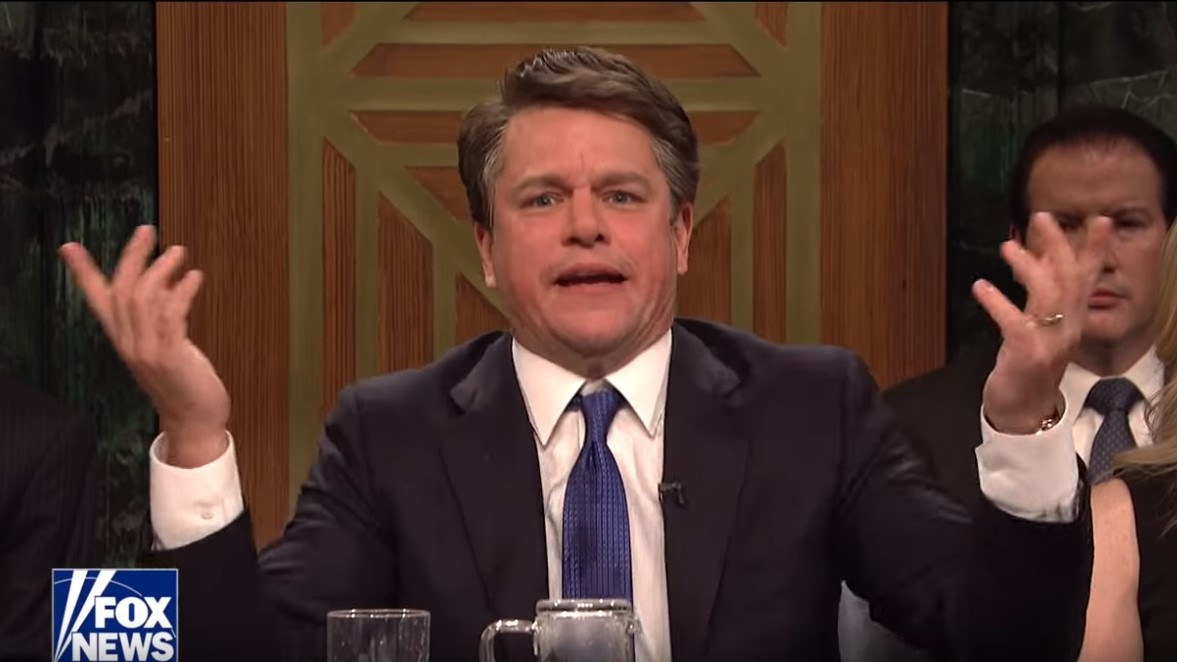 Matt Flegenheimer: The Matt Damon-as-Kavanaugh sketch -- one of the few “S.N.L.” bits to draw much blood in D.C. this year -- speaks to the challenge of comedy in this moment, right? There was objectively very little that was funny about the Ford-Kavanaugh testimony. I was in the hearing room. It was wrenching / heartbreaking / generally miserable. But getting emotional about 36-year-old calendars, as Kavanaugh did, is a little funny.

Rogers: I thought there was a Roman Coliseum element to it. America is sitting there, rapt, watching a battle between two people whose lives as they knew them seemed over. And then three days later Matt Damon repeats it verbatim for laughs. It was a jarring cultural moment.

The Times really, really liked that Kavanaugh-bashing SNL sketch. They still won’t stop talking about it. It starred Matt Damon as Kavanaugh, by the way -- downplaying the alleged crimes of sexual abuser Harvey Weinstein, who produced Damon in Good Will Hunting, the movie which helped make Damon a star.

Astead Herndon: The Kavanaugh-Ford hearing had a “you’ll-remember-this-forever” feel. And something I remember is the time in between their testimony, when even Republicans were calling Ford “credible” in a way that, for a moment, felt like a real sea change.

Rogers: Yes. I was texting people in the White House during Kavanaugh’s emotional testimony. When they told me that’s exactly how they’d expect him to act, that was a reminder of how different the rules can be for men and women.

Healy: The rules were very different that day.

After whining about Kavanaugh getting emotional about being called a rapist 35 years ago based on no evidence, there was a confession that Trump ruined a song for Rogers, and a snide reference that sounded like another lame white-people-can’t-dance joke, a stereotype if directed against anyone else.

Healy: Katie, did you learn anything new about Trump and pop culture in 2018 on the White House beat?

Rogers: Trump played loud music on his campaign plane so I know he enjoys music. He clearly has a reverence for musicians of a certain era, like inviting a Beach Boy to the White House and playing Elvis during a medal ceremony. The idea that the president enjoys music and the degree to which musicians interact with him -- even to distance themselves -- is fascinating.

Flegenheimer: Not a traditional Republican playlist.

Rogers: Someone added Rihanna’s “Don’t Stop the Music” to the list at some point this year. You haven’t lived until you’ve seen a rally crowd try to dance to it.

Why wouldn’t Elton John be on a Republican playlist? In fact it sounds like the sort of “safe, mainstream, bland, white” choice the media elite would expect to mock if they found it there. In fact, a headline to a 2016 report from a Washington Post music critic said the likes of Elton John constituted “Authoritarian hold music: How Donald Trump’s banal playlist cultivates danger at his rallies.”

The Times retold the old self-regarding tale of cutting-edge progressives against stodgy, fearful white Christians trying to turn the clock back.

Herndon: The thing about Michelle Obama, and Ocasio-Cortez, also, is that there’s a working-class background most minorities can relate to. There’s a reason you have moments like the little black girl who posed with Michelle Obama’s National Portrait Gallery painting.

Rogers: There’s a freshness, an edginess and a sense of disruption on the left in its candidates and leaders like the Obamas, from memoirs to those portraits. What stands out about the right, which is where I focus most of my attention, is conservatives’ commitment to treat that edginess as an assault on a specific idea of the American Dream.

Herndon: I agree with Katie. You have historically marginalized voices asserting themselves and demanding to be heard in pop culture and Washington. But you also have a conservative universe that’s using these new voices as proof that the country’s direction is being lost. Something’s gotta give.