The New York Times devoted two full pages of its Sunday pre-election edition to “The Faces of Change in the Midterm Elections.” It's an enormous statistical breakdown of “These 410 -- women, people of color and L.G.B.T. candidates – are running for House, Senate and governor seats.”

But the paper’s commitment to political diversity only goes so far. The paper apparently hasn’t devoted a story to Republican congressional candidate Young Kim, who could be the first Korean-American woman elected to Congress (she has been mentioned in roundups of women running for office).

But rest assured that this election cycle, the Times has the Democratic “faces of change” well covered, even if their actual electoral hopes aren’t high. Reporter Maggie Astor profiled Native American Paulette Jordan a long-shot candidate for Idaho governor in Sunday's “Winning Idaho? Unlikely. But She Is Turning Heads.” 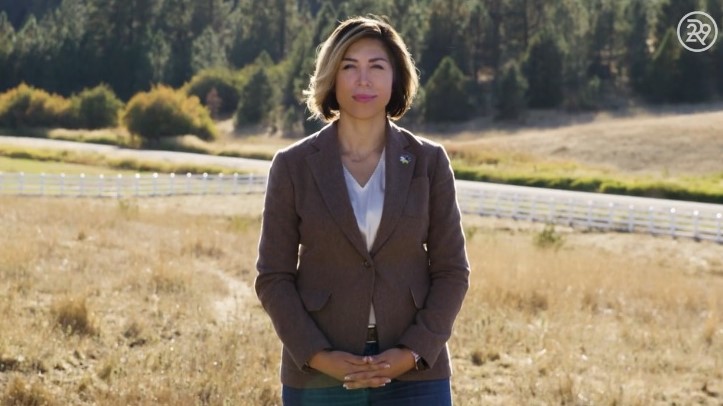 This state is indisputably Trump country, what with the president’s 32-point victory margin in 2016 and the Republican state leadership and congressional delegation. Still, in storefront windows like at the Possumtrot Traders pawnshop in this deeply conservative town of 6,800, you see it: a large Paulette Jordan sign displayed next to a Trump sign.

Ms. Jordan is the Democratic nominee for governor in Idaho. But Tuesday’s election, which she is not likely to win, is not the only reason she is interesting. She also represents a fresh attempt by Democrats in the frontier West to find a brand of politician who can help keep the party credible and energized, instead of an endangered species. In other governor’s races in the region, Democrats are running a Latino educator in Arizona, a gay congressman in Colorado, a white businessman in Nevada and prominent female leaders in New Mexico and Wyoming.

Ms. Jordan has Idaho’s small contingent of Democrats fired up; many said they had never expected to be so excited about a statewide Democratic candidate. But Tri Robinson, a retired evangelical pastor in Boise and a longtime Republican, is voting for her, too. She also won over Mayor Michael Barrett of Challis, Idaho, who described his politics as “somewhere to the right of Attila the Hun.”

Why would anyone resist? Because of mean old “partisanship,” as if Republican voters who vote for Republicans are some kind of impolite phenomenon standing in the way of a Democrat entitled to make electoral history in Idaho.

Partisanship is still very much in play, with most Republicans supporting Mr. Little. At a Boise State football game in early October, a woman seated near Ms. Jordan grimaced upon learning she was there and turned away, saying, “No comment.” Don Brister, 76, of Meridian, added that he could not vote for Ms. Jordan because he considered her a socialist.

Astor ended her journalism-challenged profile with this picture perfect scene of Jordan the humanitarian politician.

But the exceptions are hard to miss.

The morning after the game, Ms. Jordan attended a service at Vineyard Boise, an evangelical church with some 3,000 members. Mr. Robinson, the church’s founder and former pastor, had invited her. He noted dryly before the service that his fellow evangelical leaders might not be happy with him. He, too, was a lifelong Republican until very recently.

A few feet away, Ms. Jordan was talking to two teenage girls who had taken several minutes to gather the courage to introduce themselves. Ms. Jordan’s scheduler hovered behind them. She was supposed to attend another service at St. Paul Baptist Church in seven minutes, and the church was 10 minutes away.

As Ms. Jordan finally made her way out the door, a woman who had been approaching fell back with a small “oh” of disappointment.

To the scheduler’s consternation, Ms. Jordan stopped. She shook the woman’s hand and leaned in to listen.