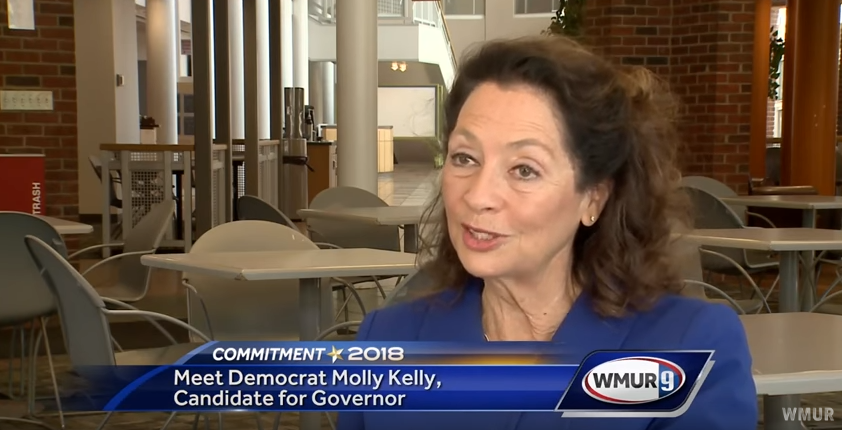 Is the New York Times using a “Year of the Woman” reporting angle to sneak in unchallenging coverage of anti-Trump Democrats into their paper (and into higher office)?

In Thursday’s paper, Kate Zernike’s profile of New Jersey Democratic congressional nominee Mikie Sherrill led the paper’s National section: “Jousting With Election Opponents and Wiping Runny Noses.” The online headline was even more charming (and non-journalistic): “And I’m a Mom.’ Candidates and Voters Warm to Kids on the Trail.”

Zernike didn’t exactly go after her subjects with hard journalistic scrutiny, leading the cheers instead.

Mikie Sherrill, Democratic candidate for Congress, had finished a radio interview and was heading toward the stage at the local library where a crowd waited for her to begin an event with the mayor and a native-son-turned-astronaut.

But first, there was a smudge of chocolate to be dealt with.

She briefly chided her 12-year-old for letting Marit get chocolate on her face, then took her seat on stage, settling in with a broad smile and the perfect posture honed by her days at the United States Naval Academy -- apparently immune to the funny faces Marit was making from the front row.

Ms. Sherrill is often introduced as “Navy pilot, federal prosecutor and mother of four,” as if the descriptions should be hyphenated. But as she campaigns around this suburban battleground House district her role as a mother is the one most on display....

It is also the role that makes her campaign -- and that of many other women running for office this year -- so revolutionary.

This year, with a record number of women running for office and a surge of energy among female voters, candidates are pushing back on that bias, arguing that motherhood not only doesn’t disqualify them, it makes them more qualified.

Voters are connecting with candidates who can understand the jumble of forgotten homework, missed buses, stalled commutes and spilled coffee that is morning in America for many families of working parents.

Still, to see how far the conversation has come, consider the mother of all mothers on the trail: Jane Swift, who became the second pregnant woman to run for statewide office when she campaigned for lieutenant governor of Massachusetts in 1998.

“I like how when they started to get rambunctious, she squashed it,” the voter, Laureen McGovern, said later. “She stopped what she was doing to deal with it and then got back to work.”

Also on Thursday, reporter Sydney Ember skipped journalistic scrutiny in her cozy chat with Democratic New Hampshire gubernatorial candidate Molly Kelly: “Democrat Warns, ‘Do Not Underestimate Me.” The online deck of headlines was even more partisan: “Molly Kelly Has a Message for Republicans: ‘Do Not Underestimate Me’ -- Ms. Kelly fended off a challenge from her left in the Democratic primary for governor in New Hampshire on Tuesday, but now faces a popular governor. She remains undaunted.”

That would be sitting GOP Gov. Chris Sununu.

Ember's questions were the opposite of hard-hitting:

Congratulations again on your big win. Were you out late celebrating? Where in the state are you this morning?....No rest for the weary?....Let’s talk about this election cycle’s elephant in the room. What do you think of President Trump?

Ember’s conversation served to favorably position Kelly in her upcoming fight against Sununu:

Lots of voters say that a key issue for them is gun control. Where do you stand on this?

After Kelly issued a soundbite-tested response, “We’re going to make sure that we support common sense gun safety,” Ember eagerly used it to inoculate Kelly from pro-gun attacks:

It doesn’t sound as if you’re in favor of repealing the Second Amendment.

What else is on the agenda for today?....If I were you, I would definitely need a cup of coffee.

It was definitely more of a coffee chat than actual journalism.