Supreme Slant: NYT Justifies Investigations Into Republican Court Nominees: ‘We Had to Try’ 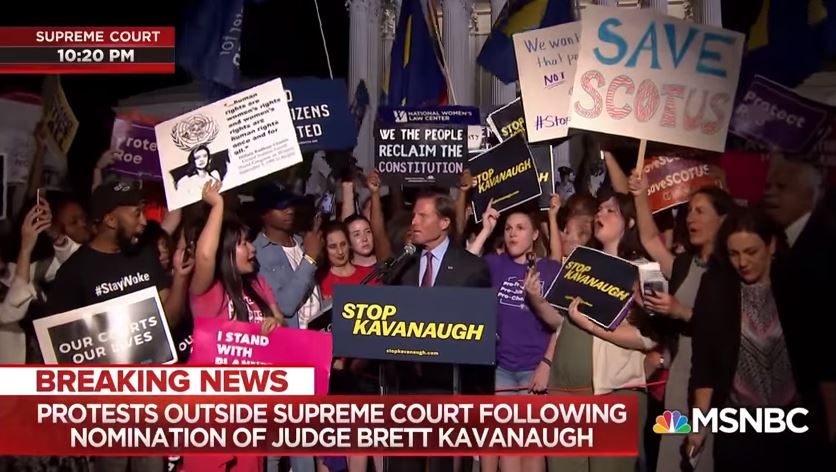 The New York Times is trying its best to find dirt on President Trump’s Supreme Court nominee Brett Kavanaugh, filing an odd public information request with his wife’s employer. (And in 2005 they tried to access sealed private records involving then-Bush-nominee John Roberts, as noted below.) Even the paper's commenters weren't convinced of the paper's fairness and balance, wondering where that investigative zeal was when it came to Democratic Supreme Court nominees..

The paper was perhaps responding to an NTK Network report:

The NYT posted an explanation by Steve Eder and Ben Protess on Friday under the benign headline, “Using a Public Records Request to Learn More About Brett Kavanaugh.”

Readers have asked about the kind of public information requests our journalists make. Two of our investigative reporters explain how this worked with recent requests on President Trump’s Supreme Court nomination.

U.S. Supreme Court justices have some of the most important jobs in the country, given their lifetime appointments and the gravity of the issues facing the high court.

As journalists, we aim to shed light on important people in the news -- particularly public officials and Supreme Court nominees -- to help our readers understand them, how they think and how they operate. That due diligence leads us to interview people who know the nominees, like colleagues and neighbors. It requires that we read what the nominees have written or watch speeches they’ve delivered. And it often depends on our requests for public records that could offer our readers a fresh perspective about the nominees.

In the case of Mr. Kavanaugh, The Times requested records under Maryland’s public records law from Chevy Chase Section 5, where the nominee’s wife, Ashley, serves as town manager.

The reporters evidently came up dry.

.... the records were largely what you would expect from a town manager’s email account -- mundane dispatches about town business, from snow removals to local newsletters....We often file public records requests that yield no newsworthy information.

But when it comes to reporting on a potential Supreme Court justice, we had to try.

Neither reporter has a history of Supreme Court coverage -- they are investigative reporters.

The comments on the piece were withering and consistently criticized the paper’s evident double standard when it comes to investigations of Supreme Court nominees. A small sample:

"We had to try." We had to try? What does that mean? Because it sounds like your saying, "We had to try to do everything we could to find something that will stop this nomination." I'm sure many are very curious. Did you dig into the backgrounds of Ginzberg's husband? Or Breyer's wife? Did you "have to try", when the nominees were liberal?

So how much investigation of Merrick Garland's wife Lynn was done by the Times? Did you investigate her ties to the military-industrial complex? Or is investigation only for Republican nominees?

We should remember that the paper conducted an even sleazier dive in 2005 with President Bush’s Supreme Court nominee John Roberts, as MRC reported:

The Drudge Report reported on August 4, 2005, which blared a scoop that Times reporters had been snooping around the adoption records of Roberts' four- and five-year-old children. According to an August 5 report by Brit Hume of Fox News:

“The New York Times has been asking lawyers who specialize in adoption cases for advice on how to get into the sealed court records on Supreme Court nominee John Roberts' two adopted children. There is no indication The Times had any evidence there was anything improper in the family's adoption of five-year-old Josie and four-year-old Jack, both born in Latin America. Sources familiar with the matter told FOX News that at least one lawyer turned the Times down flat, saying that any effort to pry into adoption case records, which are always sealed, would be reprehensible. A Times spokesman said the paper was simply asking questions, and that only initial inquiries had been made.”

As far as is known publicly, the paper didn’t “have to try” when it came to nominees from President Bill Clinton or President Barack Obama.