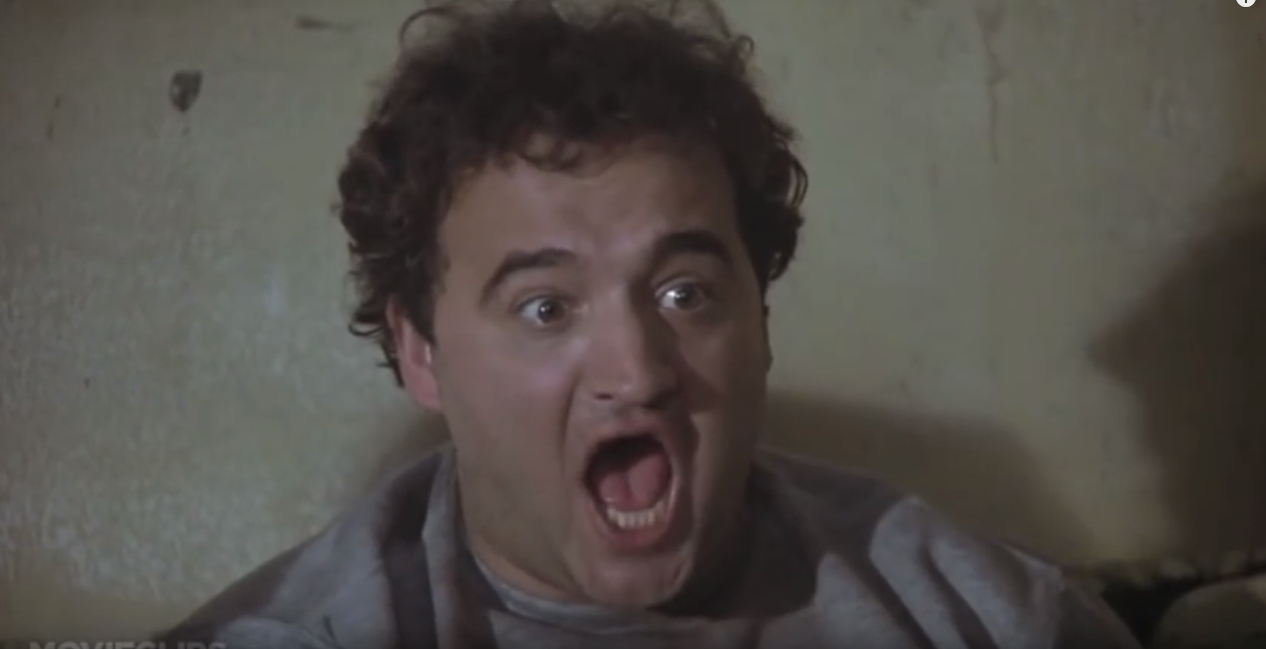 From the “Liberals Spoil Everything” department, where everything is a problem, here’s Vice writer Harry Cheadle: “Celebrate the 40th Anniversary of 'Animal House' by Tossing It in the Trash -- Drunken frat boys don't seem so charming anymore, and the film's gender politics are fucked beyond repair.”

From his 2018 perch, Cheadle tears into the offensive, vulgar, and extremely hilarious college comedy hit for its lack of wokeness:

It’s difficult to imagine what it was like when Animal House dropped into theaters on July 28, 1978, exactly 40 years ago. It landed like the opening of a revolution and spread through the country like a virus, eventually grossing over $500 million in today's dollars and becoming part of the DNA of every campus comedy for the next few decades....Animal House will never die. The question is, should it?

After listing the antics of John Belushi’s character, Cheadle quickly got to the more “problematic” scenes, while insulting fans.

We also probably know the scenes that look the worst to modern sensibilities: the all-white gang taking some girls to an all-black bar and getting scared away by threatening patrons; Belushi spying on sorority girls getting undressed in a segment whose main thrust is, "Hey check out these hot girls!!".... Oh yeah, and everyone involved is white, obviously. There are female characters but most of them are primarily sex objects....

Just as it's difficult to imagine watching Animal House in 1978, it's difficult to imagine coming to it today never having seen it before. Drunken frat boys don't seem so charming anymore, the film's gender politics are fucked beyond repair.... If you had an Animal House poster on your dorm wall, you were probably a sad, weird loser and if you have one in your dorm today, guess what?

In his zeal to attack the film, he even swerved into conservative-sounding moralizing. Apparently this college sex comedy is no good without having a responsible and positive message, like a....Judd Apatow movie?

....Those movies, from Superbad to Pineapple Express, make sure to show the messy stoners learning that actually, society is good and you should stop being such a fuckup and improve yourself and get a girlfriend. Animal House contains no feel-good moral. The moral is, "See those people, the respectable ones who have cars and houses and tell you what's right? Yeah, fuck them."

Comedy these days is weighted with the need for messaging, and Animal House is guilty of being released in 1978:

That borderline nihilism that was at the heart of Animal House doesn't play today, when there is so much to care about. It seems self-indulgent rather than righteously rebellious. The transgressive bits just seem mean. Producer Ivan Reitman said black audiences loved the bar scene, and Richard Pryor gave it his blessing, but it wouldn't make it into any movie today. Nor would most of Animal House.

Cheadle absolves the movie from the pit of fire, barely, saying it doesn’t deserve to be condemned, after spending the entire article doing just that. Plus, there’s a bonus sotto voce slam of President Trump.

That doesn't mean the movie deserves to be banned or condemned, but it has lost the meaning it once had. In 1978, the Nixonian country club hypocrites the film was obviously taking down had real-life analogues....

The slobs vs. snobs dynamic seems dated, especially with one particularly nasty slob now running the country and doing a pretty bad job of it. (It makes you nostalgic for the previous generation of country club asshole, who were at least better read.) The anti-authoritarian edge Animal House once had has been dulled with time, and its jokes have become moldy and occasionally toxic....

More hectoring, concluding with arbitrary hostility, where Cheadle mocks the movie’s legacy and the suckers who are fond of it.

People who love Animal House face a different challenge, which is to recognize how the world has changed....We could never wipe Animal House from the face of the earth even if we wanted to; its influence is too vast, and its best jokes are justifiable classics. So put the movie on a pedestal, induct it into whatever hall of fame, move it into a museum, fine. You know who visits museums? Nobody.