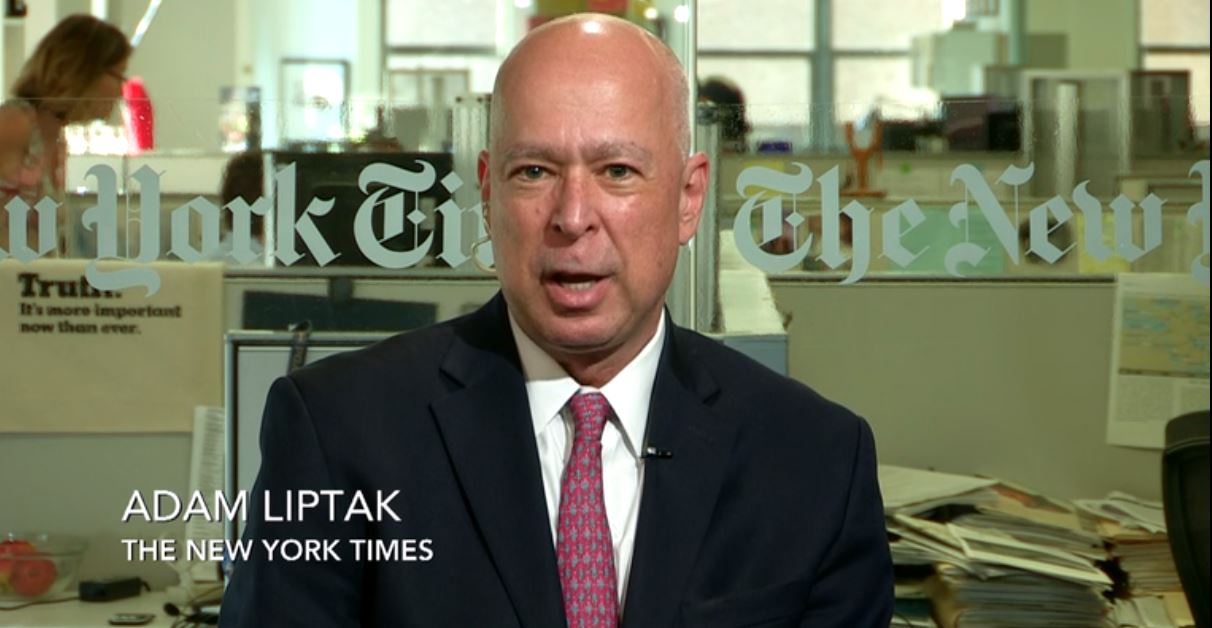 A few Supreme Court cases just failed to go the left’s way, and now they are trashing the First Amendment they once supposedly revered. New York Times Supreme Court reporter Adam Liptak gave the reversal his seal of approval in a long lead story for Sunday’s front page: “How Free Speech Was Weaponized By Conservatives.”

What began in an anti-free-speech backlash by the paper against the Citizens United decision, which lifted the ban on independent political expenditures by corporations and unions, is becoming more robust now that some influential First Amendment rulings have gone in favor of conservatives.

The court’s five conservative members, citing the First Amendment, had just dealt public unions a devastating blow. The day before, the same majority had used the First Amendment to reject a California law requiring religiously oriented “crisis pregnancy centers” to provide women with information about abortion.

Conservatives, said Justice Kagan, who is part of the court’s four-member liberal wing, were “weaponizing the First Amendment.”

The two decisions were the latest in a stunning run of victories for a conservative agenda that has increasingly been built on the foundation of free speech. Conservative groups, borrowing and building on arguments developed by liberals, have used the First Amendment to justify unlimited campaign spending, discrimination against gay couples and attacks on the regulation of tobacco, pharmaceuticals and guns.

Since when does the left have a historical claim on free speech? One certainly can't see it in the hassling of conservative speakers on college campuses, those supposed bastions of tolerance.

The Citizens United campaign finance case, for instance, was decided on free-speech grounds, with the five-justice conservative majority ruling that the First Amendment protects unlimited campaign spending by corporations. The government, the majority said, has no business regulating political speech.

The dissenters responded that the First Amendment did not require allowing corporate money to flood the political marketplace and corrupt democracy.

As a result, liberals who once championed expansive First Amendment rights are now uneasy about them.

Many on the left have traded an absolutist commitment to free speech for one sensitive to the harms it can inflict.

There was a certain naïveté in how liberals used to approach free speech, said Frederick Schauer, a law professor at the University of Virginia.

Some liberals now say that free speech disproportionately protects the powerful and the status quo.

The progressive mask is truly off, as we are lectured that free speech is not a good thing in itself but only to the extent it helps the left gain political power.

To the contrary, free speech reinforces and amplifies injustice, Catharine A. MacKinnon, a law professor at the University of Michigan, wrote in “The Free Speech Century,” a collection of essays to be published this year.

“Once a defense of the powerless, the First Amendment over the last hundred years has mainly become a weapon of the powerful,” she wrote. “Legally, what was, toward the beginning of the 20th century, a shield for radicals, artists and activists, socialists and pacifists, the excluded and the dispossessed, has become a sword for authoritarians, racists and misogynists, Nazis and Klansmen, pornographers and corporations buying elections.”

The New York Times Co. is a corporation whose chief organ, The New York Times, is quite passionate about influencing elections in favor of Democrats. Will they heed MacKinnon’s wisdom and pack up the printing press and fire the reporters? For a journalistic enterprise, The New York Times is quite hostile to free speech, especially when conservatives get to have their say. Now the paper is actually attacking the Supreme Court for taking the First Amendment rights of all citizens seriously.

Perhaps he should be more worried about his own commitment.

Liptak circled back to Kagan near the end.

In response, Justice Kagan said the court’s conservatives had found a dangerous tool, “turning the First Amendment into a sword.” The United States, she said, should brace itself.