NYT's Hess Channels Trump's Clenched Fist: 'Look What My Whiteness Allows Me to Get Away With' 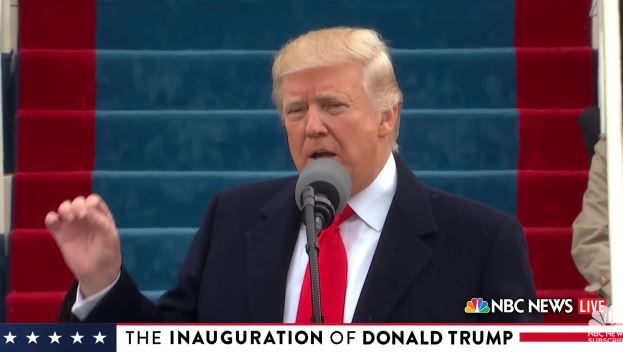 At least one part of Amanda Hess’s journalistic job at the New York Times is making whites feel guilty about sharing black-themed “memes” (humorous images or clips and text combinations) on the internet -- or as she uncompromisingly terms them, “Digital Blackface.”

The hypersensitive online culture reporter was again seeing racism in other seemingly normal things (at least when those things are done by Donald Trump) in her introduction to the paper’s special year-end section on Sunday, “The Year in Pictures.”

While the selection of year-defining photos was more or less politically balanced, the first paragraph of Hess’s essay set a tone of partisan rancor unbecoming to the annual year of a supposedly objective media organization.

When I see the photograph of Donald Trump holding a fist in the air on Inauguration Day, I think first of Twitter. By the time the photo arrived on my feed, it was already encrusted with commentary from people racing to ascribe meaning to the first moments of the Trump presidency. First: Was he doing … the Black Power salute? And if so, what did that mean? Was he clueless? Racist? Or funny? To those who heralded our new president as the ultimate political jester, the pose was a triumph. To others, it was a menacing taunt to his predecessor: Look what my whiteness allows me to get away with.

(Italics in original.) Hess used her perch in the significant year-end edition of the New York Times Sunday Review to let her social justice advocacy run wild in directions that would make Trump look guilty of racial appropriation...or something.

Times leftist Timothy Egan was another one of the scattering of journalists to see scary significance in Trump’s gesture back on Inauguration Day.