New York Times Scott Shane pushed back against Donald Trump’s claim that the media were not adequately covering Islamic terrorism on Wednesday’s front page: “Terror News Underplayed? Many Say No.”

But Shane, the paper’s intelligence report, does not have much credibility on that issue, given that his reporting has taken great pains to downplay the terror threat from radical Islam. Less than two weeks ago Shane was featured on Sunday’s front page, approvingly quoting a silly batch of stats that attempted to quantify the terror threat down to nothingness.

“By [professor Charles] Kurzman’s count, 123 people have been killed in the United States by Muslim terrorists since the 2001 attacks -- out of a total of more than 230,000 killings, by gang members, drug dealers, angry spouses, white supremacists, psychopaths, drunks and people of every description. So the order addresses, at most, one-1,870th of the problem of lethal violence in America. If the toll of Sept. 11 is included, jihadists still account for just over 1 percent of killings. To the rational calculations of Mr. Kurzman, one might simply reply with the list of American cities where horrific jihadist attacks have occurred in recent years: Boston; San Bernardino, Calif.; and Orlando, Fla. -- place names that conjure up images of ghastly wounds, bullet-ridden bodies and frightened people running for cover....In the political realm, where emotions and symbols hold sway, Mr. Trump’s order may reassure some Americans that they are safer from terrorism, and more generally, from concerns that Muslim immigrants may bring an alien culture....The trouble with such reassurance, even if it is effective, is that it comes at a high cost, in the view of many experts on terrorism.”

Shane opened his Wednesday defense by shrewdly quoting conservative heroine Margaret Thatcher that “we must try to find ways to starve the terrorist and the hijacker of the oxygen of publicity on which they depend.”

Then the liberal lecture began. 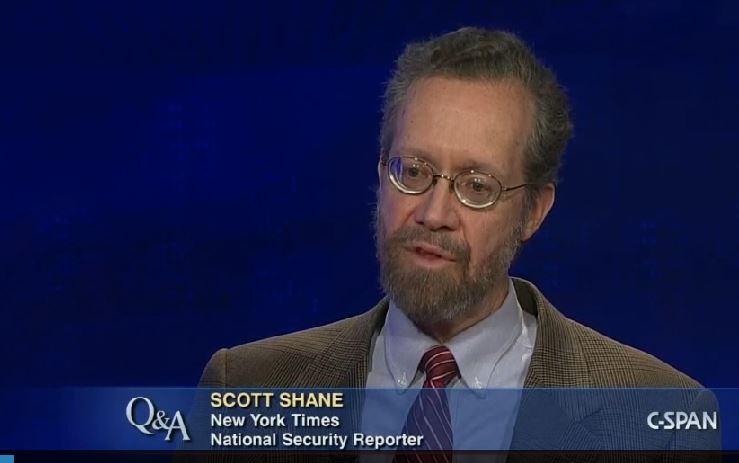 So for some experts who study terrorism, President Trump’s assertion this week that the news media has actually been ignoring and covering up terrorist attacks came as a surprise.

“It’s totally astonishing,” said Martha Crenshaw, a Stanford scholar who has written on terrorism since the 1970s. “It has no basis in fact whatsoever. The criticism has always gone the other way.”

Other experts said Mr. Trump’s claim had less to do with the facts about terrorism coverage than with the new administration’s political goals, notably defending his executive order that temporarily bans refugees and visitors from some Muslim countries. In the face of the onslaught of legal challenges and outspoken opposition to the order, they said, the president has an interest in persuading Americans that the terrorist threat from abroad is worse than the news media has revealed.

“It’s incredible to say that the media does not give enough attention to terrorism,” said David C. Rapoport, a retired U.C.L.A. political science professor considered a founder of terrorism studies. He said modern global terrorism arose in the 1880s in Russia in parallel with, and partly owing to, the rise of mass daily newspapers.

In the United States since the Sept. 11, 2001, attacks, even failed terrorist plots often have drawn saturation coverage -- think of the fizzled so-called underwear bomb on a Detroit-bound airliner on Christmas Day 2009 or the S.U.V. jury-rigged to blow up that produced only smoke in Times Square on a May night in 2010. Though no target was harmed, both attempts drew mountains of coverage, much of it focused on how terrorists went undetected.

But in an appearance Monday at MacDill Air Force Base in Tampa, Fla., Mr. Trump reviewed the horrors of more recent attacks, including those inspired or directed by the Islamic State, and pronounced the coverage inadequate.

The president did not explain the reasons he believed journalists might have for not reporting Islamist terrorism. But in response to a wave of skeptical comment, the White House on Monday night released a list of 78 attacks around the world since September 2014.

It was a subjective judgment; only a dozen of the 78 listed attacks occurred in the United States, and most resulted in few or no deaths, reducing their prominence in American news reports. The list omitted terrorist attacks by non-Muslims, including white supremacists like Dylann S. Roof, who killed nine African-Americans at a Charleston, S.C., church in 2015.

Democrats sometimes accused the Bush administration of exaggerating the terrorist threat. Republicans often charged President Barack Obama of minimizing the danger and embellishing his own successes against Al Qaeda.

Shane dove into liberal conspiracy-mongering at the end.

Preventing terrorist attacks is, of course, a goal that is pretty much universally shared. But Mr. Trump’s loose relationship with facts, and his eagerness to fault journalists and judges, make some think he has a less lofty goal as well: to find scapegoats for terrorist attacks that sooner or later are certain to happen.

“Pre-emptive blame,” said Ms. Crenshaw, the Stanford terrorism researcher. “Nothing’s happened. But if something does happen, he can blame the judiciary and the news media.”

Shane has a long, unimpressive history on terrorism coverage. In 2010, Shane implausibly argued that public opposition to a giant Islamic cultural center topped by a mosque two blocks from Ground Zero would somehow make radical Muslim extremists -- who despise the very existence of America -- hate America even more, under the headline “Anti-Islam Protest in U.S. Bolsters Extremists, Experts Say.”

Shane is not the only Times-person downplaying the terror threat. Amanda Taub last August offensively compared concerns about sexual violence by Islamic refugees to Jim Crow and lynching.

The paper managed to avoid talking about Islamic terror after the massacre at Pulse nightclub in Orlando, instead implausibly blaming the massacre on anti-gay elements in the Republican Party, while putting the perfectly factual phrase “radical Islamic terrorism” in quotes. So much for the Times’ adequately covering terror attacks.