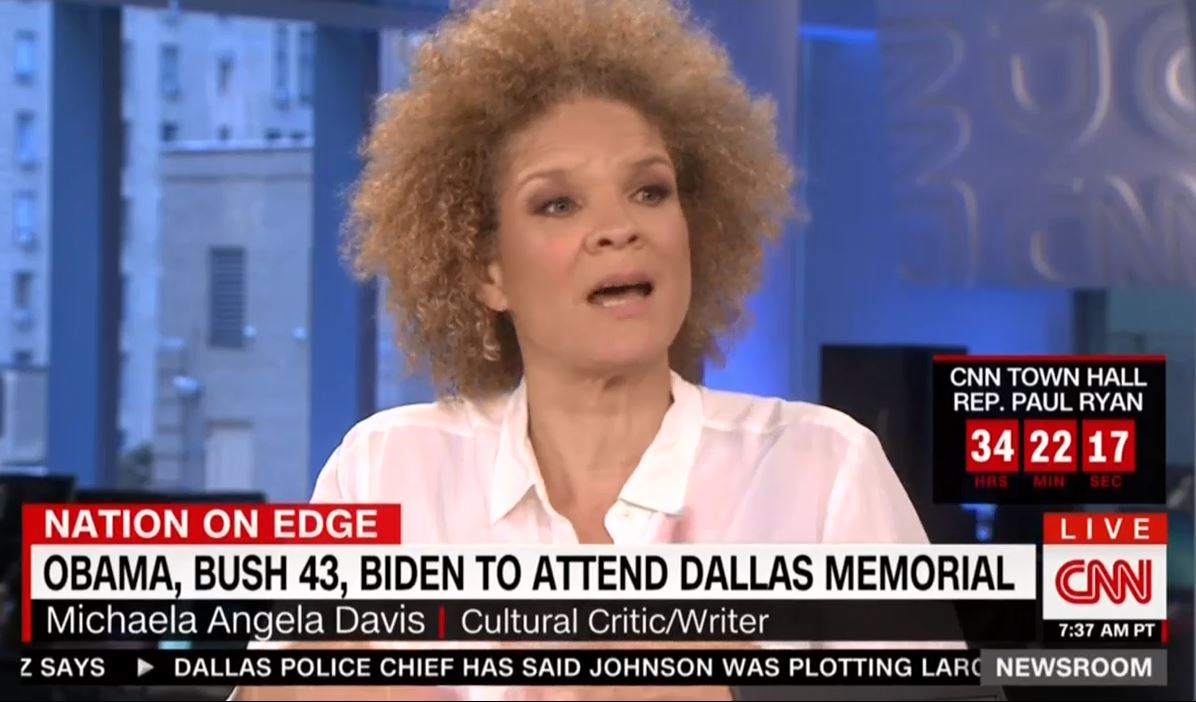 The front of Friday’s New York Times Arts section featured the paper’s politically correct movie critic Manohla Dargis, “From Shackles to Prison Bars,” a review of activist filmmaker Ava DuVernay’s documentary “13TH.” It’s no surprise that left-wing Black Lives Matter propaganda moved her to tears: Dargis is preoccupied with race, valuing racial bean-counting in movies over artistic excellence and even suggesting the federal government may have to step in to even things out.

Powerful, infuriating and at times overwhelming, Ava DuVernay’s documentary “13TH” will get your blood boiling and tear ducts leaking. It shakes you up, but it also challenges your ideas about the intersection of race, justice and mass incarceration in the United States, subject matter that could not sound less cinematic. Yet Ms. DuVernay -- best known for “Selma,” and a filmmaker whose art has become increasingly inseparable from her activism -- has made a movie that’s as timely as the latest Black Lives Matter protest and the approaching presidential election.

The movie hinges on the 13th Amendment, as the title indicates, in ways that may be surprising, though less so for those familiar with Michelle Alexander’s 2010 best seller, “The New Jim Crow: Mass Incarceration in the Age of Colorblindness.” Ratified in 1865, the amendment states in full: “Neither slavery nor involuntary servitude, except as a punishment for crime whereof the party shall have been duly convicted, shall exist within the United States, or any place subject to their jurisdiction.” As Ms. Alexander underscores, slavery was abolished for everyone except criminals.

....Now, with the United States having 25 percent of the world’s prisoners, a disproportionate number of whom are black, mass incarceration has become “metaphorically, the new Jim Crow.”

Republicans get predictably smacked around, while Democratic Party opposition to the civil rights movement is skipped over:

....In its first 30 minutes, the documentary touches on chattel slavery; D. W. Griffith’s film “The Birth of a Nation”; Emmett Till; the civil rights movement; the Civil Rights Act of 1964; Richard M. Nixon; and Ronald Reagan’s declaration of the war on drugs. By the time her movie ends, Ms. DuVernay has delivered a stirring treatise on the prison industrial complex through a nexus of racism, capitalism, policies and politics. It sounds exhausting, but it’s electrifying.

With few exceptions, the movie’s voices -- including most of its several dozen interviewees -- speak in concert. Some (like a galvanizing Angela Davis) are more effective and persuasive than others; at least one -- Newt Gingrich, speaking startling truth to power -- is a jaw-dropper. Even with its surprise guests, the movie isn’t especially dialectical; it also isn’t mainstream journalism....

What on earth is Communist Angela Davis doing anywhere near a documentary criticizing prisons? This is the same ‘60s radical and former fugitive wanted for murder who sided with Communist thuggery, backing the imprisonment of Soviet political dissidents, whom she called common criminals, and defending the Soviet invasion of Czechoslovakia in 1968. The Times’ photo caption benignly called her “Activist and scholar Angela Davis.”

After giving points to Gingrich for speaking truth to power, Dargis hit out at another Republican featured in the documentary.

Ms. Alexander has been criticized for oversimplifying the origins of mass incarceration in “The New Jim Crow.” This may account for why Ms. DuVernay, in perhaps a bid to pre-empt similar criticism, does include a few divergent voices, including the conservative lobbyist Grover Norquist, who frankly comes off as an exemplar of blinkered power and racial myopia. He pops up in a section on the rise off mass incarceration during the 1980s that’s tied to crack cocaine and the racial gap in arrests and sentencing. Mr. Norquist puts the onus for this disparity on politicians (calling out United States Representative Charles B. Rangel, another interviewee), stating that it had nothing to do with -- as he puts it -- “mean white people.”