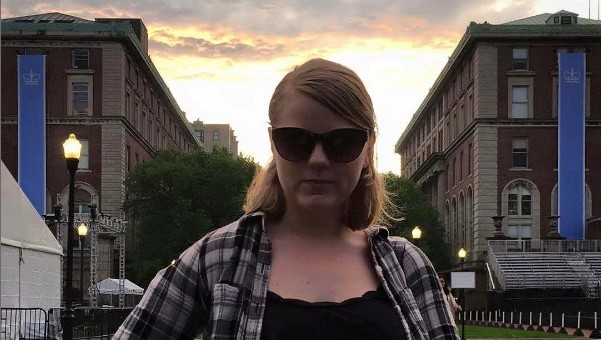 The Obama administration once again rode to the rescue of U.S. Muslims persecuted by Republicans. That’s the takeaway from Monday’s lead National section story by Katie Shepherd (who claimed without evidence that "anti-Islamic rhetoric and discrimination surges this presidential election year"): “To Township, It’s a Zoning Issue. To Justice Dept., It’s Discrimination – The Federal Agency Emerges as a Bulwark For American Muslims.”

The New York Times covered the controversy over the proposed Ground Zero mosque in similar positive fashion, while sliming critics of the project as Islamophobes.

For nearly 10 months, a Muslim congregation in the Philadelphia suburb of Bensalem, Pa., pleaded with township officials to allow the construction of a mosque, paying for expensive traffic studies, repeatedly explaining Islamic practices, revising and re-revising design plans, and then receiving the final word: No.

Then last month, the Justice Department stepped in, charging that the Bensalem Township zoning hearing board had violated federal religious land-use laws by denying the congregation’s application after it had granted zoning exemptions for other religious construction projects.

“We were just asking for our mosque, and we just wanted to be treated like everyone else,” said Imtiaz Chaudhry, a physician and member of the Bensalem Masjid congregation.

As anti-Islamic rhetoric and discrimination surges this presidential election year, the Justice Department is emerging as a bulwark for embattled American Muslims. Vanita Gupta, who heads the department’s civil rights division, said terrorism abroad and at home had led to “an uptick in hate-related incidents against the Muslim community,” a surge not seen since the aftermath of the Sept. 11, 2001, attacks.

The Justice Department’s efforts in a series of cases like the Bensalem suit stand in contrast to the political environment in which the department operates. The Republican presidential nominee, Donald J. Trump, repeatedly denounces “radical Islam,” has declared that he would not allow Muslim immigrants into the country and feuded for days with a Muslim family whose son died in combat while serving in the Army.

A Republican candidate challenging House Speaker Paul D. Ryan in a primary in Wisconsin suggested last week that “Muslim-Americans have been fighting on both sides of the war” on terrorism. Shouting matches over Islam are regular features outside Mr. Trump’s rallies.

Then, in the Times telling, the Obama administration rode in to save the day against Republican xenophobia.

Against that tide, the executive branch has tried to make the country more hospitable to Muslims. The Justice Department has taken up land-use cases like the one in Bensalem, religious discrimination in the workplace and at school, and hate-crime cases, and it has deployed community leaders to educate people on Islam.

To be sure, the department has pursued religious discrimination cases involving Muslims since the Sept. 11 attacks. But in the past nine months, after terrorist strikes in Nice, France; Paris; San Bernardino, Calif.; Brussels; and Orlando, Fla., the tension has grown, officials say, and the Justice Department’s efforts have increased.

Lacking firm figures to prove America was an Islamophobic nightmare land, the Times scoured the country for a few thin anecdotes.

Since November, the Justice Department has established the “Combating Religious Discrimination Today” campaign and taken part in a series of anti-discrimination efforts to celebrate religious pluralism. The department successfully litigated hate crime charges against a Florida man who threatened to firebomb two mosques near St. Petersburg, Fla., and against another man who ripped a hijab from a woman’s head on a flight over New Mexico. Federal prosecutors have filed friend-of-the-court briefs citing the religious land-use law to encourage courts in Texas and Florida to order prisons to provide halal meals and to accommodate Muslim inmates who grow beards and wear religious caps.

To the Justice Department, the Bensalem case stood out. In the past, the township’s zoning hearing board granted variances to an Indian Orthodox church, two Hindu temples and several faith-based private schools, among other religious institutions.

However, when the Bensalem Masjid congregation applied for the same type of variance, it did not get one. The congregation’s request was officially denied because zoning hearing board members said they thought the mosque should ask for the property to be officially rezoned -- a long, difficult process that other religious groups had not been asked to undertake. Along the way, the board members pressed for traffic studies and demanded more parking spots in the congregation’s plans. The official complaint against the township charges that such concerns were veiled discrimination.

Accusations that religious discrimination is being disguised as common regulatory decision making have increased in recent months. Several mosques in Northern Virginia have reported similar denials for plans to build mosques.

At the Justice Department’s round-table discussions, Christians, Jews and members of other faiths voiced worries that anti-Muslim discrimination could lead to renewed discrimination against other religions, Ms. Gupta said.

For context, the Times could have noted the absolute ban on Christian churches and Jewish synagogues in Saudi Arabia and the general repression of other faiths in Islamic nations. The Times concluded by letting a local mosque supporter take the guise of a historic civil rights advocate.

Dr. Chaudhry said the township’s Muslim congregation was standing up for its right to worship.

“Having a mosque there is kind of like Rosa Parks sitting in the front of the bus,” he said, “and they want to push us to the back.”