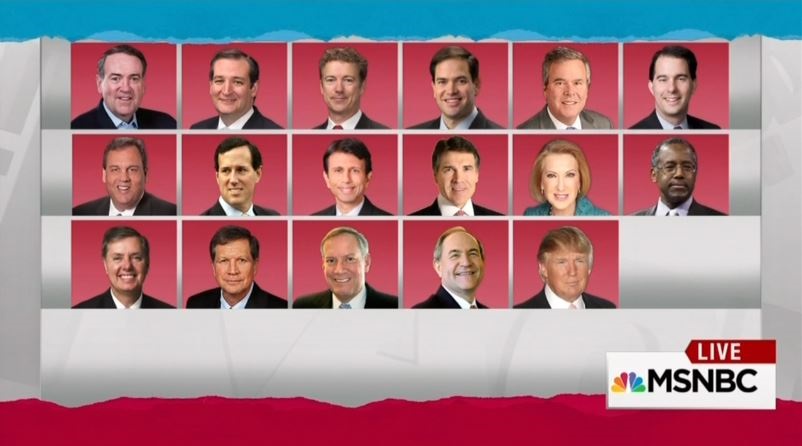 The New York Times Sunday Book Review featured former book editor Sam Tanenhaus talking about several news political tomes under the rubric “Why Populism Now?” And when we say “talking about,” we mean using the books as a pretext to slime Republicans as demographically doomed, out-of-touch racists. Also: Libertarians give you cancer.

Tanenhaus is author of a slim 2009 volume of wishful thinking called The Death of Conservatism (it came out during the Tea Party revival) and has been threatening for this entire millennium to write a biography of conservative legend William F. Buckley. A May 19, 2000 story in the Times says Tanenhaus “is writing a biography of Mr. Buckley.”

Some copy editor must be having a running joke at Tanenhaus’s expense, since 16 years have passed and Tanenhaus is still slaving away: “Sam Tanenhaus, a former editor of the Book Review, is the author of The Death of Conservatism. He is writing a biography of William F. Buckley.” Stephen King he's not. 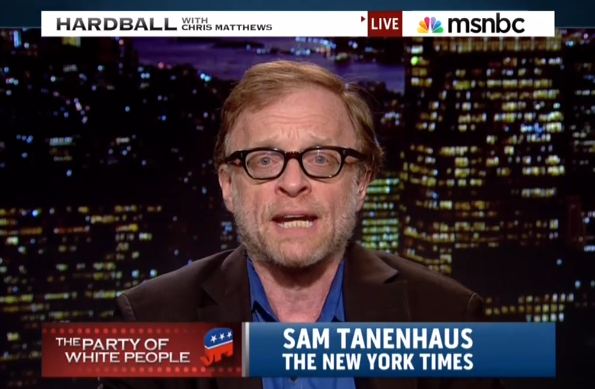 Tanenhaus called F.H. Buckley (no relation), author of The Way Back: Restoring the Promise of America a “conservative who subscribes to the flat-earth theory that the federal government’s ‘homeownership policies,’ rather than the sharklike practices of subprime lenders, ‘were plausibly the proximate cause of the Great Recession.’”

If this class warfare waged from above sounds familiar, it’s because it is now the refrain of today’s angriest Americans. No, not the supporters of Donald Trump and Bernie Sanders. They are simply shopping for new models, as impatient voters in our consumers’ republic tend to do when no incumbent is running. The rage is coming from elsewhere, from the conservative elite, who feel betrayed by a base that used to fall in line behind whomever the party chose for them at election time, but now is rising up in childish or addled rebellion....

How different it all looked only a few years ago, in the aftershock of Mitt Romney’s defeat, when the Republican National Committee withdrew for a period of spiritual healing and emerged with the “Growth and Opportunity Project,” better known as the “autopsy report.” It recommended trying a little tenderness. If only Republicans crayoned their principles in soothing pastels, new converts -- blacks, Latinos, millennials -- might flock to the tabernacle and add their voices to the small-­government chorus. At the time the autopsy was greeted as strong medicine, at least by liberals, since it parroted what they’d been saying. But the hard-­liner Rush Limbaugh responded with disdainful mirth.

To read Going Red: The Two Million Voters Who Will Elect the Next President — and How Conservatives Can Win Them by Ed Morrissey, is to see why. Morrissey has swallowed the autopsy whole, repackaging its pablum in a “field guide” for Republicans hoping for better results in seven battleground states. The demographics may not look great in a diverse county like Prince William, Va. -- with its 22 percent Latino, 22 percent African-American and 8.4 percent Asian population -- but demography, Morrissey pleads, needn’t be fate. Still, what sounds at first like naïve hopefulness soon blurs into cynicism since the answer Morrissey gives, time and again, reduces to “messaging” and “tone.”

Why the fetish for message and tone? Perhaps because what George Will and others call our “conservative party” has little to attract voters not already grouped around the free-market campfire.

He called The End of White Christian America by Robert P. Jones “quite possibly the most illuminating text for this election year,” which strongly hinted on a racist bent among the Tea Party and Christian conservatives in general. No surprise, given Tanenhaus has previously displayed anti-conservative hostility by dishonestly tracing the modern conservative movement back to a foremost slavery defender of the early 19th century, secretary of state John C. Calhoun.

Tanenhaus has no problem lumping all right-of-center citizens into one big, undifferentiated racist ball while skillfully dodging the actual term.

Trump’s success with such [Tea Party-type] voters caught many by surprise. How could this Manhattan libertine outperform Ted Cruz, the preacher’s son with a command of biblical verse and brimstone oratory -- and in the South, of all places? Jones has the answer, in his chapters on church attitudes on desegregation in the 1950s and same-sex marriage half a century later. A manifesto like James Dobson’s “Marriage Under Fire,” published in 2004 and presaging later pleas for “religious liberty” -- that is, church-sanctioned bigotry -- echoes the hellfire screeds delivered by massive resisters, including clerics, after the Brown v. Board of Education decision of 1954. The linking theme was ungodly carnal mixing. Race and sex were big themes in the 1970s too, when the Christian conservative movement was forming. Activists like Paul Weyrich got little traction until they changed the subject from abortion and school prayer to “the federal government’s crackdown on Christian schools that banned interracial dating,” Jones points out, drawing on the work of the religious historian Randall Balmer.

Trump may stumble through “two Corinthians,” but he has mastered the more important scripture of the evangelical right. His suggestion that the world’s most dangerous places include Oakland, Calif., and Ferguson, Mo., may not be the favored idiom of George Will’s “conservative party” in 2016, but Strom Thurmond would have agreed with every word back in 1964, the year he converted to the Republican Party, new home to ­anti-civil-rights politics, guided by its presidential nominee, Barry Goldwater.

Tanenhaus briefly admitted that “2016 has also given us a populism of the left, in the stooped person and Brooklyn growl of Bernie Sanders.” But he was far less vicious in examining the left. Leaving no one out, Tanenhaus’s review of Jeff Nesbit’s Poison Tea: How Big Oil and Big Tobacco Invented the Tea Party and Captured the GOP took a nasty jab at pro-cancer (?) libertarianism.

...A chapter on a Minnesota town’s law against public smoking is a tiny seminar on the mechanics of ­influence-peddling -- complete with libertarian alarms that outdoor-­smoking bans would diminish our cherished “personal freedoms” to kill ourselves and others with cancer.