New York Times' Brexit-Bashing Gets Smug and Juvenile: ‘Hell Is Other Britons’ 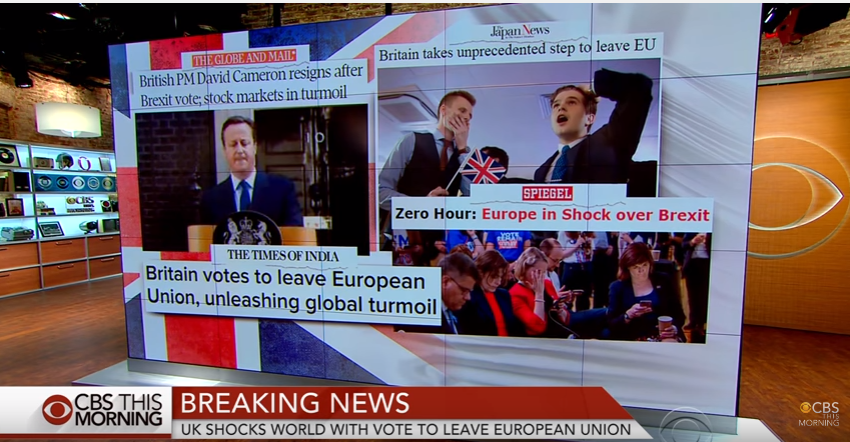 The New York Times is still singing the Brexit blues. The Times Sunday Review was full of fretful opinions in the aftermath of the “Leave” vote. Mark Scott, the paper’s European technology correspondent, announced he was becoming an Irish citizen (while still apparently residing in Britain and retaining his British citizenship) in “Why I’m Choosing to be Irish.” Former Labour Prime Minister Tony Blair contributed “Brexit’s Stunning Coup.”

But for fans of 190-proof lefty smugness, the section highlight was the contribution by a sensitive soul stifled in hell (i.e., the south of England), Tom Whyman, a lecturer in the Philosophy Department at the University of Essex: “Hell Is Other Britons.” Specifically, his neighbors in Alresford, U.K. Someone at the Times actually liked this piece so much they plucked it from Whyman’s personal website and plopped in on the front of the Sunday Review.

In summer, the land around Alresford, the rural market town in the south of England where I grew up, blooms in a way that seems almost terrible.

According to Whyman, Alresford is a horrid place where “people own homes, save for pensions and vote to leave the European Union -- as 55 percent of the population of Hampshire county did on Thursday.”

Sometimes, in the summer, I walk up the hill and I look out over it, the housing development on one side and the Georgian town center at the bottom of the other, and I have this fantasy image of how it once was, before Alresford was founded in the Middle Ages, when all of this was untouched: just the wild, untamed nature that it keeps wanting to turn itself back into. And sometimes, I think: I wish that would happen. Because all that humans have ever done here is ruin things.

Alresford is my personal hell.

It's all here: The rebellious teen drama, the “rot below the surface” of so many self-satisfied stories about suburban hypocrisy behind the curtains, plus, out of nowhere, a shot of ageism.

But dig below the surface, and you will find the demons crawling. You can see them in the looks that residents give you when they pass; sneering snobs glaring down their noses with entitlement; small-minded townies, bullying you with eyes that you recognize from the primary school lunchroom; the old people, 80 and above, wearing blank stares. You can hear it in their bothered tutting at the bus stop (especially if they ever hear a visitor mispronouncing the name of the town), the shots that constantly ring out from across the countryside as they set about murdering as many of the local pheasants as they can.

Though Whyman dodges the clichéd phrase, the convenient “Little Englanders” smears hovers like a rotten miasma over the juvenile essay.

And it is impossible to leave Alresford, because Alresford is not just a place: It is an ideology that infects your very soul. Let’s call it “Alresfordism.” It is an ideology of smallness, of contraction, of wanting to curl up in our own personal, financially secure hole and will everything amusing or interesting or exciting in the world away.

Since my late teens, every effort I have ever exerted has been with the intention of escaping Alresford. And yet, I am an early-career academic and so I am forced to move back, every summer, to live with my parents because I cannot afford to pay rent elsewhere after my temporary teaching contract ends. Then, sometimes, I think: What if I’m actually secretly comfortable here? What if I have chosen the security of death in Alresford over the risks of life elsewhere? What if I am in fact fully in the clutches of Alresfordism?

Whyman was so concerned about whether or not his country went down the toilet, he didn’t even manage to vote.

I admit that I was very complacent about all this. I didn’t think one vote would make a difference. And besides, I wasn’t particularly motivated to use my vote anyway. Brexit, supported by some very bad people, would definitely have some bad consequences, but on the other hand, who knows what positive effects it might have? I wasn’t willing to endorse it, but, hey, I certainly bought the argument that it might be a worthwhile shake-up to the system.

His view evidently changed after the murder of Parliament member Jo Cox, apparently by a far-right supporter.

In short: Do we open ourselves up to new things, even if they might be unfamiliar, risky, unexpected, sometimes even undesirable? Or do we close ourselves down: a small island, trapped in its own smallness? So I knew which way I had to vote. This was a referendum on Alresfordism.

There was some pointless travail about how bad luck on the railway prevented him from getting to Essex to cast his “pointless” vote.

Brexit is the result of a deep nihilism among the British public. This nihilism has not just emerged recently; I’ve lived alongside it my whole life. This is the nihilism of Alresfordism, a security-driven retraction toward death.

Whyman is so far superior to his Arlesford neighbors it’s amazing he can stand living there at all (and could you call it “living,” really? What his neighbors think of his condescension toward them is another matter.

Whyman warned the world about the dangers of “cupcake fascism” in 2014, a jeremiad that went sadly unheeded.

The Times wasn’t done. In his front-page story Monday, Steven Erlanger called the vote, which was long anticipated and was scheduled four months ago, a “drastic choice,” in “Labour Party Erupts in Revolt as Head Is Challenged.”

Britain’s political crisis intensified on Sunday after its decision to leave the European Union, with the opposition Labour Party splitting into warring camps, Scotland’s leader suggesting that its local Parliament might try to block the departure and many Britons wondering if there was a plausible way for the nation to reconsider its drastic choice.

Reporter Stephen Castle seemed to be savoring schadenfreude in “Some ‘Brexit’ Backers Hedge on Promises.”

Before Thursday’s referendum on the country’s membership in the 28-nation bloc, campaigners for British withdrawal, known as Brexit, tossed out promises of a better future while dismissing concerns raised by a host of scholars and experts as “Project Fear.”

But that was before they won.

Supporters of the “Remain” side have angrily attributed the victory for “Leave” to a campaign of misinformation and even deception...